At around 9:30 PM on December 2, 2014, netizen FJ Castle shares his discovery of a tampered BPI ATM in Bonifacio Global City, the one behind FullyBooked near W-Building, reports The Dailypedia.

He posted the discovery on Facebook to serve as warning to other ATM users who might have used the machine in the past days. Because he had no idea when the tampering actually happened, he advised everyone who used the machine to change their PINs as soon as possible.

According to his Facebook post, FJ Castle was withdrawing money at the BPI ATM when he noticed something odd with the machine. 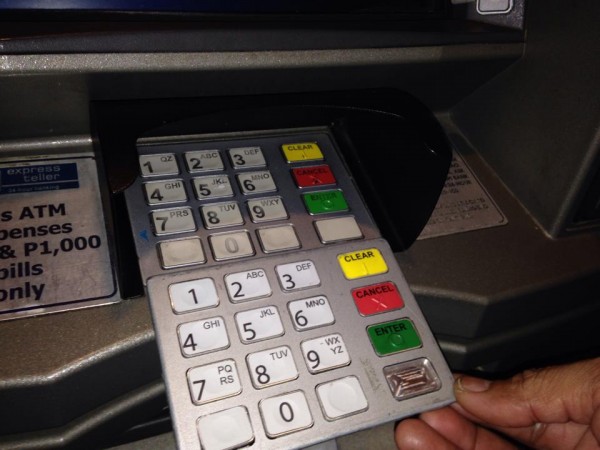 He soon found a dummy keypad embedded with microchips, presumably to record keystrokes made by the ATM user for later use in their withdrawal using fake cards. 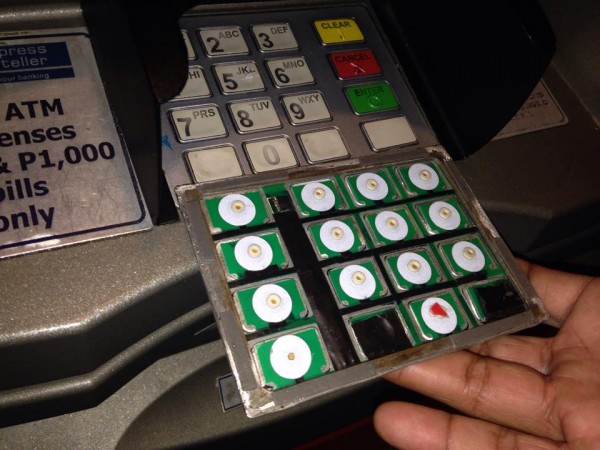 FJ Castle said he found an apparatus (which also had a microchip) on the card slot. Using skimmed data from the card slot, the criminals can create fake cards.

Because they are able to record the card details plus the keystrokes on the keypad, the criminals can duplicate a card and withdraw money from the unsuspecting user’s funds. 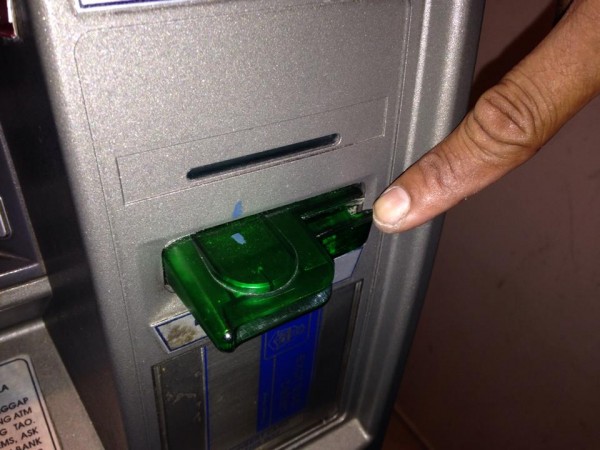 The bank’s clients can be refunded the stolen money but they have to report the incident. The bank will conduct an investigation which could take a few days or a few weeks to finish before they refund the money back!

Imagine what a hassle that would be if it happens to you this coming Christmas season.

Thus, FJ Castle recommends that all people who used the ATM machine should change their PINs immediately. It is also an excellent idea to regularly check your online records for fraudulent withdrawals so these can be reported immediately to your bank.

How to Protect Yourself from ATM Fraud

ATM skimming and fraud is rampant across the country, but most especially in Metro Manila.

To protect yourself from ATM fraud, always be alert for signs of tampering – such as those described by FJ Castle. Sometimes, fraudsters install a tiny camera to record the keystrokes done by the user, so it would be a good idea to cover the keypad with your other hand. However, if the keypad itself is tampered, then that action would be somewhat useless but it often pays to be cautious.

It is better to be safe than sorry.

Also, make sure to change your PIN immediately after suspecting that the ATM you used looks weird or tampered. Trust your gut instinct.

If you discover something odd, weird, or out of place, report it to the bank staff immediately.