An Italian guy captured a lovely photo of a glowing ‘angel’ in the clouds near his home in Italy, and he felt he really had to share it for the world to see.

True enough, the picture went viral and people commented that the light streaming down the clouds does look like an angel. Others commented that the photo looks similar to the giant statue of Christ the Redeemer set atop a rocky hill near Rio de Janeiro in Brazil. 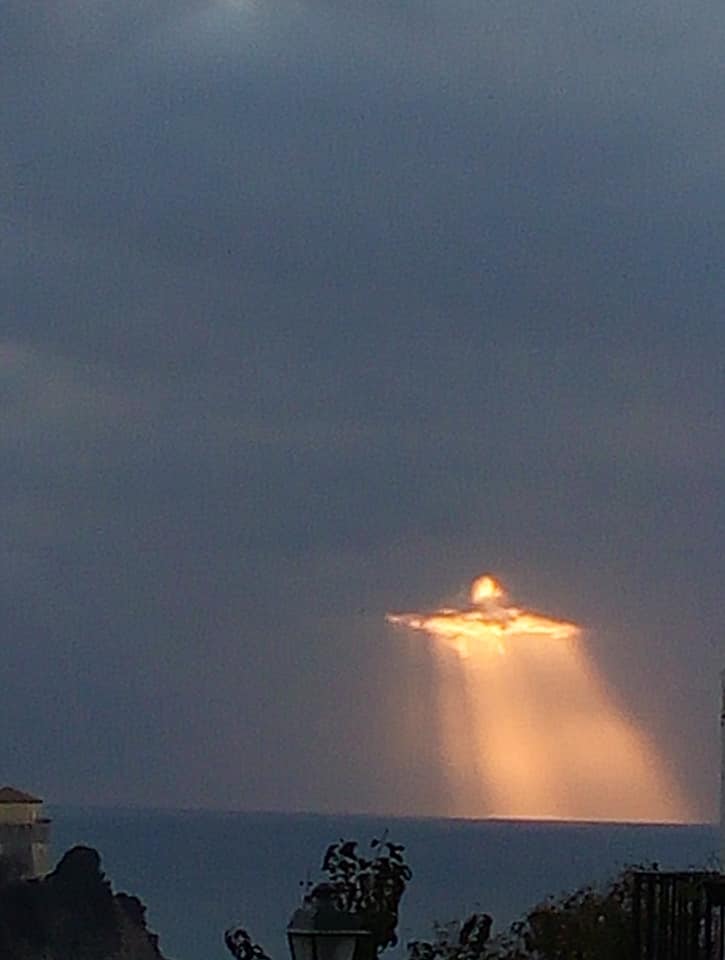 Last Saturday, Alfredo Lo Brutto was at home when he looked out to see the beautiful sight over the Tyrrhenian Sea. He quickly snapped some photos as he though the light looked like a lovely angel over the sea.

“I was enchanted by the view. I don’t often share pictures on social media, but when I took this one, I instantly felt like I wanted other people to see it, because it was so beautiful,” Alfredo would later tell reporters after the post went viral. 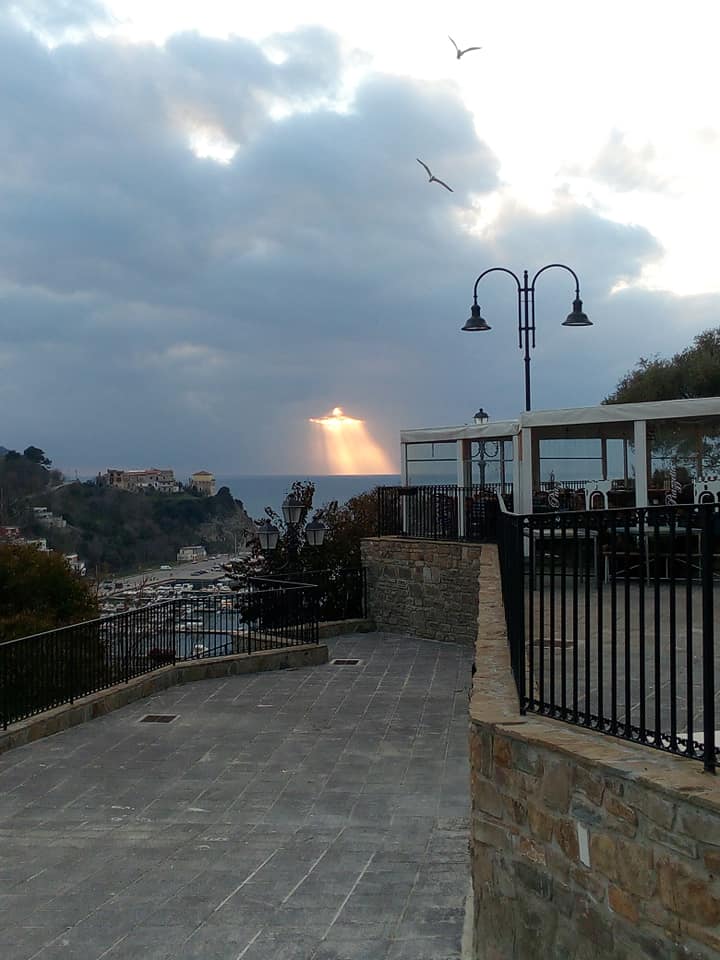 A number of netizens commented that they felt at peace after seeing the angel in Alfredo’s photos. Others said that this angel showing through the clouds brings a message to people, perhaps reminding everyone that there is still hope left in this life. 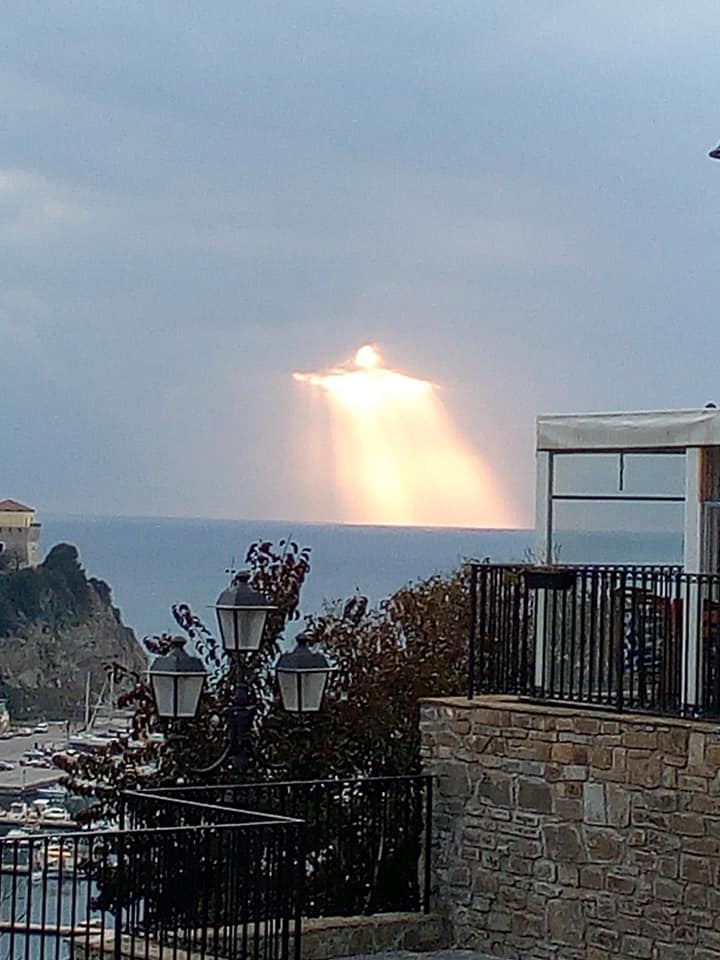 Others were not so easily impressed, however. A number of netizens pointed out that this ‘angel’ was really just a stream of light passing through the clouds and that people are just creating new meanings there when nothing really existed. Of course, that’s true – and other netizens said they know that already but still want to hold on to the belief that this was an angel that brings a message of hope and love to the world… 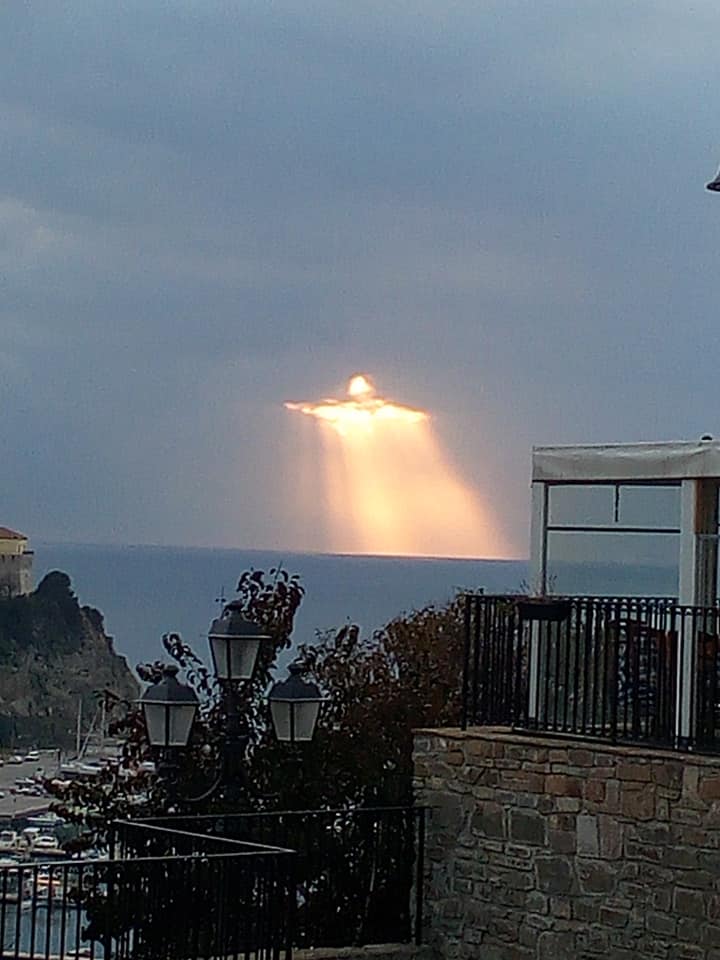 What do you think of this lovely angel of cloud and light?