With lockdown measures and social distancing rules being implemented in many places, there are plenty of areas that have not seen people for many days. That has, apparently, brought a major impact to animals.

In several places, animals have become free to wander around. While penguins were able to have fun taking a ‘field trip’ at a zoo in Chicago, Illinois, there’s a herd of elephants that wandered into a village in Yunnan, China. They foraged the plants and accidentally found vats of corn wine being stored in a farm they visited. 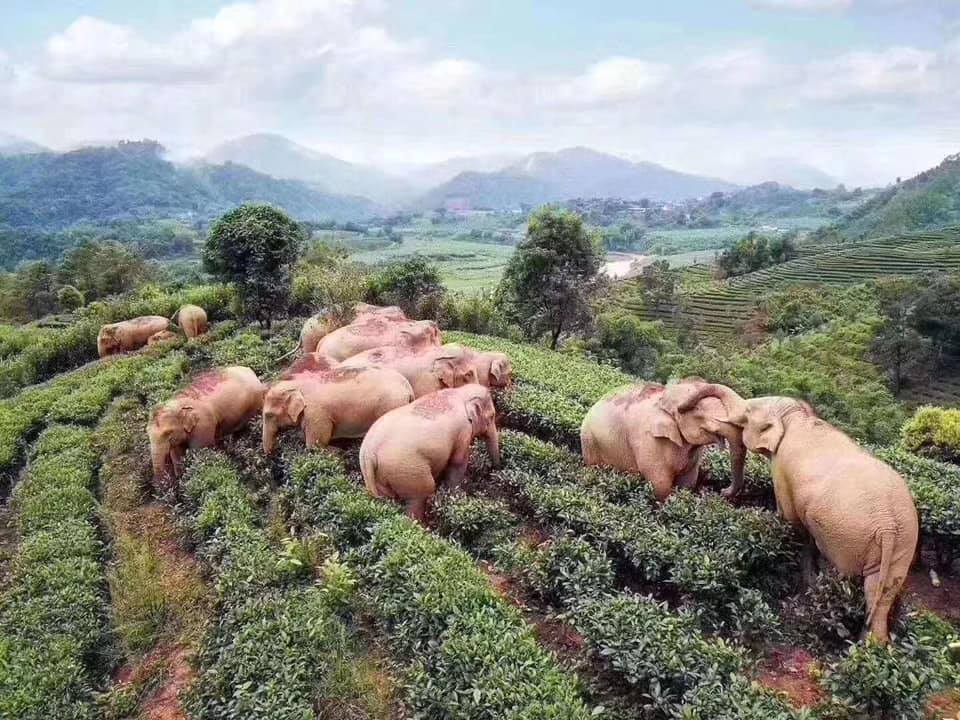 Photos from the elephants’ escapade amused many netizens who thought it was cute that these animals took over the farm and were later found sleeping at a tea garden. It’s just so appropriate! It’s like the animals are reclaiming the Earth from the humans.

“While humans carry out social distancing, a group of 14 elephants broke into a village in the Yunan province, looking for corn and other food. They ended up drinking 30kgs of corn wine and got so drunk that they fell asleep in a nearby tea garden,” posted Facebook page Epicalyptic on Wednesday.

The post amused a lot of netizens who shared similar experiences with animals getting drunk.

“So funny. And you should see them walk when they are drunk. funny as all get out. They lean against each other to hold each other up and when one goes down they all start falling. They do seem to have a smile on their face,” one netizen wrote. 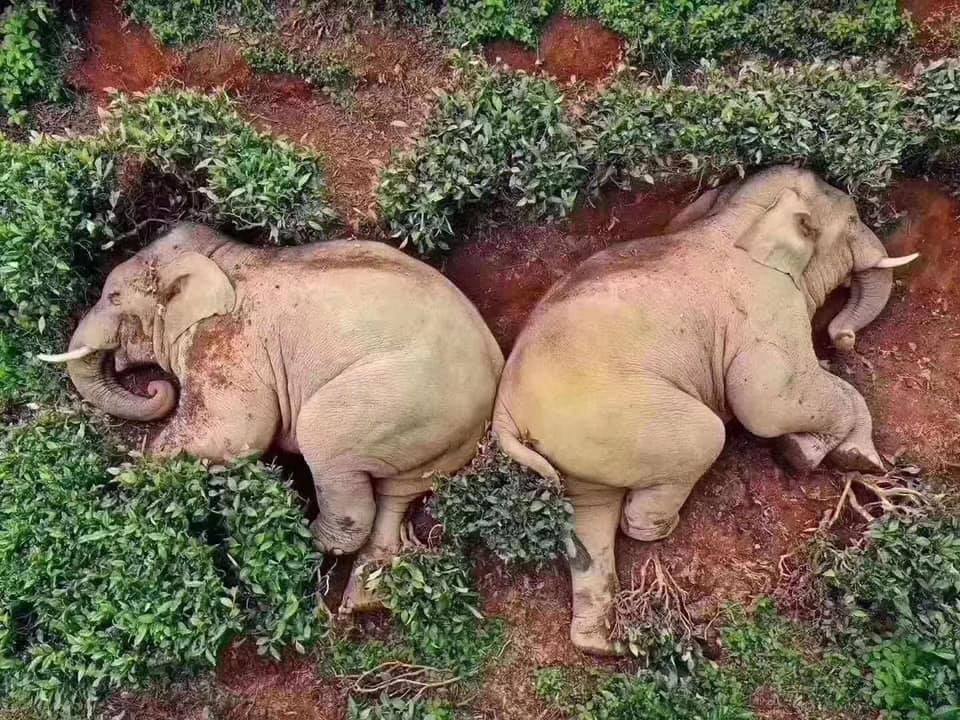 “My old Shetland pony did this once he broke into the orchard and spent half the day eating all the rotting windfalls from the trees, by the time I found him he looked seriously worse for wear,” one shared.

But not everyone was amused.

“This is NOT something fun. Seriously, if their habitat is intact, why the elephants come to the village for food. This reflects the deforestation and loss of natural habitat due to excessive agriculture activity and land development!” one wrote.

Can Animals Get Drunk?

There is plenty of research to show that animals do get drunk and could act similarly to humans in terms of having trouble standing up or walking and other drunk behaviors.