In many Filipino households, yayas (nannies) and helpers have played major roles in caring for children and ensuring their well-being; although most are stuck in the position they are, until they ‘graduate’ to mayordoma (female butler) status when they get older.

Thankfully, there are also employers who care for their household staff and later send them to school so they can have a better shot at improving their lives and becoming successful in another field, in a professional level!

One of these is the family of Roland Benzon of Quezon City. On March 26, 2017, Benzon shared photos of his son Joshua and his nanny, Lucille Guiquin.

The first photo was taken 10 years ago while the second was taken on the day he posted the collage. The second photo shows the nanny clad in a toga, hugging her now grown up ward. 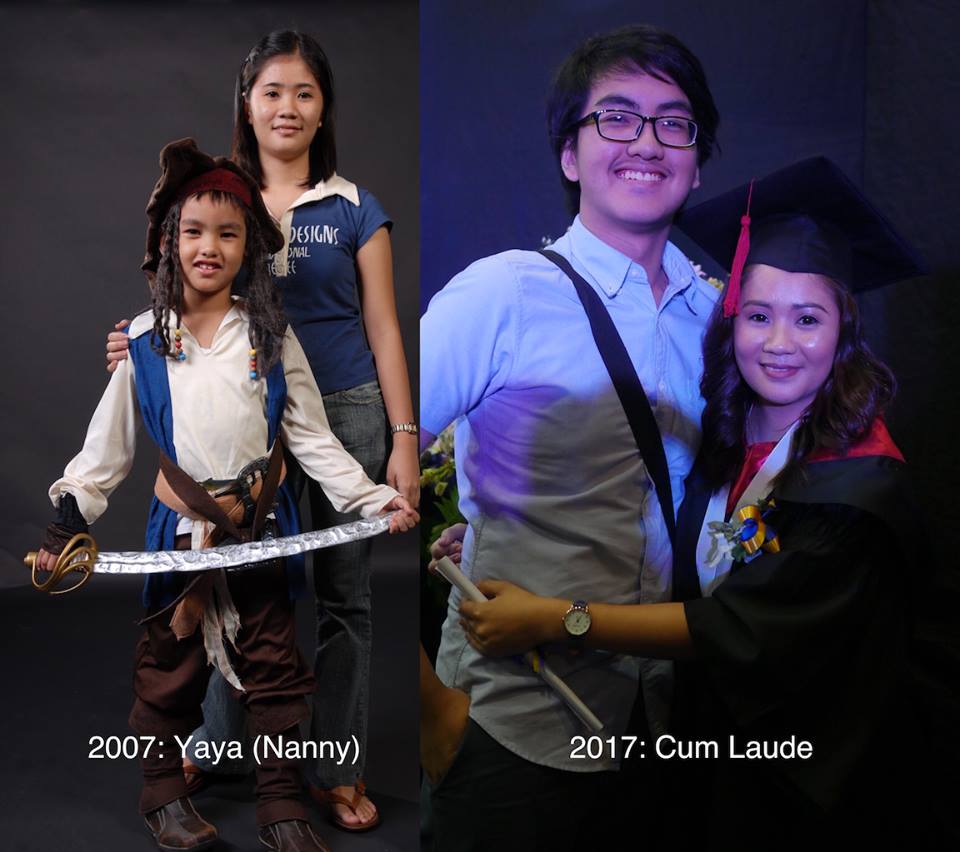 In return, the family promised to send her to school when Joshua turns 10. They made good on that vow and sent her to college.

But even if they paid for her tuition fees, she made sure to keep her grades high so she could get a scholarship from the school. She also saved up her own money to buy a laptop so she could finish her course requirements on time.