MANILA, Philippines- An article published by risephillippines.com has reported that Davao City Mayor Rodrigo Duterte threatened to burn the flag of Singapore during a political rally at Daet, Camarines Norte. According to the report, the mayor said the controversial statement after he allegedly received reports that the Singaporean Embassy is planning to file charges against some of his supporters who posted a photo of Singaporean Prime Minister Lee Hsien Long apparently endorsing the presidential candidate. 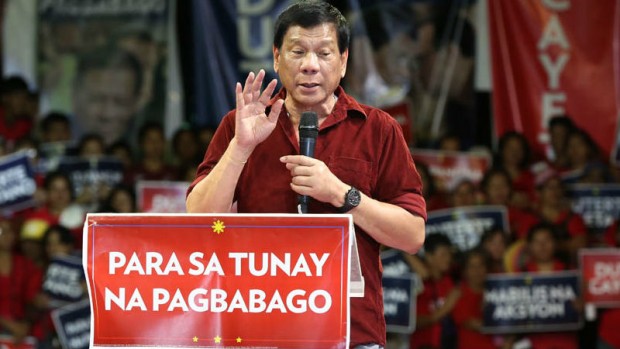 However, a certain Nikko A. Pepito who claimed he was present during Duterte’s rally in Daet commented: “I was there in the rally at Daet peru I think wala man syang sinabi na ganyan not sure or na miss ko yang part nayan peru I know i listened attentively wala akong narinig,” he wrote in the comments section of the article.

( I was in there in the rally at Date but I think he never said that or I missed it, but I listened attentively and I never heard him say that.)

Moreover, no video was provided to support the claims of the article.

While there is no proof that Duterte had threatened to burn the Singaporean flag during his recent campaign, The New York Times reported on March 22, 1995 that the presidential aspirant indeed burned the flag to express his outrage over the execution of an overseas Filipina worker in Singapore.

According to The New York Times, Duterte led about 1,000 city employees in burning a Singaporean flag over the hanging of Flor Contemplacion, a FIlipina maid who was convicted of murder of a fellow Filipina maid and a 4-year-old Singaporean child in Singapore.

The report added that Duterte called for a boycott of Singaporean investments and goods in Davao.