Home
News
News & Culture
Why Are Netizens Furious over the Release of Balloons, Sky Lanterns during a Festival in the PH?

The festival, dubbed as the “first ever celebration of lights and colours for a cause”, was organized by Triple 8 Travel. A video of the release of 5,000 balloons and sky lanterns circulated on social media and quickly drew flak as netizens and environmentalists expressed their concern over the possible negative environmental impacts of such activity. 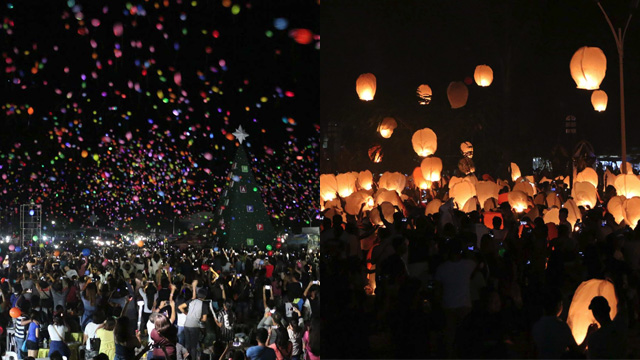 Shortly after they received negative criticisms on social media, the event organizer posted its official statement on Facebook.

In its statement, Triple 8 Travel said that the event was approved by the Department of Natural Resources and that they took extreme measures to guarantee that there will be “zero to minimal environmental damages”.

It also stressed its use of hydrogen gas to inflate the balloons. Triple 8 Travel also claimed that the balloons flew directed to the city so that easier waste disposal can be achieved.

On the other hand, they also emphasized that the sky lanterns used were 100% biodegradable and non-toxic. Moreover, Triple 8 Travel Tour also said that Alaminos City government hired “SCUBAsureros” to dive at coastal areas near the Hundred Islands to collect garbage under the sea.

Save Philippine Seas (SPS), an independent movement that aims to protect the country’s threatened marine resources, wrote to the organizer of the event and questioned several details they mentioned in their statement.

According to SPS, not all events approved by the DENR are eco-friendly.

Contrary to the organizer’s claims, SPS stressed that there is no guarantee that all the balloons and sky lanterns released will end up in the city.

Biodegradable materials, according to SPS, takes months or even years to biodegrade. Thus, lanterns will become trash and marine debris in the meantime.

Moreover, SPS is also doubtful if the SCUBAsureros will be able to collect all 5,000 balloons and sky lanterns released during the event.

Here are some alternatives to releasing balloon and sky lantern during events.