It is said that mothers would do anything and everything to save their baby’s life but this does not just apply to humans but even to animals as well! A mother monkey in India has recently gone viral for fighting a dog just to save her infant’s life.

The incident happened at a busy street in New Delhi, India.

Because baby monkeys are really just as playful as human babies and kids, this particular infant had some fun in the street one day but got hit by a scooter as it played among the passing vehicles. 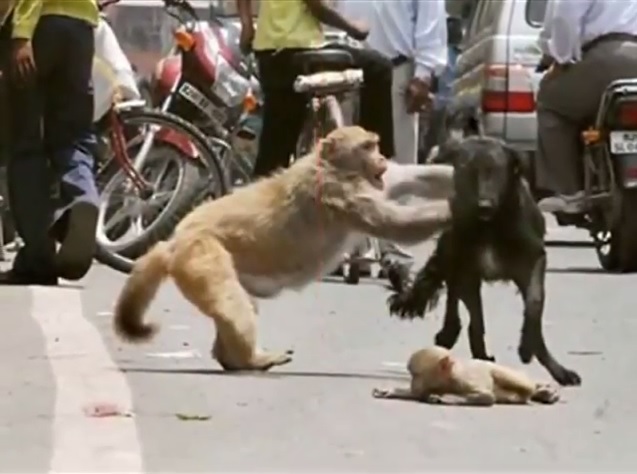 According to NTD TV, the baby monkey had tried to scamper across the busy road but a passing scooter hit it. As the baby monkey lay injured in the street, a stray dog ran and made a grab for the infant – perhaps thinking it was good enough to eat but the mother monkey noticed what happened.

As fast as she could, the mother rushed to the spot to save her baby from the hungry stray dog. At first, the dog thought he could steal the baby monkey but even though the dog was big, it was no match for the mother monkey’s protective actions. 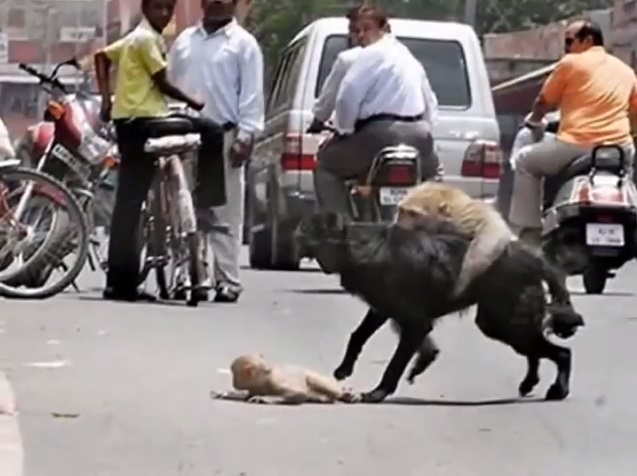 The mother monkey grabbed the dog’s body, pulling it away from the baby while also biting its neck as warning.

The dog must have realized the mother monkey would never let him get near the baby and have it for a snack; so, it gave up and quickly moved away just in case the mother wasn’t finished trying to bite his head off! 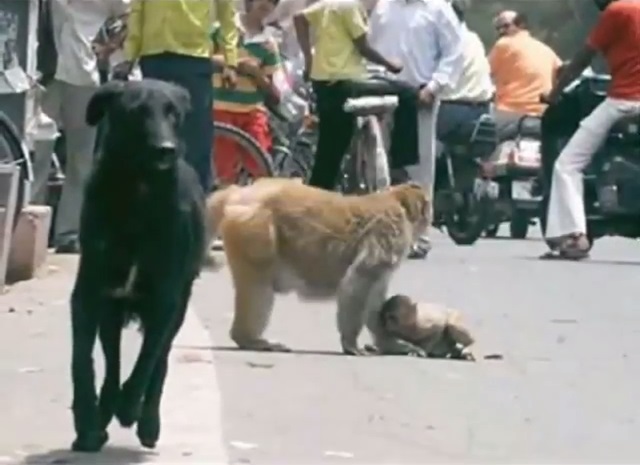 As the dog went away, the monkey mother went back to her infant. Whew!

What Do You Call a Baby Monkey?

Many people would be surprised to learn that just like humans, baby monkeys are also called infants!