A 91-year-old professor has gone viral in an online class photo that surprised a lot of netizens. What’s so nice about this whole thing is that this professor actually loves what he is doing – whether he did it in a real classroom or a virtual one.

These days, so many people are complaining about how hard it is for them to cope with the challenges of online school, particularly because things are just “so difficult” to do online. Yet there is this 91-year-old professor who actually enjoys what he is doing and is teaching his students virtually, like a boss.

That’s exactly how Julia Krohn Mechling described her old dad as she posted a photo of him doing online classes from the comforts of his home.

“My father has been a professor of English at The University of St. Thomas for 50+ years. Here he is, at 91-years-old, embracing virtual teaching like a BOSS. Listening to and watching him teach Homer’s The Odyssey is a true gift. He’s been teaching it for decades, and yet he has the passion and excitement for the text as though it’s the first time. These kids have no idea how lucky they are,” Mechling wrote, sharing a photo of her dad. 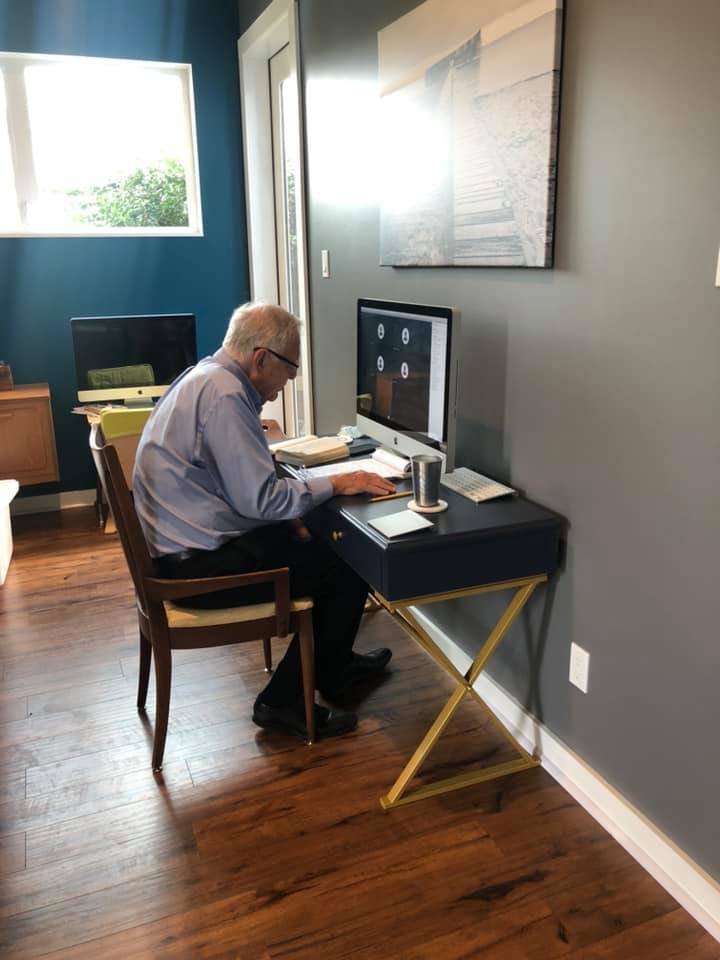 Hunched in front of the computer and seriously doing the lessons, Professor Krohn is in his element as he taught his class Homer’s “The Odyssey”. But a lot of netizens could not help but comment over his outfit as he wore a long-sleeved shirt, black slacks secured by a belt, and black shoes!

“I am 68 and I just wear a T-shirt to do the same thing. He is an inspiration,” one netizen wrote.

What is Homer’s “The Odyssey”?

“The Odyssey” is one of two major Ancient Greek epic poems attributed to Homer. Divided into 24 books, it is one of the oldest extant works of literature. Quite amazingly, it is still read by modern audiences.

The poem tells the story of Greek hero Odysseus, king of Ithaca, and his journey home after he won the Trojan War.