After trying to track down a kindhearted stranger who paid for her groceries, a 29-year-old mother was devastated to hear the awful news about the good samaritan.

According to Jamie-Lynne Knighten, she was out grocery shopping near her home in California when she had a chance encounter with a stranger named Matthew Jackson. The young mom was about to pay when she realized that she left her debit card on the kitchen counter. Left without a choice, Jamie decided to pay using her Canadian credit card. 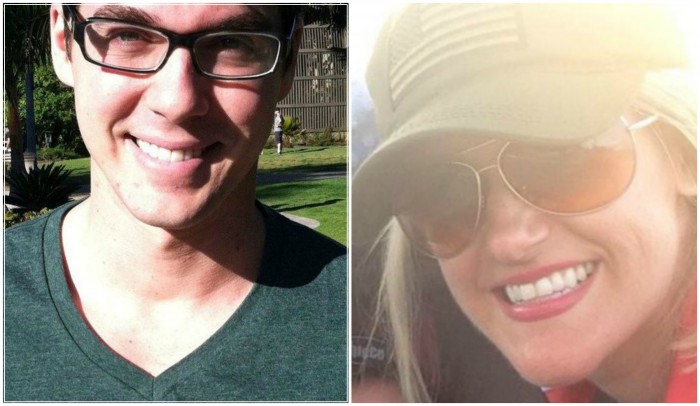 Unfortunately, her credit card was declined because her bank put an anti-fraud hold on it since she was in the U.S. She tried calling her bank but her phone had ran out of battery.

Then came Matthew, a total stranger who offered to pay for her groceries amounting to more than $200. Although Jamie tried to refuse his offer at first, he insisted to do it as long as she promised to pay it forward.

Before the two parted ways, Jamie had the chance to thank Matthew for his kind act and was able to get hold of his name and the place where he works.

A week after their fateful encounter, Jamie decided to call Matthew  at work to thank him. However, she was shocked after hearing the awful news from Matthew’s boss.

“His boss quietly informs me that this incredible human being was in a tragic car accident the very next night and passed away. Not even 24 hours after meeting him. Gone. Just like that,” Jamie said.

Through a Facebook post, Jamie decided to share how the total stranger made impact on her life. Her touching post has caught the attention of Internet users and was even seen by Matthew’s mother LeeAnn Johnson Krymov.

Facebook and Twitter accounts have been set up in honor of Matthew.  The about page of Matthew’s Legacy says: “This amazing human always put others first, please do something extraordinary for a stranger to honour Matthew’s Legacy and help restore faith in humanity.”

Why Do People Help Strangers?

According to an article written for the Huffington Post, humans have biological potentials for caring about other people’s welfare. But these potentials develop based on experience.

As early as a day or two after birth, infants are capable of showing a primitive form of empathy. Infants tend to cry when they hear another infant crying.

When parents point out the positive and negative consequences of the child’s behavior on other people, they are more likely to show empathy for others. Moreover, children raised with love and affection and are guided by positive values are likely to develop positive feelings toward others.