Kids throw a wedding party so their senior dog can marry his best friend before he leaves this Earth. The sweet photos went viral, with many netizens thinking it is so sweet of these kids to do this…

Jennifer Burke and her family have lots of experience providing foster care for senior dogs at their home in Libertyville, IL. 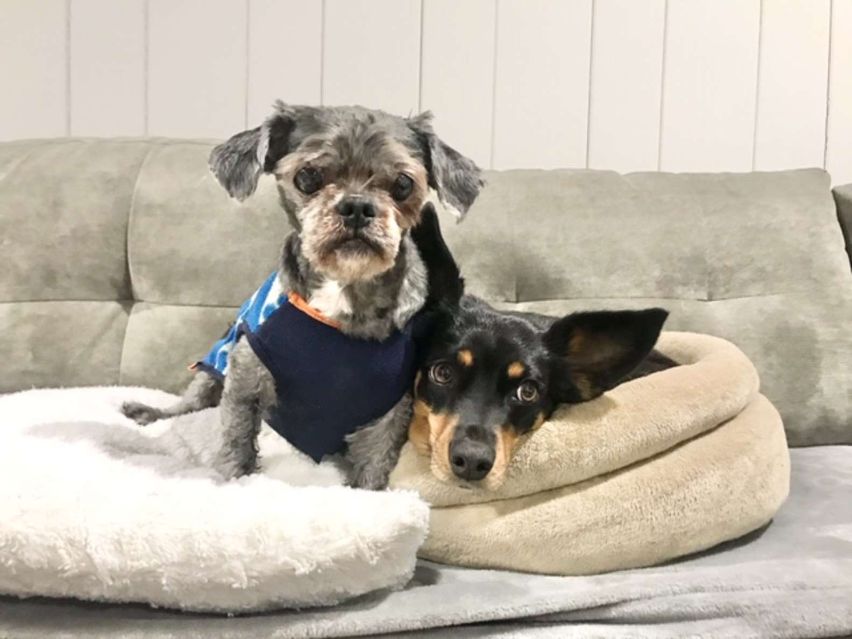 That is why when Newman Nation: Senior Pets United rescued a 15-year-old dog that’s been neglected for most of his life, they immediately knew that Jennifer and her family would have the perfect home for him.

“When Toby first joined our family, he was really scared and timid, in addition to being very sick. He was such a little pathetic mess and we fell in love with him immediately. Shortly after getting Toby, we discovered he was blind, and deaf, which was quite a surprise,” Jennifer said. 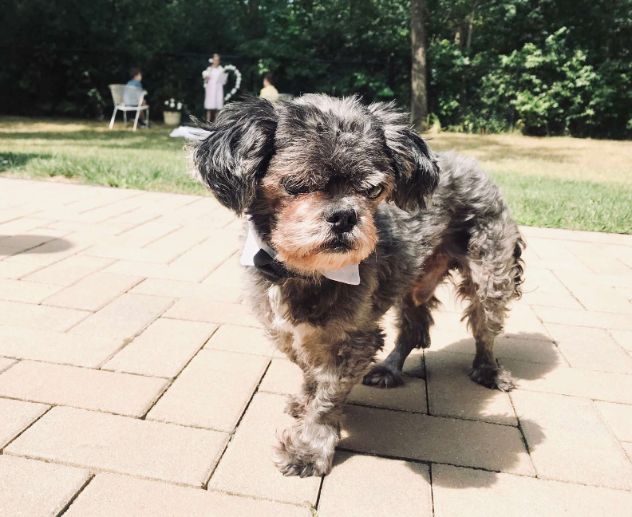 They brought the old dog to the vet where they were told that it is also quite sick, but the family did not hesitate to nurse him back to good health. Months later, you would not think that the cheerful, active Toby they have running around the house is that very sick senior dog with matter fur when he arrived!

At Jennifer’s home, there’s another dog. Rescued from the puppy mill, Zoey is awkward with all other dogs that the family fostered, except Toby. Somehow, the two got along so well and would become the best of friends. 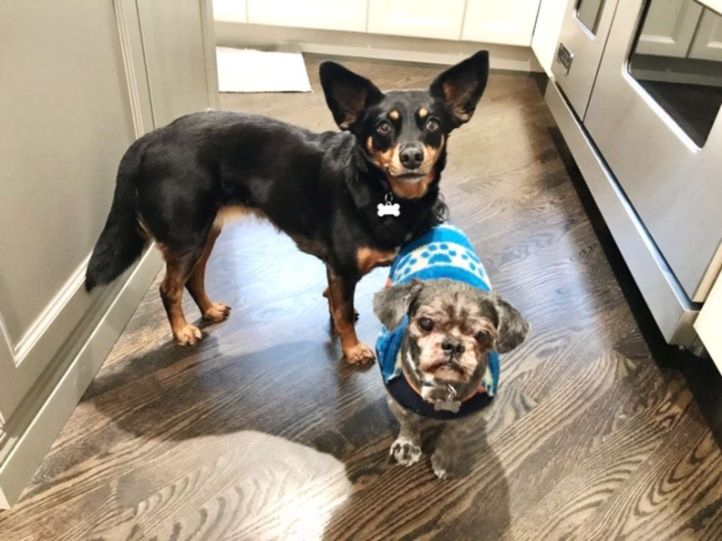 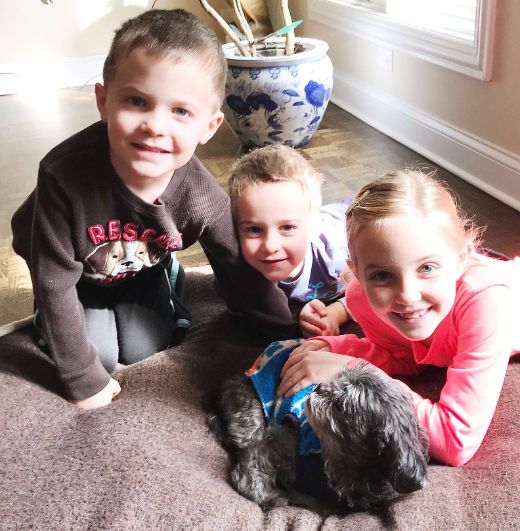 For the nearly 3 years that they’ve been together, the two are inseparable.

“It was really poignant to see two misfits start to figure out friendship and eventually fall in love. They really are an awkward match made in heaven,” Jennifer said.

Recently, the family was told that Toby’s illness has worsened. He was only given months to live. Hearing the prognosis, one of Jennifer’s kids declared that the two dogs should get married before Toby leaves. 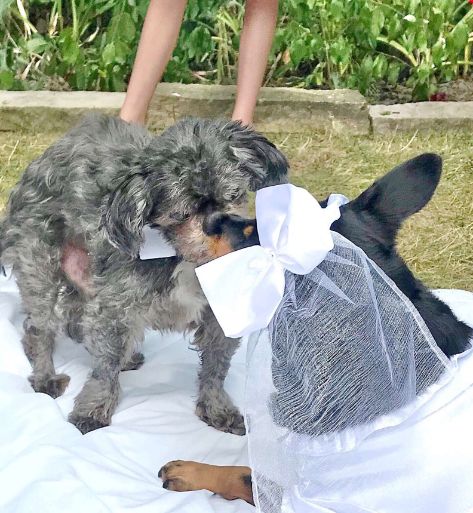 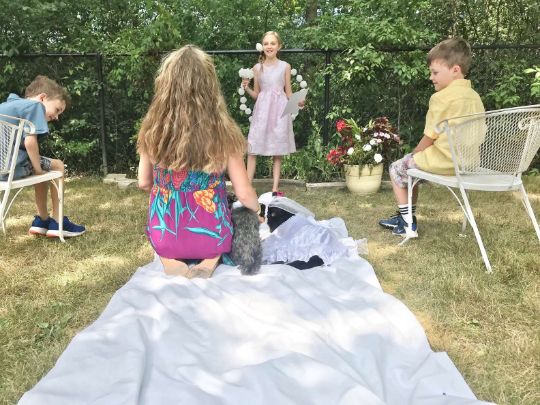 “Immediately, our family agreed. It was a perfect way to celebrate Toby and the really meaningful role he has played in our lives,” Jennifer explained.

“My daughter helped pick out Zoey’s wedding dress and she wrote the dogs’ vows. My boys helped prep the backyard for the ceremony. My husband suggested throwing the wedding on the date of our 12-year anniversary, making the day even more special.” 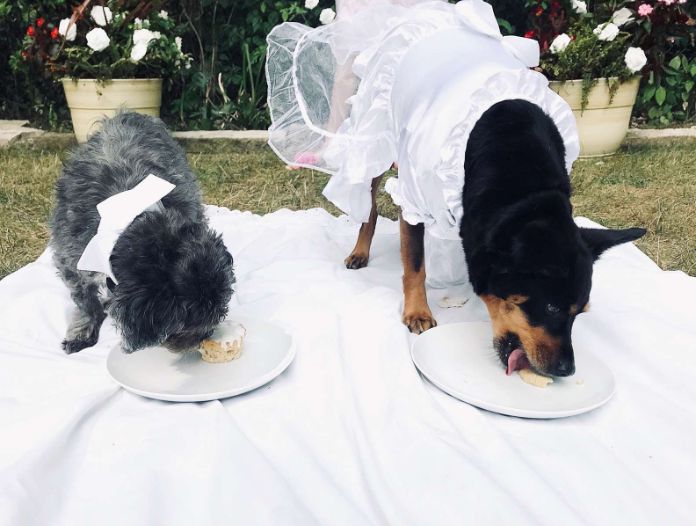 It was a special moment as the dogs were dressed up at the ceremony. Though the dogs didn’t really know what was happening, it was cute to see them enjoy their ‘wedding cake’ and ‘exchange vows’ with some woofs. 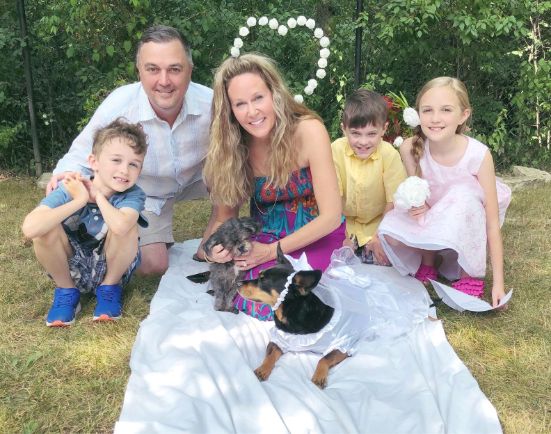 How Long Do Dogs Live?

Dogs usually have a life expectancy of 10 to 13 years. However, there are some dogs who do get to live way past 13 years old. It is rare for a dog to reach 20 years old, though.