Not everyone loves animals, but a lot of commuters at a train station in Israel couldn’t help but smile at an adorable street cat who decided to become the facility’s unofficial pet and mascot.

The street cat discovered a spot at the train station in Petah Tikva, a city near Tel Aviv, that seemed so interesting: right by the turnstiles where all the commuters pass. 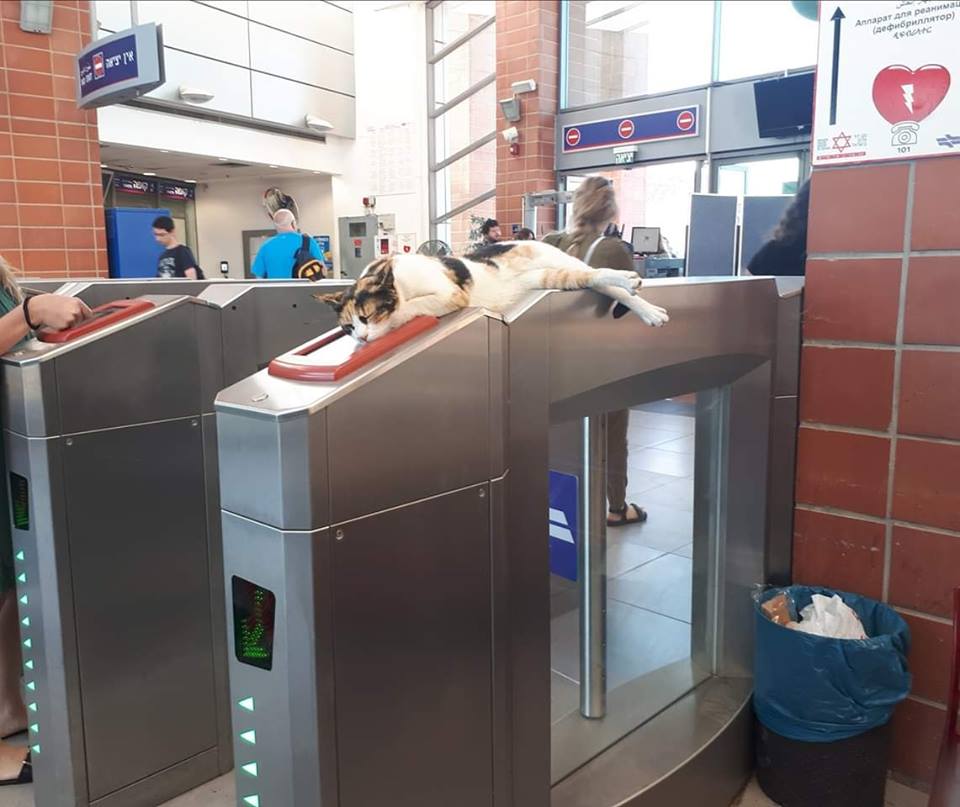 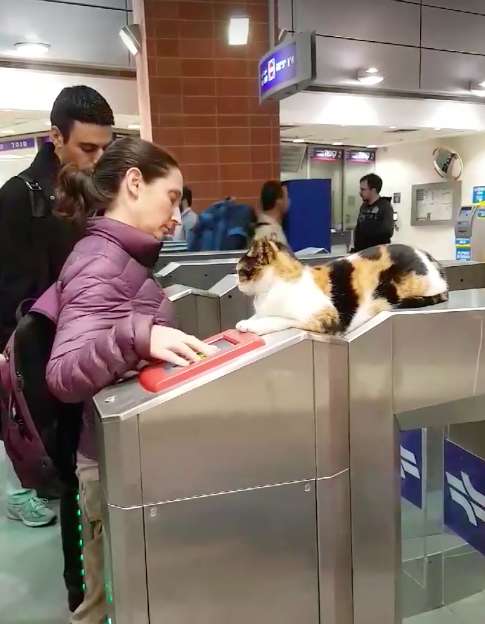 We’re not so sure if Shawarma likes her name, but the cat does enjoy hanging out at the train station day in and day out. The regular commuters have become used to seeing her there – and many tried to befriend her. 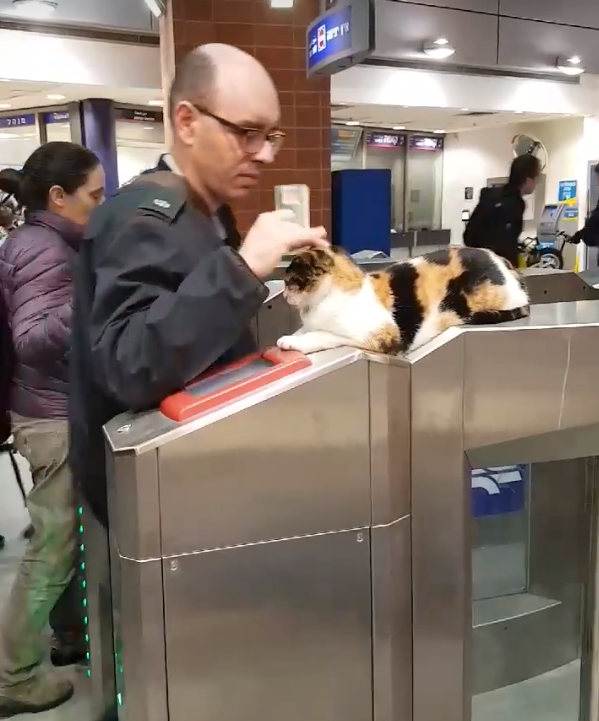 “I was coming back from work. As soon as I got to the gate I saw the cat lying on the gate and it was very cute — it made me smile,” Dan Kashani said. 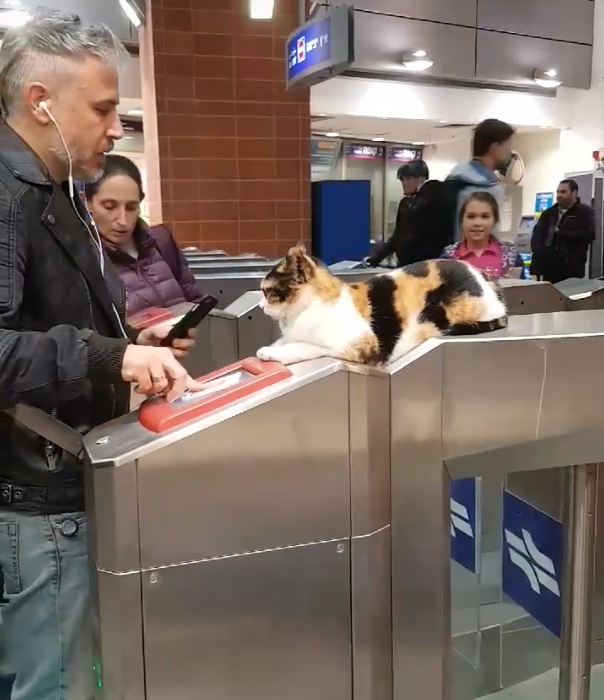 But though Shawarma seems to enjoy watching people, she can be quite picky and unpredictably. In fact, she doesn’t always let people give her a pat! 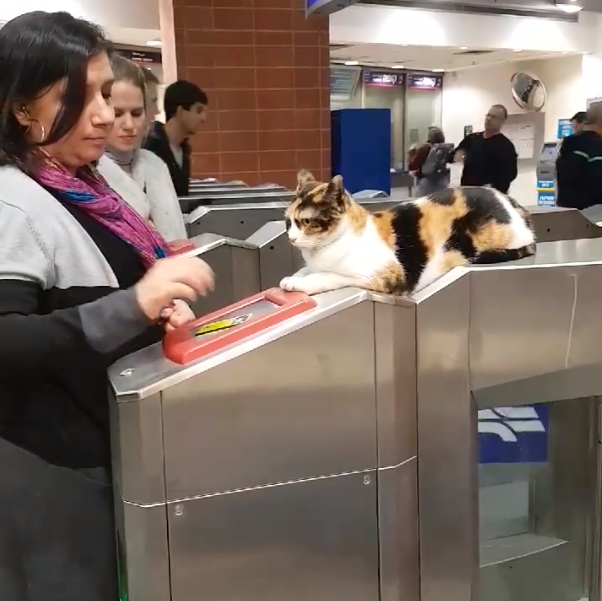 “You can pet her if you offer your hand and wait and see if she’s into it. But sometimes she’s not into it, and she’ll let people know with a slight scratch or bite. She has to be into it,” Kashani explained.

After the video went viral, Kashani received a message from the mayor.

“The mayor called me up and said, ‘I want to meet that cat — what station is it?’ I told him and he actually went there and met the cat,” Kashani shared.

“He gave her food and treats and a toy and petted her. I was like, ‘You’re a cool mayor, I didn’t vote for you, but I will from now on!’” 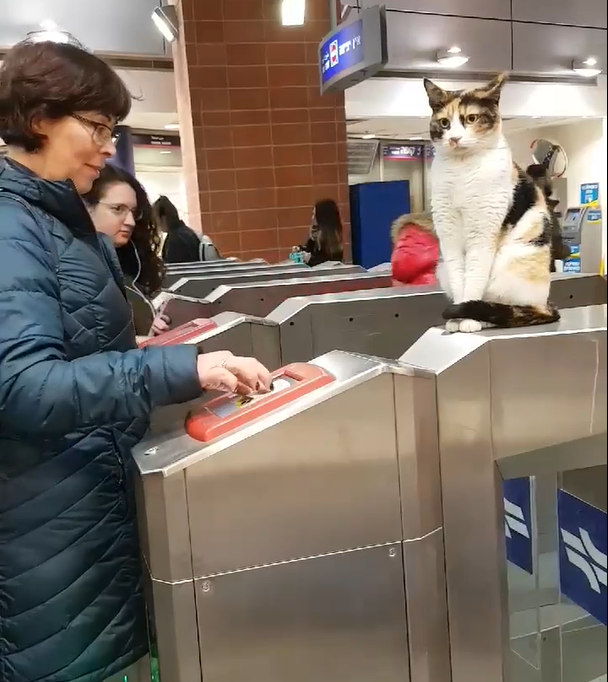 As for Shawarma, many say she’s a street cat but she probably thinks she owns the train station! Cute. 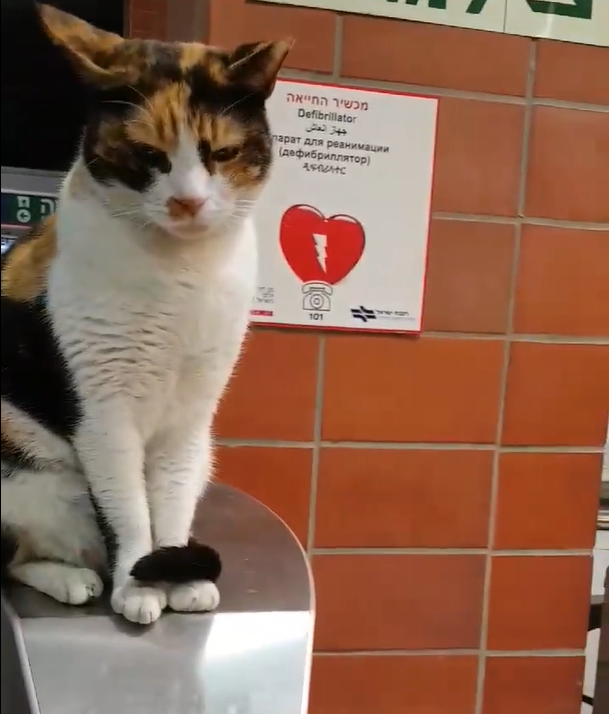 Here’s the video of the mayor’s visit: