The world went gaga over a number of pranks done on April Fool’s Day, including some from the top websites and personalities on the internet but there’s this one teenage boy who tried to prank his mother and ended up being pranked back, big time!

In a series of text messages the guy would later share on social media and picked up by blogs like the Social Trends PH, this unnamed teenager told his mother that he had gotten his girlfriend pregnant.

Instead of getting the joke or even feeling happy that she would soon have her own grandchild, the teen’s mommy got angry – and most moms of teenagers would surely have a similar reaction.

But this mom went a step further. Instead of merely getting vexed with her teenage son, she started berating him about his behavior and informed him that he’s kicked out of the house.

Alarmed at the tone of his mother’s text, the young son admitted that it was just a prank but his mother just wouldn’t let the matter rest. She lamented how she and her husband raised their son ever since the day they adopted him.

This shocked the poor boy who, at this point, truly believed that his mother was very serious with her text messages. After texting his mother with several sad emoticons, his mother revealed that everything was just a prank.

Read the hilarious exchange between the two in this series of text messages: 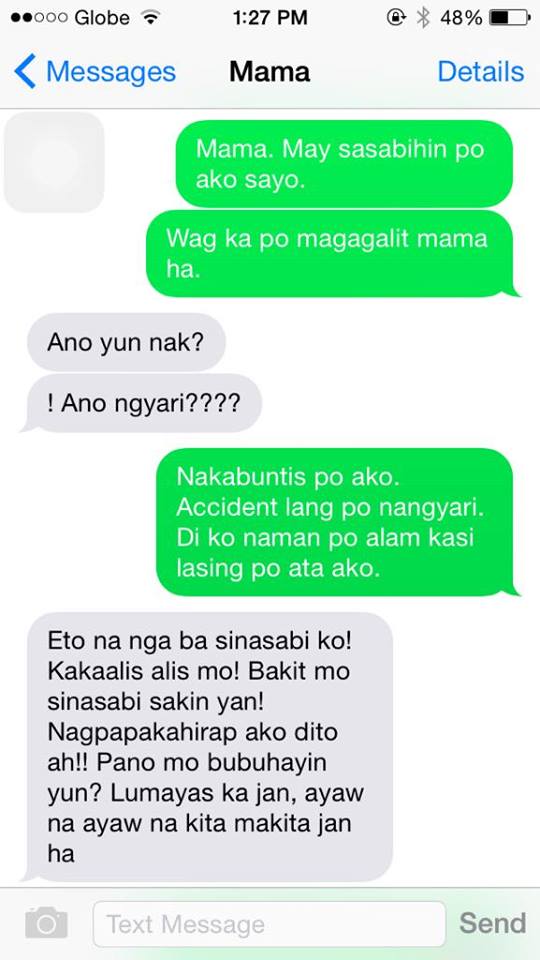 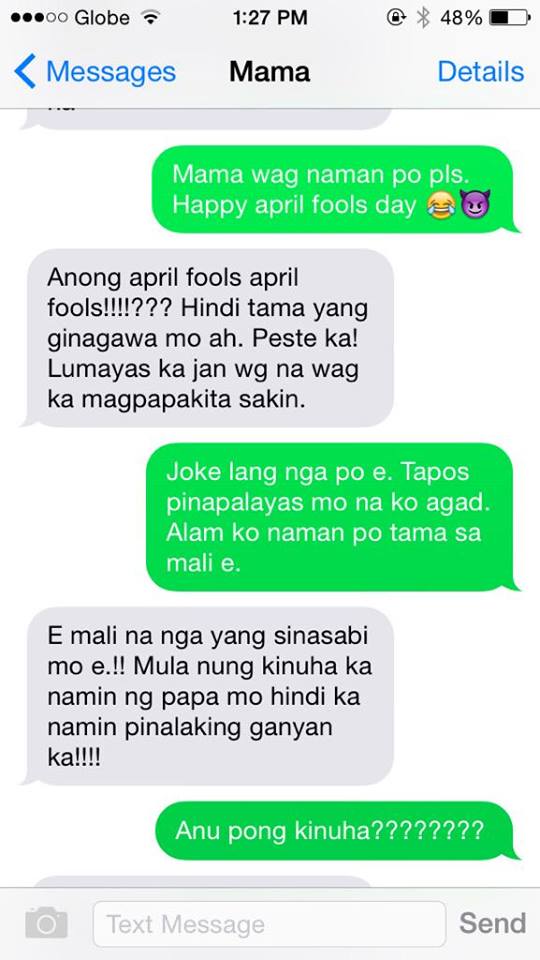 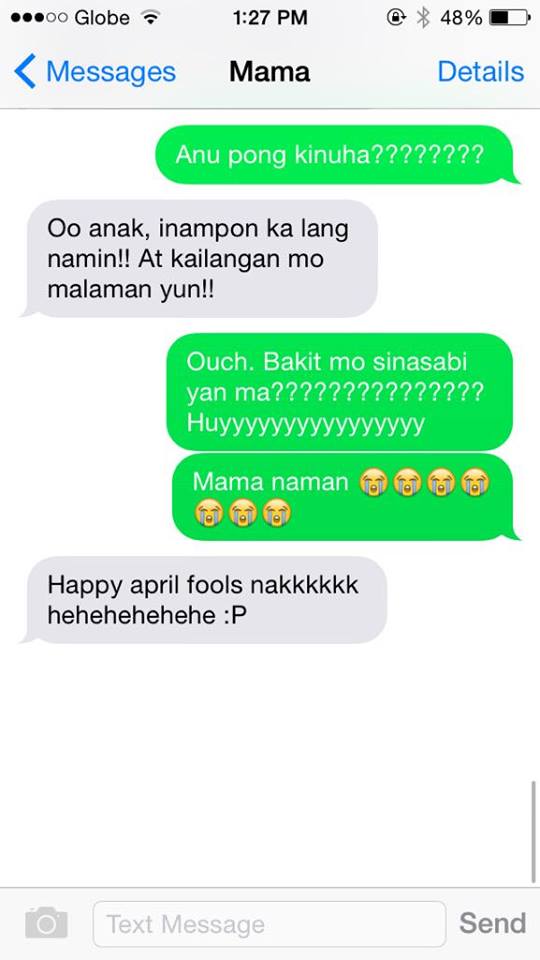 Traditionally, you can count on April Fool’s Day to bring pranks to unsuspecting people. Pranks vary a lot, depending on the pranksters’ level of creativity and access to resources, of course.

While many pranks are harmless, good-natured ones, there are also others that are borderline cruel. There are also some that were acted in good faith only to backfire – such as Google’s 2016 April Fool’s Day prank wherein a number of Gmail users accidentally sent “drop the mic” Minions GIFs to clients and bosses, reportedly costing them their project or their job; thus, the prank was quickly removed by the search engine and email giant.

The problem with that prank was that the yellow prank button was placed next to the regular “Send” button. This button promised to close/end email threads but actually sent “drop the mic” GIFs which many could not relate to or understand, resulting in a lot of people getting in trouble with important clients or their bosses.

Hopefully, though, since Google has profusely apologized over the matter and the issue has gone viral, those who got into trouble will get their jobs/projects back…