Dogs have such strong sense of smell that they are often trained to detect things that human noses couldn’t smell. This makes dogs perfect for sniffing out bombs, drugs, or even people during rescue missions. Dogs can also be trained to detect cancer.

But one dog showed that dogs can detect an illness even when they are not trained to do it.

Ricky and Alhanna Butler live in Doncaster, South Yorkshire in England with their dog, an American Akita named Keola. It was quite understandable that everyone was so excited to learn that Alhanna was pregnant – even Keola was excited. 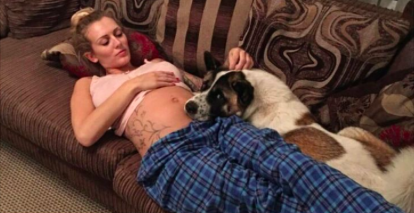 At first, the couple thought Keola might be a little jealous when she began acting weird and would often cuddle with Alhanna and bark at her incessantly. As the dog continued to do it day after day, the couple realized this was more than just overexcitement.

When Alhanna began to experience pain on her lower back, she felt fearful that perhaps Keola had sensed something wrong with her pregnancy but when she went to a doctor, she was told that lower back pain is a symptom often associated with pregnancy. She had nothing to fear.

But Keola continued with her strange behavior. 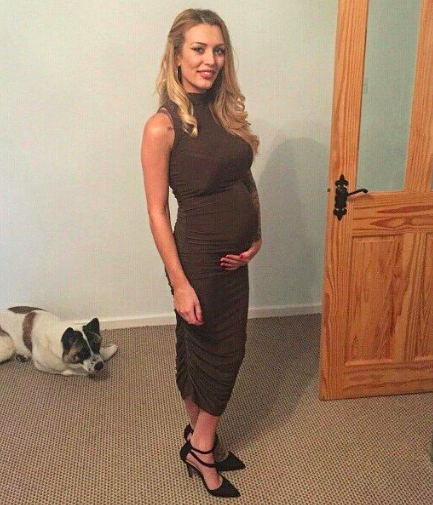 “When the doctors sent me home and said there was nothing seriously wrong, she just sat staring at me so intently that it really scared me. I posted a picture of her doing this on Facebook and make the joke about the film Hatchi where the dog also does this and suddenly my friends all started saying I should take it seriously,” Alhanna recalled.

“No one really understood how ill I was – but Keola did. She would nudge me and cry and I could never figure out why she had suddenly started doing this. Ricky said she was distraught whenever I went to work, when she had never minded before.”

Over time, the couple thought it best to seek a second opinion – and it was a good thing Alhanna went back to the hospital because she was actually dying from a rare infection!

It turned out she had a rare double kidney infection that has gotten worse after being left untreated for a long time. Moreover, she contracted an antibiotic resistant bug, making treatment a huge challenge. 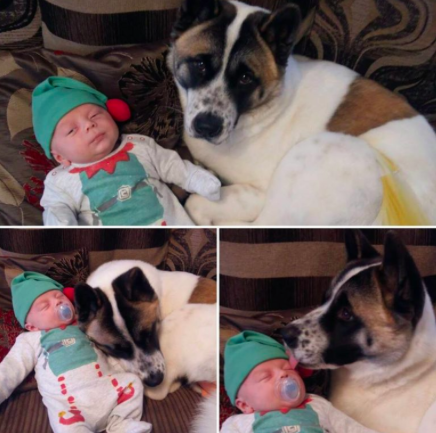 Thanks to Keola, though, she was saved. She would later give birth to Lincoln, a wonderful son who would become best friends with Keola, the dog who saved his and his mother’s lives.