One guy’s hilariously scathing ad selling his ex-girlfriend’s fake Jimmy Choo bag goes viral. Netizens are laughing about his funny comparisons between the woman and the fake bag, saying that they can actually relate with his sentiments. LOL.

In relationships, couples often give each other gifts to show their love. There are those who actually give lavish, expensive gifts because they know that their partners will treasure the object they wanted to have. 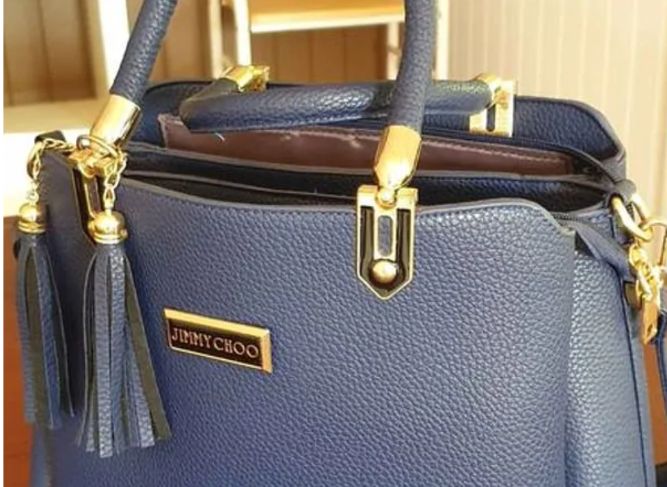 Of course, there are also many who can’t afford to buy their partners the expensive gifts they want to. Thus, they settle with simpler, less expensive ones or even opt to purchase knock offs of the item. After all, there are actually plenty of fake items that look quite similar to the original ones.

In Australia, a jilted guy is trying to sell his ex-girlfriend’s fake Jimmy Choo bag after they broke up. He must have purchased the item for her. But now that they are no longer together, he is selling it in the most hilarious way – by comparing the cheap knock off to his ex-girlfriend! 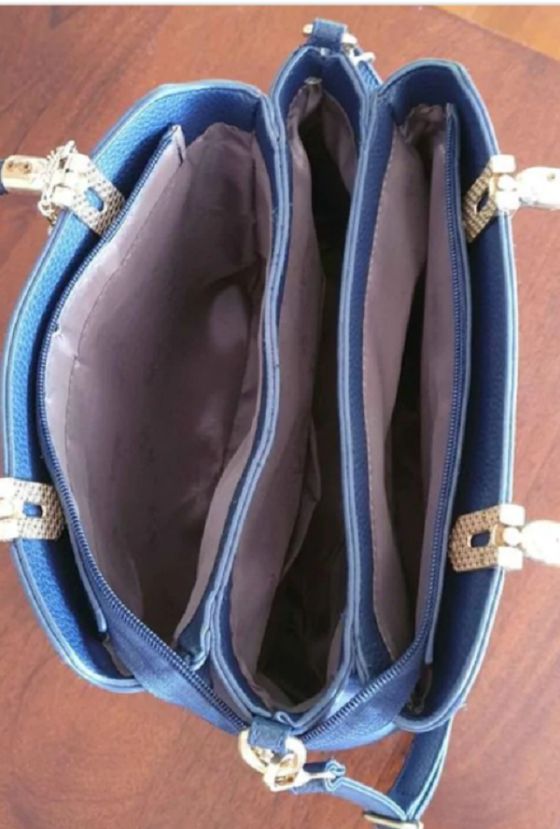 “At first glance they both looked like the real deal, but once you looked closely, it becomes apparent there were traits that aren’t all that nice, and bits that weren’t quite in the right place and a strange smell.”

But he explained that it is his ex-girlfriend who had the strange smell, not the bag. The bag actually smells great, he added. 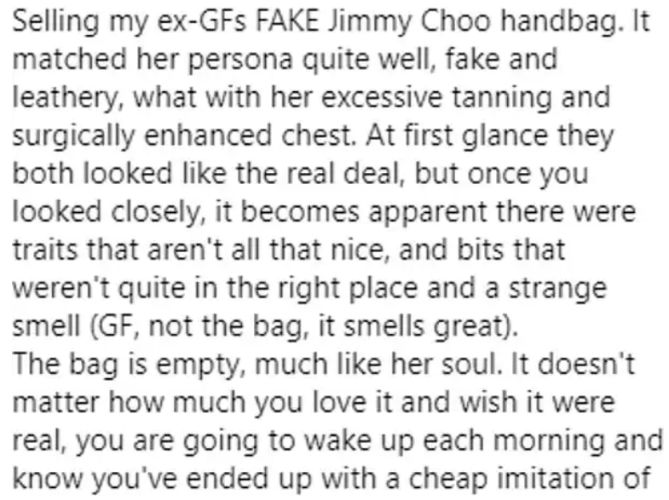 “The bag is empty, much like her soul. It doesn’t matter how much you love it and wish it were real. You wake are going to wake up each morning and know you’ve ended up with a cheap imitation,” he sadly added.

We’re not quite sure how someone could still buy the bag with those sad words but since he’s just offering it for $20, perhaps there’s already one who bought it from the sad guy…

What is a Jimmy Choo Bag?

A Jimmy Choo bag is a luxury brand of bag that’s touted to give women a sense of glamour and a “playfully daring spirit”. The brand started back in the early 1990s in the East of London. The late Princess Diana were among those who used this brand.

Just like other popular luxury brands, however, there are also plenty of Jimmy Choo imitations being sold at just a fraction of the original’s actual price.