Home
News
News & Culture
Millionaire Donates $10,000 in Name of Woman Who Paid for His Groceries

Tracy Warshal, 39, did not expect that a simple act of kindness she did for an old man who had forgotten his wallet while buying groceries at an Aldi supermarket would be repaid by something totally unexpected…

The good deed happened some weeks before Christmas when she overheard an old man behind her in the queue remark that he had forgotten his wallet. Knowing how time-consuming it can be for the old man to get back to his car and drive back home or someplace to retrieve his wallet, Tracy offered to pay for his groceries which turned out to be around $7.

Tracy did not think this was such a big deal, not wanting anything in return – and did not even tell the old man her full name, only her first name when he asked for it.

Little did she know that the old man had keen eyesight and memory, noticing that the shirt she was wearing at the time had “Piedmont” written on it; she works as scheduling coordinator at The Piedmont Cancer Institute. 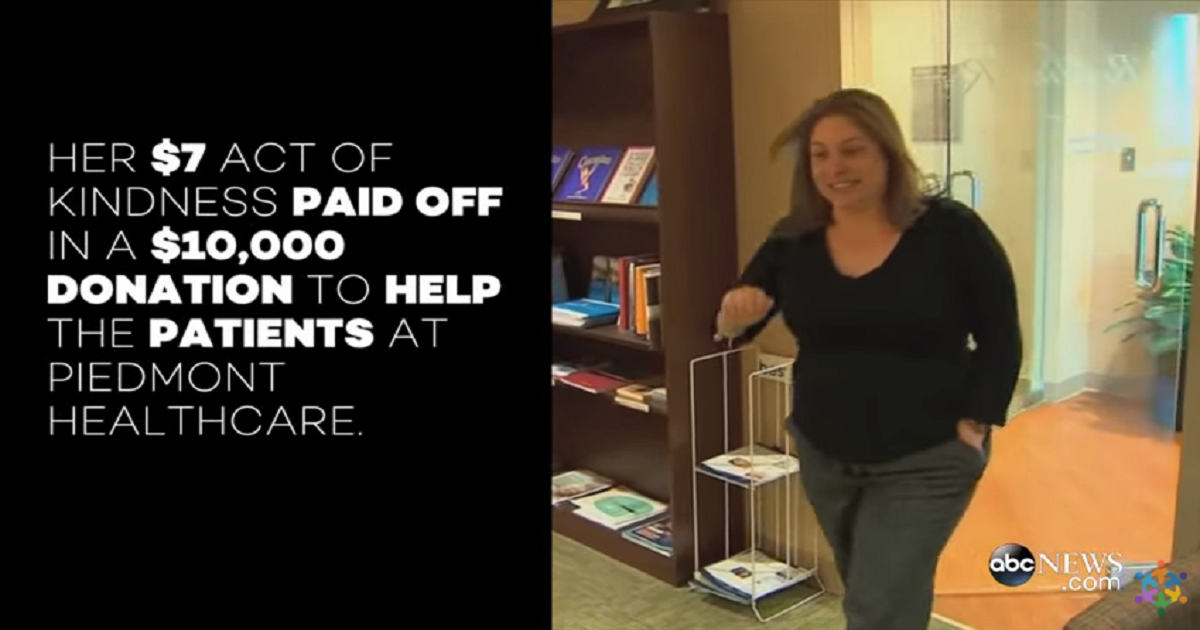 Some weeks later, she was surprised when two representatives of The Piedmont Foundation (an affiliate of Tracy’s employer) arrived to inform her that the stranger she helped at the grocery store donated $10,000 under her name. He remained anonymous yet he told the foundation that he made the donation in honor of Tracy who had kindly paid for his groceries, even if she did not know him at all.

“I’m just excited that one small little gesture made a huge difference and impact on a lot of people. I hope it makes people think twice about doing something small to somebody,” she added.