Whether you are young or old, education is a treasure truly worth pursuing.

Just recently, we featured Virgilio Pentacasi, a 68-year-old grandfather from Tagbilaran City, Bohol in the Philippines who made the news after enrolling as a senior high school student at the Carlos Putong National High School.

This time, allow us to share with you the inspiring story of Jay Calivoso, a 40-year-old man from the same country, who has started attending school as a first grade pupil in Amarosa Elementary School in Laoag City.

According to a report by ABS-CBN, Jay stopped going to school during his younger years because of his poor health – he was born with polio.

(“I was really too embarrassed to go to school back then because of all the teasing. But now, I try to fight it because this is for my own good. Education is really important.”) 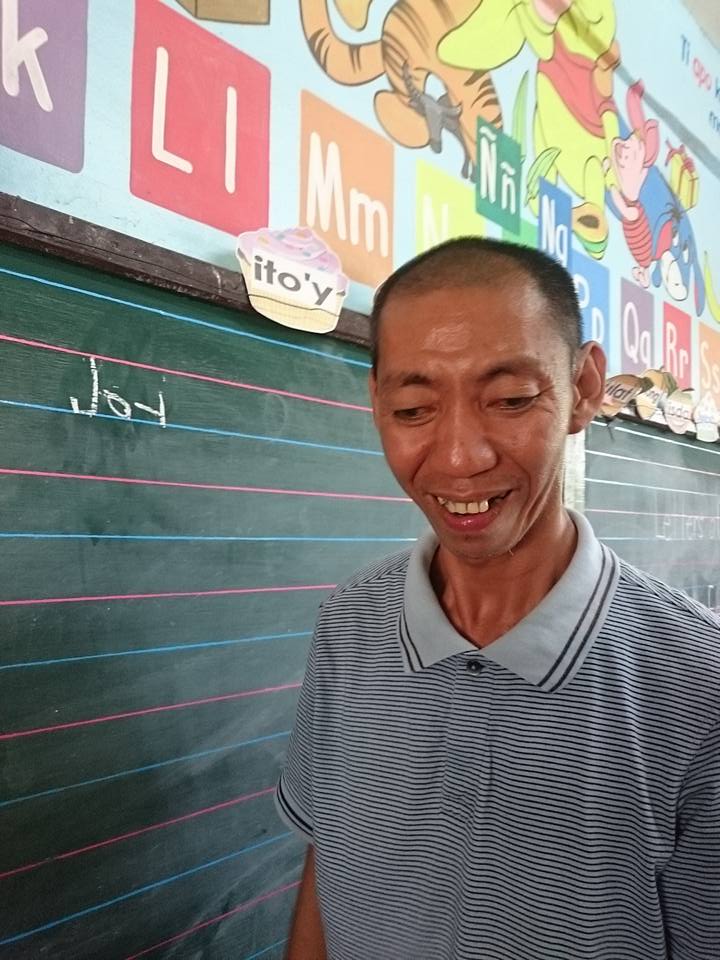 Over the years, Calivoso has realized how crucial it is to gain proper education. As a vegetable seller, he confessed some people have taken advantage of him because of his inability to count.

These days, he’s doing his best to learn, attending his classes everyday thanks to a bicycle his cousin lent him – and he’s determined to finish his studies this time.

Grace Agilam, his aunt, is particularly happy and proud.

(“In his old age, he still decided to go to school so he can learn to count and read. I think he took it as a challenge from neighbors who looked down on him.”)

(“He’s a source of inspiration because of how he values education despite his disabilities and of his age. He’s really inspiring.”)