A senior pilot of China Airlines who was flying a Boeing 747 was video taped taking a nap mid-flight, but though his co-pilot must have been joking when he took the video and posted it on social media, the company wasn’t happy. Both have been suspended for their actions.

The pilot was identified as Weng Jiaqi, a senior pilot who has been in the industry for over 20 years. The middle-aged man was obviously exhausted as he slept in the cockpit. He was wearing a pilot’s uniform and headphones when he appeared to be sleeping in the video supposedly taken in a Boeing 747 while mid-flight.

It was unclear how long the pilot had been sleeping in that flight when his co-pilot started filming, but China Airlines officials reprimanded the pilot for sleeping on duty. Since he only handles short-haul flights, he was expected to stay awake and focus on his job. 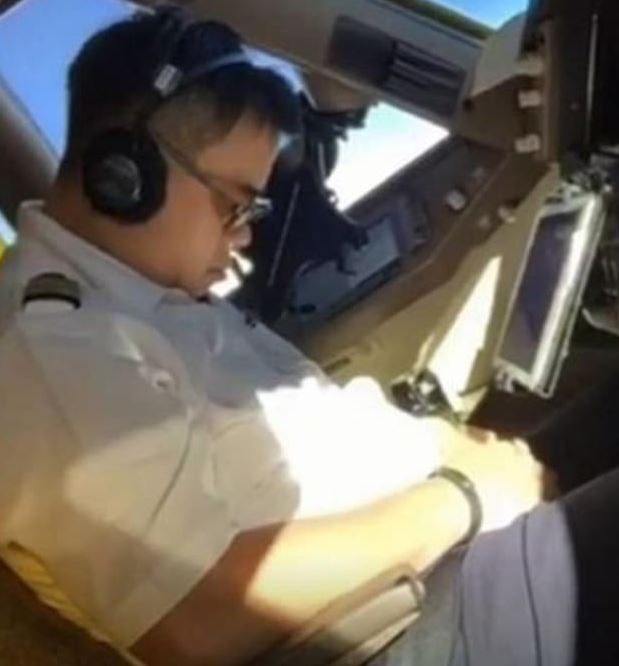 But though his co-pilot was most likely just genuinely enjoying a good joke in filming the napping senior pilot and uploading it on social media, he wasn’t off the hook. China Airlines officials also suspended the co-pilot along with Jiaqi. The co-pilot was included because he failed to wake the senior pilot.

As of press time, details of the flight involving the sleeping senior pilot, including which flight it happened, had not been confirmed but the airline has confirmed that both pilots have been reprimanded and suspended for the ‘improper behavior’.

Jiaqi had been promoted to chief pilot last year, local news sites reported. It is unclear whether the pilots would be terminated over the incident.