With a monthly salary of just Rs 5,000 ($75), Karimul Haq of Jalpaiguri, India is definitely poor – yet he has such a big heart that even while earning that small amount of money, he still offers free ‘ambulance’ services to other poor people in his village!

It all started when his mother passed away years ago because their village didn’t have a proper hospital, only a small facility that can handle first aid needs. Moreover, the place didn’t have an ambulance to take sick people to the nearest hospital which was actually 45 km away.

After that, he vowed that people in his village will not die just because they couldn’t reach the hospital. So, he took a loan to buy a motorcycle which he converted into a makeshift ambulance. Patients have to sit upright while their companion has to keep them seated as well as hold the dextrose bottle up, if there’s any. 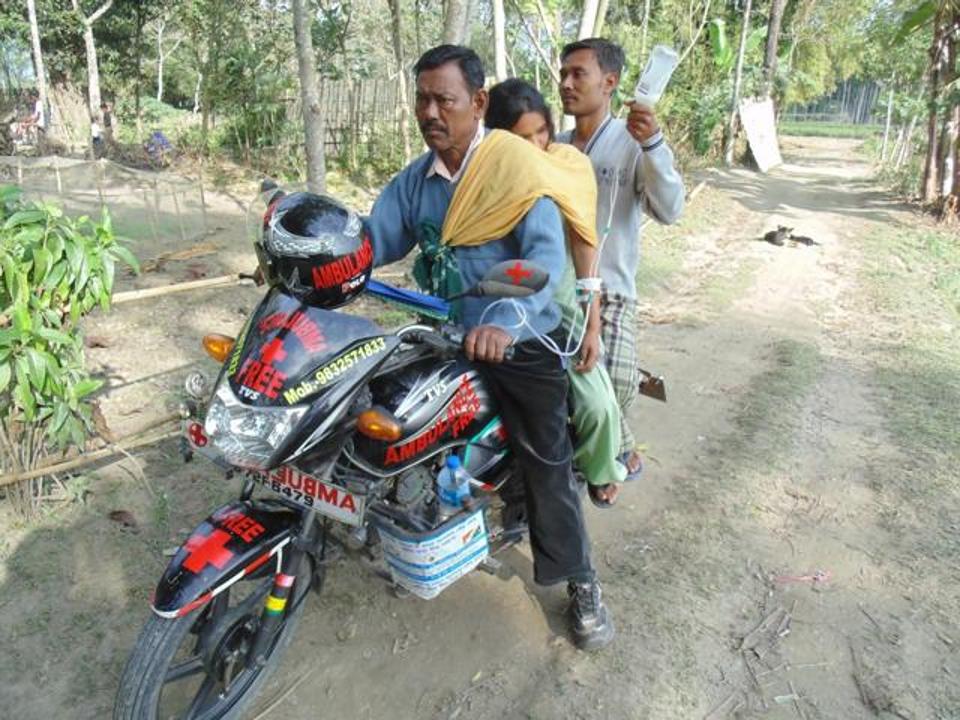 For very sick patients who couldn’t sit upright, he attaches a trolley to his motorcycle.

While his makeshift ambulance looks quite dangerous compared with real ones, it has saved many lives as he often brings around 100 patients a month – and the most amazing thing here is that he does not charge for his services!

He is also available on call, 24/7 – even when he is at work! His boss at the tea plantation company has been very supportive of his valiant efforts. When he gets emergency calls, the boss lets him go.

For 14 years now, Haq has been providing his free motorcycle ambulance and it gained much attention. He now receives donations from those with jobs in his community – and he keeps all those donations available for the sick and needy.