An artist in Tacloban City in Leyte, central Philippines has just paid tribute to Pres. Rodrigo Duterte with a portrait that you’ve got to admit really looks awesome! But what makes this portrait even more admirable is that artist Dante Enage had made it using “tuba” or coconut wine! I certainly didn’t know that tuba can be used in painting – and create a masterpiece such as the Duterte portrait Enage made.

According to Enage who is a big fan and supporter of the president, he created the portrait on Monday, just in time for the president’s first SONA (State of the Nation Address).

As with many of Duterte’s supporters and the rest of the country, Enage watched the SONA and was impressed that the president spoke about moving forward and not dwelling in the mistakes of the past. In the local language Winaray, he told ABS-CBN News, “Instead of blaming the past, let’s just focus on making the present better.” 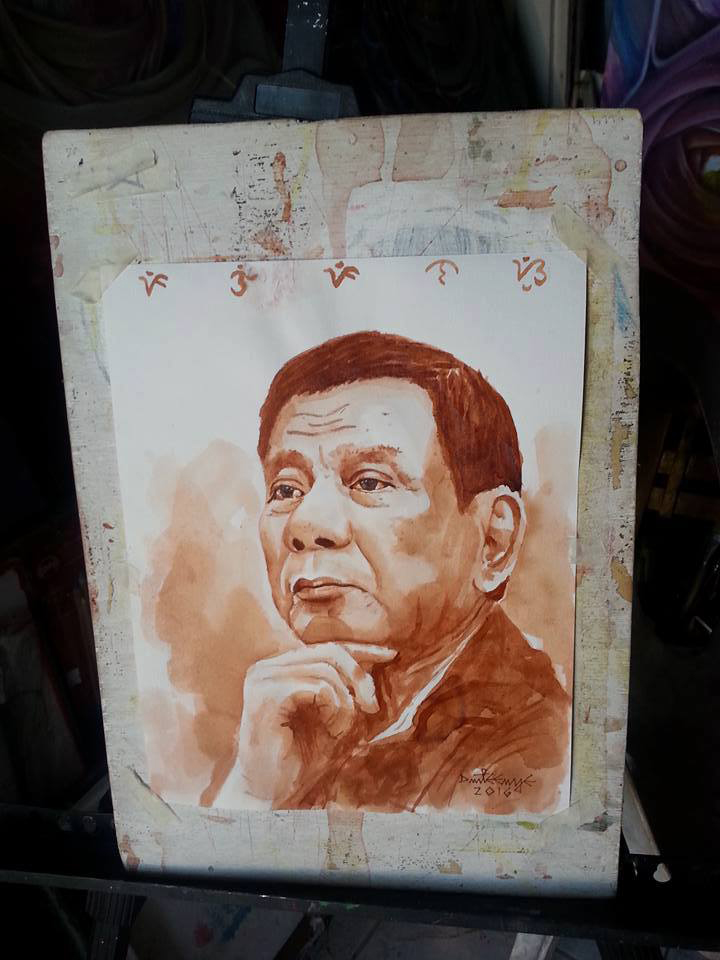 As for making tuba as medium for painting the president, it’s not actually out of disrespect but to showcase the local culture and to support the local industry. In fact, Enage had painted several other personalities in tuba as well, including Pope Francis who visited Tacloban City in the wake of the destruction brought by Typhoon Yolanda.

He had also done several paintings of international figures like People’s champ Manny Pacquiao, pop icon John Lennon, and American rock star Jimi Hendrix which he created before the supertyphoon wreaked havoc in the area. Thankfully, just as their creator survived, so did the paintings. 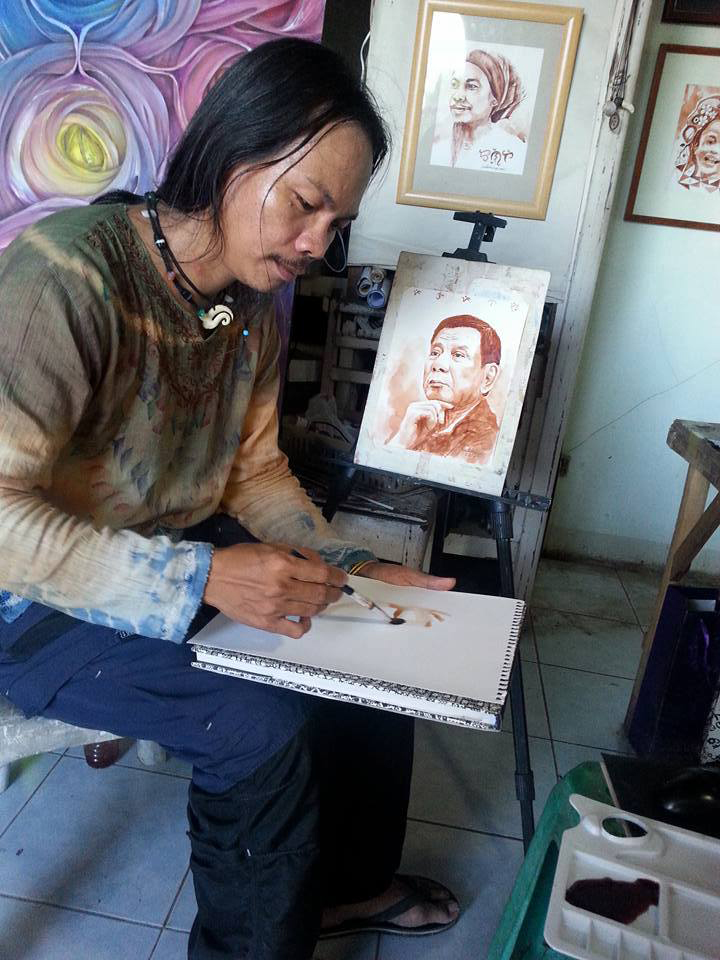 Enage hopes to give Pres. Duterte his portrait. And judging from the way the president proudly showcased the shoes given to him by the old shoemaker from Marikina, this painting will surely be greatly appreciated by Duterte as well…

“Tuba” is wine made from coconut or other trees of the palm family.