A heart-stopping video of a rescue mission taken during the 2017 feast of the Black Nazarene had gone viral after netizens praised the rescuers over their quick action to address the matter. Amazingly, while the actual rescue appeared rather rough, it saved the woman’s life.

Every year, millions of devotees flock to Manila for the feast of the Black Nazarene in hopes that they can touch part of the icon or even just part of the carriage so that they will have their prayers granted. But each year, scores of people attending the day-long celebration would require medical attention for various reasons, including high blood pressure, heat stroke, and dehydration.

While the government often issues warnings against bringing young kids or old people to attend or watch the procession, these warnings are often ignored because the devotees really want to introduce their children to the custom or that the old people they are bringing are not just die-hard Black Nazarene devotees but also those who are hoping that they get healed from whatever sickness/situation they might be experiencing.

Thankfully, there are lots of medical teams strategically waiting along key spots in the route to help those who require immediately medical assistance. 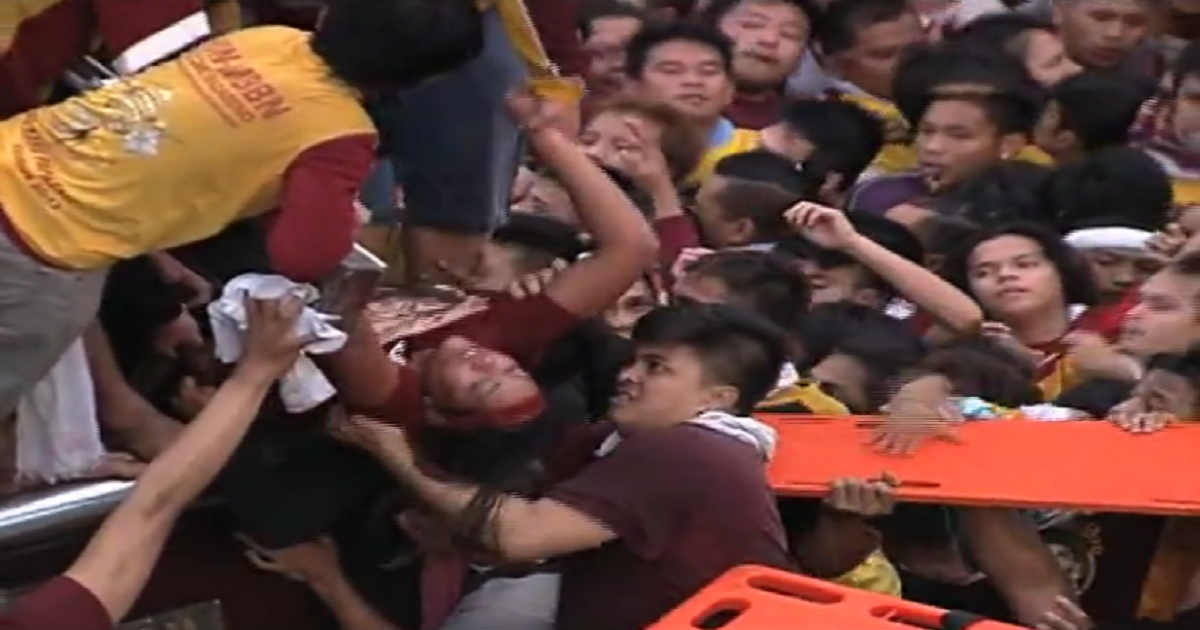 In the now viral video, an unconscious woman could be seen ‘hanging’ limply from the side of the carriage carrying the image of the Black Nazarene. People could be seen milling around, trying their best to also get the chance to board the procession and have their wishes granted.

A rescue board was held out for the woman – and she was placed there as soon as she was successfully removed from the carriage. Immediately afterwards, the rescuers rushed the lady out of the crowded area and the crowd quickly parted to let them through.

What can you say about this fast rescue mission?

LOOK: A female devotee passes out as she climbs the carriage of the Black Nazarene. #Nazareno2017