Restaurant customers were shocked to see a giant snake lurking from the ceiling tiles. The footage of the said incident recently went viral on social media.

The enormous creature, which appears to look like a python, has somehow “managed to dislodge the tiles in the roof before slithering through the hole,” wrote the Mirror. “In the footage, diners can be heard chattering nervously in the background as a team of wildlife experts entered the building,” the site continued. The men then used a metal hook to pull the snake out so they can grab its head. 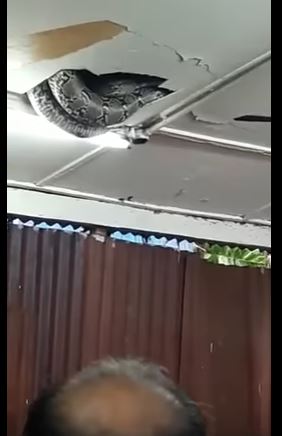 The short clip has been shared thousands of times on social media and has also been picked up by several news websites. 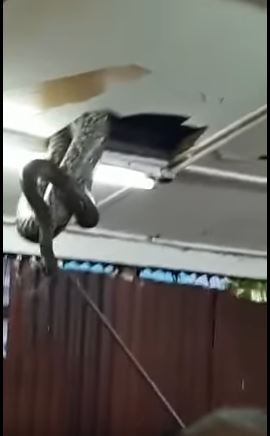 No details were given, however, regarding the location where the footage was taken. 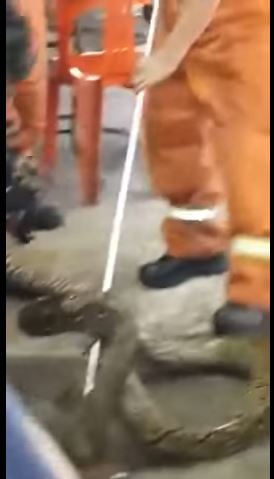 You can watch the viral video here:

What To Do If You Find A Snake At Home?

“Because a snake in the house has to be removed, it is important to know what kind of snake you are dealing with,” reminds the Snake Removal website.

“A poisonous snake should not be handled, and the room the snake is in should be completely closed off until help arrives. If possible to do safely, a large bin can be tossed over the snake and then weighted down. You should never attempt to get near a poisonous snake needlessly. You may seriously underestimate the striking distance of a venomous snake. The muscles in a serpent’s body are very strong and can propel some animals as high as a person’s head. If it is reasonable to close off that room of the house, do so. Seal any openings beneath doors with rolled towels or sheets, pressing them firmly against the door with weights on the outside. Call a professional to come and remove the snake.”