This is why netizen Julian Lance came up with a witty solution for the tanim bala scheme, reports The Daily Pedia. 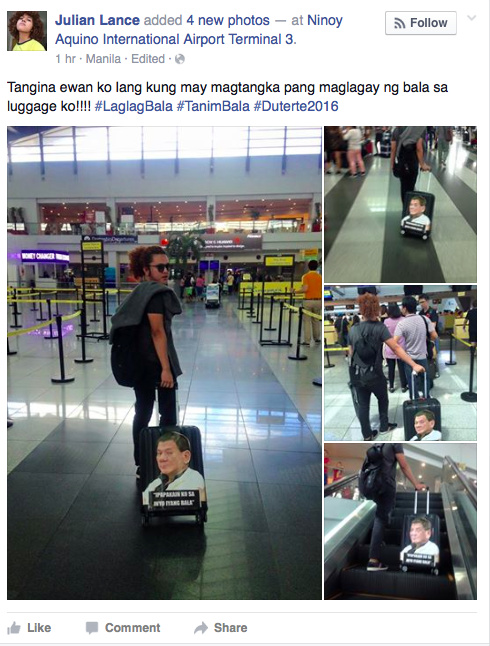 Instead of protecting his baggage with padlocks or plastic wrappers, Lance decided to embellish it with a photo of Davao City Mayor Rodrigo Duterte with the text: “Ipapakain ko sa inyo iyang bala.” 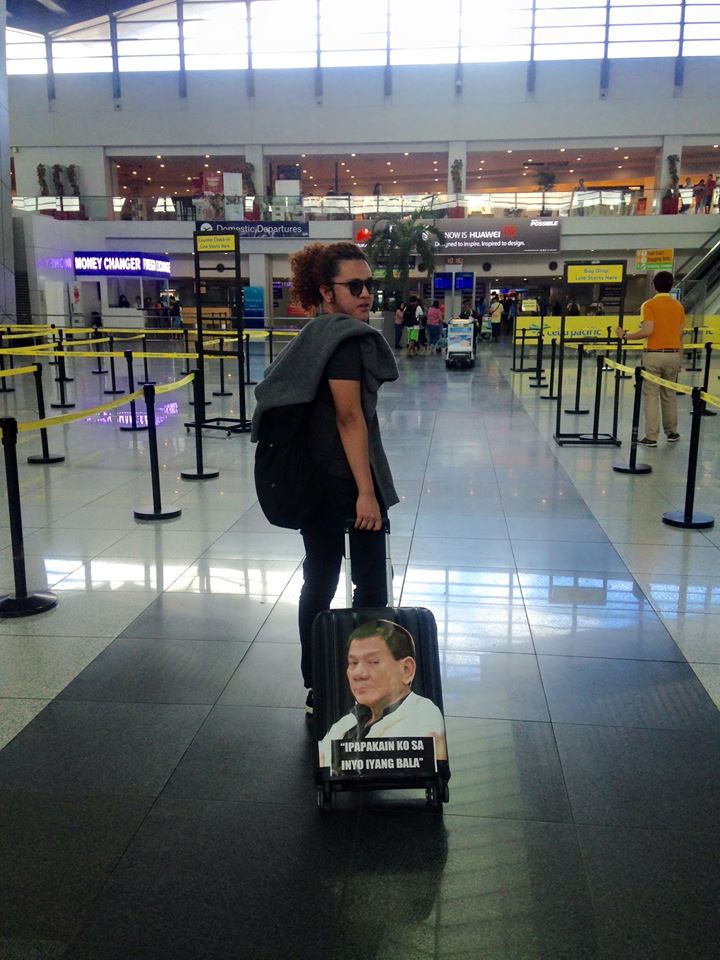 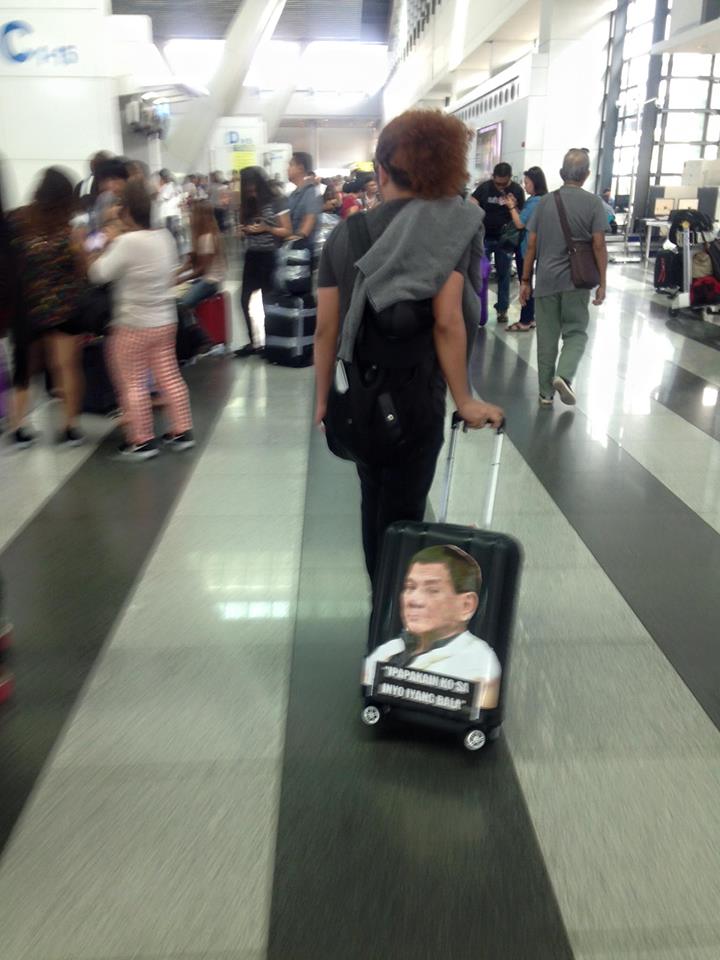 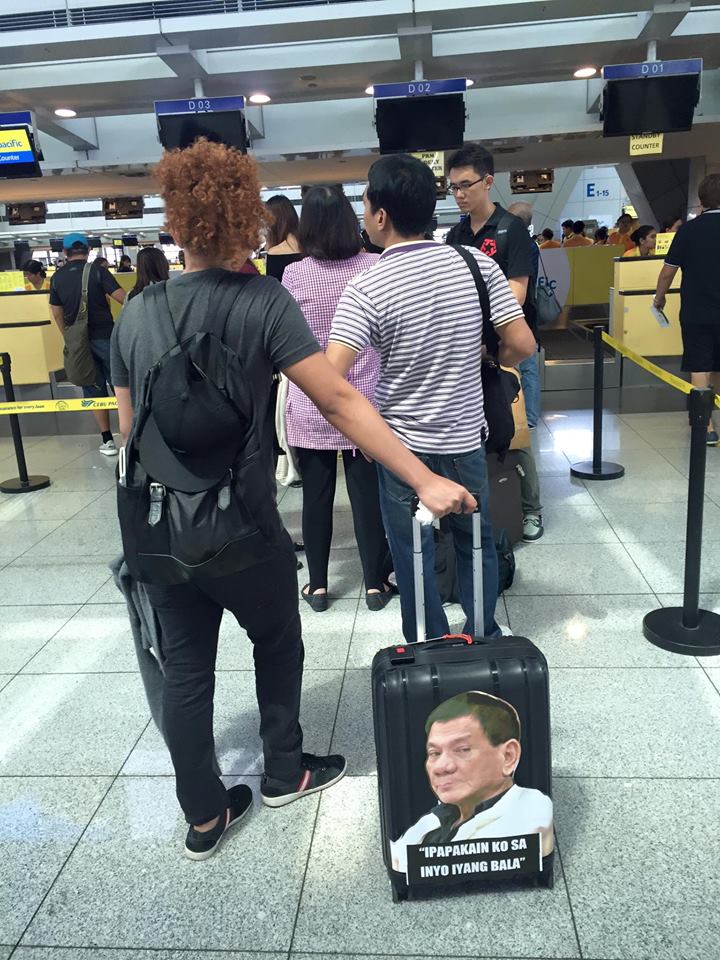 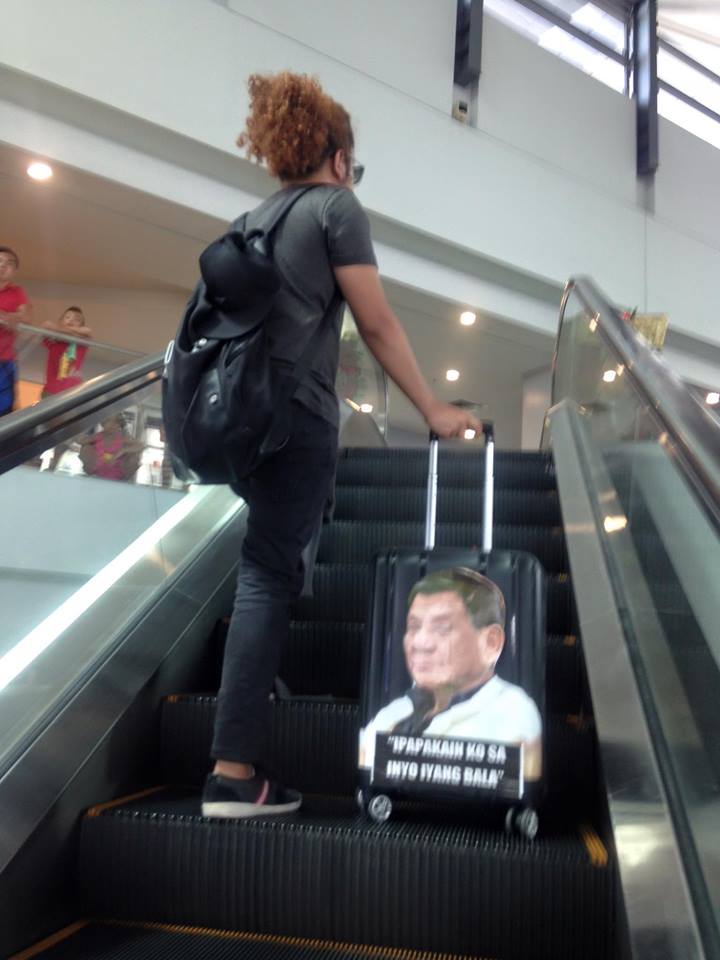 Several netizens commended Lance for coming up with a clever solution to the extortion scheme.

Do you think Lance’s solution will work?

How to Avoid Falling Prey to Tanim Bala Scheme

From January to November 2015, the Philippine National Police-Aviation Security Group (PNP-AVSeG) had documented 30 reported cases of the tanim bala, while the Manila International Airport Authority (MIAA) registered five reported cases during the past two weeks.

To avoid being framed for possession of live ammunition in airports, Joseph Plazo of Plazo Associates Law shared some tips with CNN.