The saying age doesn’t matter is truly an understatement for Kyle Jones, a 31-year-old man from Augusta Georgia who took May-December love affairs to the next level.

Unlike most men who prefer younger, sexier and attractive women, the call centre employee seems to have a thing for wrinkles. In fact, the average age of women he pursues is between 60 and 80. 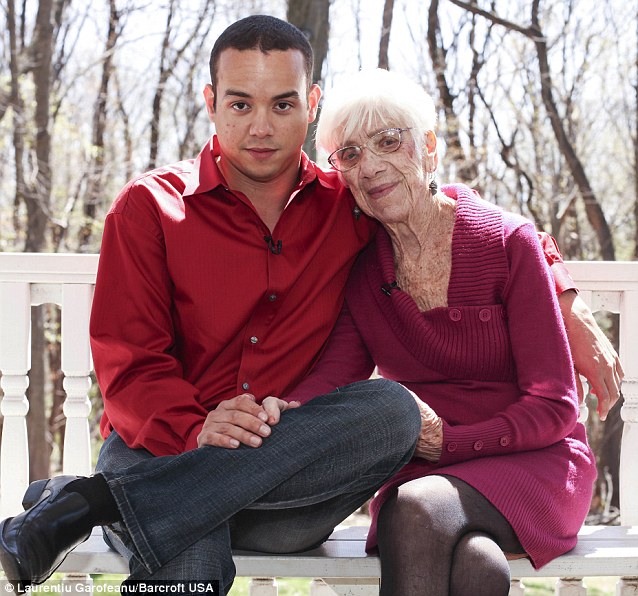 Speaking to THE DAILY MAIL UK, Kyle revealed: “Everyone’s brain is wired differently, some guys prefer blondes, some brunettes, some like other guys – I like old ladies.”

He discovered his peculiar attraction for older women at the age of 18 when he began a sexual relationship with a 50-year-old lady.

Kyle is currently single but he sees a number of pensioners at the same time. But of all the ladies he’s in a casual relationship with, Marjorie is perhaps the most interesting one.

In 2009, the two met in a bookstore where Marjorie is employed. Finding the old lady attractive, Kyle wasted no time and asked for Marjorie’s number.

The senior citizen, who had been out of the dating scene since parting ways with the father of her six children 37 years ago, agreed to go on a date with the man three times younger than her.

“In the beginning I got jealous of his other women but he keeps coming back to me and tells me I’m the best,” Marjorie said.

According to Marjorie, her family don’t mind that they’re dating. She even disclosed that the physical aspect of their relationship seems to be going well.

“The physical side of our relationship is wonderful. I amaze myself, he amazes me. There’s nothing better,” she said.

Although most people think that the women he dates buy him things, Kyle insisted that he is not after the money nor inheritance of the women he’s dating.

“I’ve dated women from various ends of the financial spectrum, but it’s never about what they have,” he said.