She’s a law graduate but she can’t even get a job as service crew at a fastfood outlet!

It is hard to find a job, especially now that there is a pandemic. But one law graduate was still surprised after her application for a job at a fastfood chain gets rejected!

They say that education is the key to success, but they won’t tell you that education is not the surefire way to get a job. That’s exactly what Eve Hammond wanted to show when she shared the somewhat funny but heartbreaking story of how she got rejected from a job at the local fastfood chain.

A holder of a law degree from Liverpool John Moores University, Eva was just having fun playing along with the trend “How it started vs How it’s going” but her story appears to be so relatable that it would soon go viral. 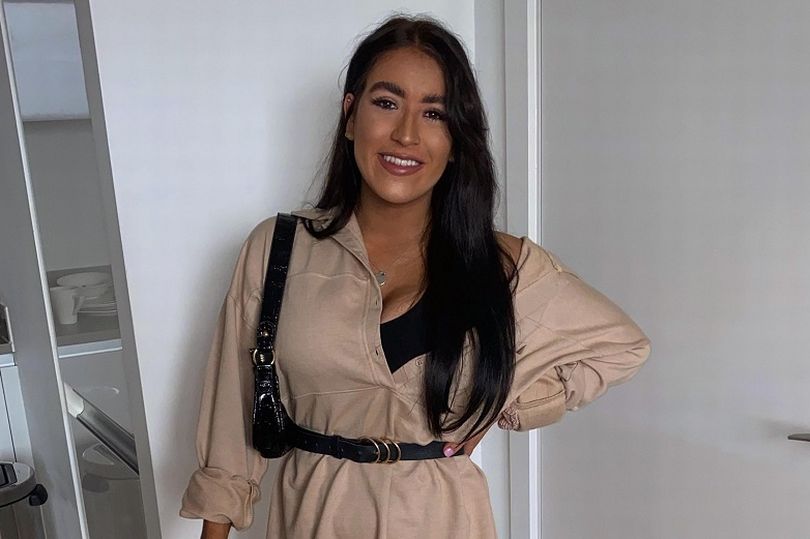 “I just posted it for a tongue in cheek joke, I wasn’t expecting to receive that kind of attention. I was expecting like 50 likes or something. I woke up and it had like three thousand and as the day went on, it kept on going up and up, I was just shocked,” she explained.

“I think it’s because it’s so relatable to what’s going on in this situation [coronavirus pandemic] for other graduates, I just think it is a relatable tweet. There’s less opportunities that there would have been before the pandemic. It kind of feels like the world has stopped and there’s not much going on.”

The law graduate had applied for a job at America’s largest fastfood chain and thought the interview went well, but she was surprised when the rejection letter came in. So, she posted a snapshot of the letter alongside her Degree of Bachelor of Laws certificate – and the post quickly went viral. 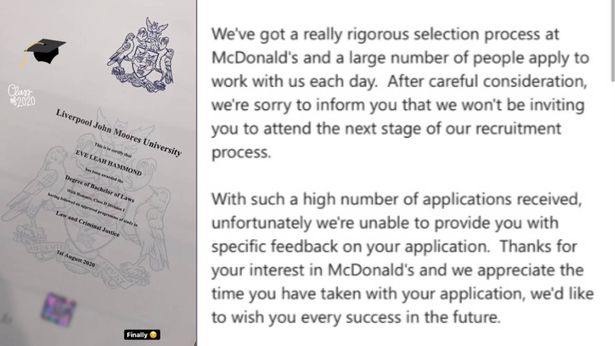 “All this was based around the fact I’ve gone through all that hard work and I’m literally struggling just to even get a non-graduate job,” she added.

After her post went viral, other branches of the fastfood chain messaged her for a job, saying they would love to have her work for them! The young student is still thinking whether she’ll accept one of the offers, but feel excited of what the future might bring to her.

Aside from being hardworking and being at least 18 years, finding a job as service crew is usually easy because you don’t need to have a college degree. In fact, high school graduates are welcome. But in the case of Eva, perhaps the branch feels that she’s overqualified for the job.