Several residents from Olongapo City in Zambales are complaining against their electricity provider because of inconsistent electric bills and fluctuating electricity.

In the Facebook group Batang Gapo, netizens shared their frustrations over the electricity provider.

One user revealed that the electricity provider has been demanding them to pay an electric bill for the month of February to March 2011. Unless they can provide a receipt of the particular bill, they will be required to settle the supposed unpaid bill.

Another netizen who claimed that they consistently paid their electric bills since 2006 said they are being forced to show receipts of their payments because there were no records in the company’s system.

Meanwhile, other netizens disclosed that they had been experiencing fluctuations in their electricity causing some of their outlets to explode.

See some of the residents’ complaints below. 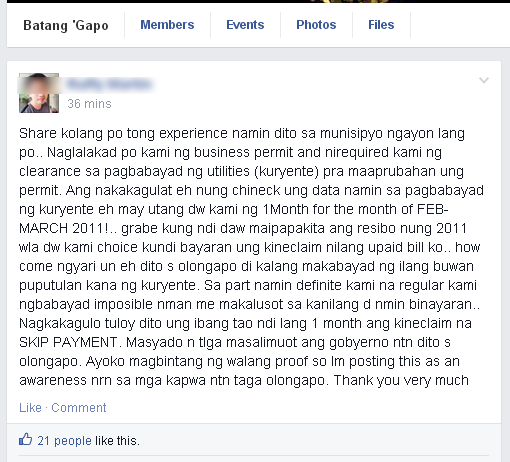 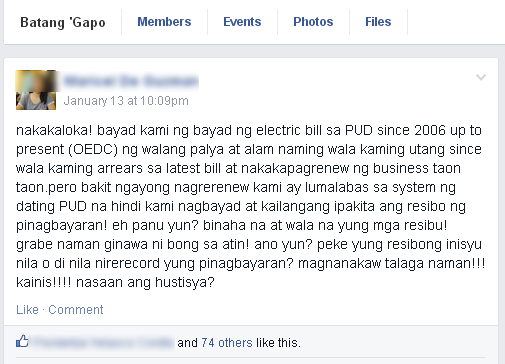 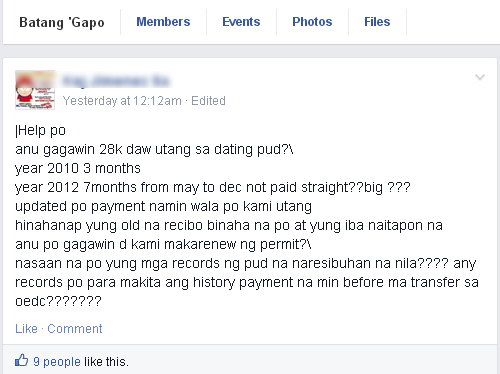 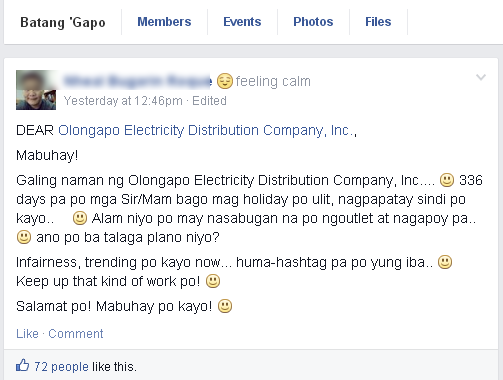 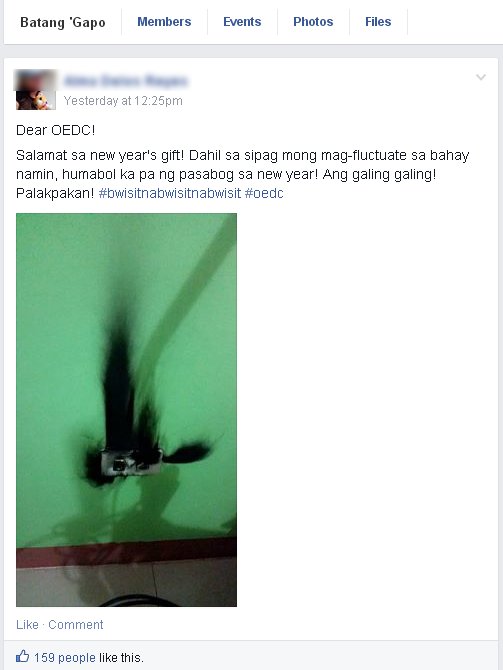 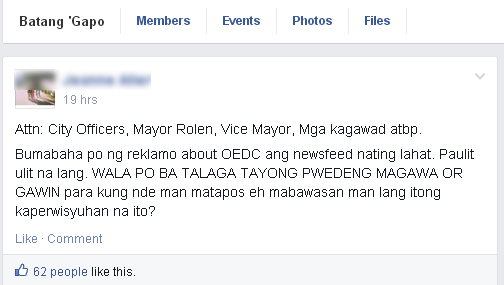