In the Philippines, working day and night may not be able to put food on the table on the daily basis, that is why many citizens take extra work to be able to sustain a good life for their families. This does not exclude this Uber driver who spent the night driving for passengers who witnessed him slowly doze off– while driving!

Allan Yumul Jr. is one of the two passengers who booked Wilbert as their Uber driver from Manila to Pasig, which is an hour away, without traffic. Allan was observing the driver because he was driving at a low speed, and kept on taking deep breaths in between. Later on, he pulled over and confessed that he is feeling a bit sleepy. 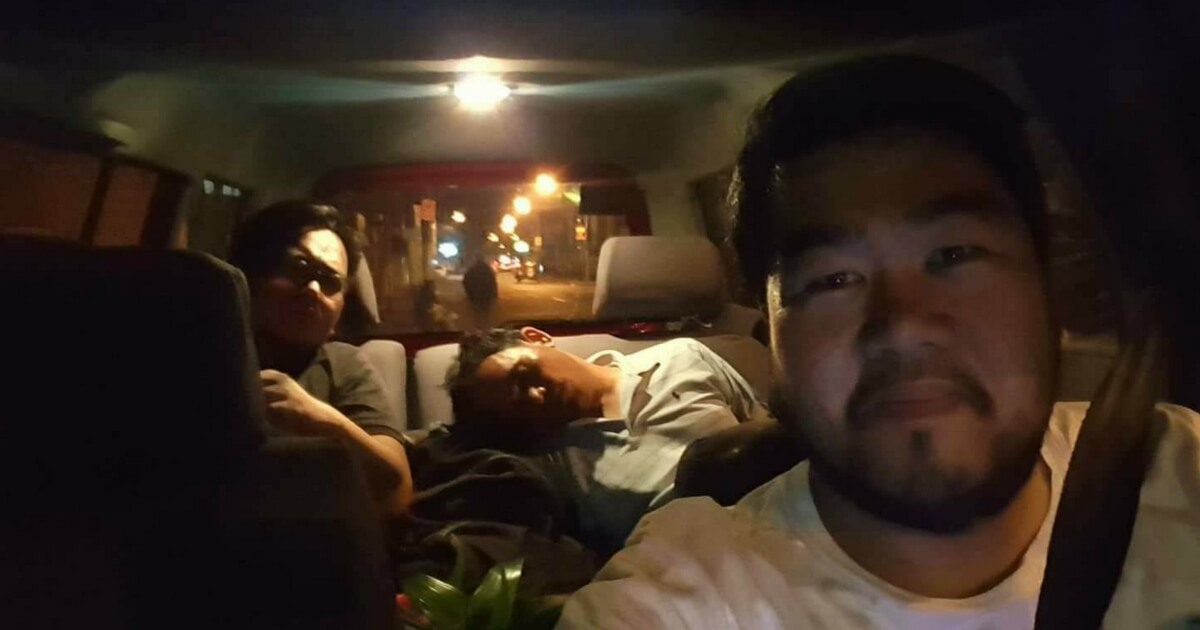 The Uber driver moved to the backseat after Allan offered to drive to Pasig instead. He looked really tired and didn’t care who took his car anymore. When they reached the destination, Allan told him that he can rest in his car, outside his house, so that he can drive home safely.

The passenger then shared his experience on a Facebook group called Uber Pilipinas, and wished that the driver was able to go home safely.

“While on trip, I noticed medyo mabagal si Sir Uber Driver at lagi siya hinga ng malalim. Then few minutes more di na niya kinaya, he pulled over at sabi inaantok daw siya. I offered to drive us home while he sleeps in the backseat from Manila to Pasig. Pagdating sa bahay we told him it’s okay to park outside so he can rest more so he’ll be more awake before going home to Angono. Hope you get home safely, Sir Wilbert.”

A similar thing happened a few months back when a woman took over the driver’s seat to drive herself home while the driver rests in the backseat.