For years, David Sheldrick and his wife Dame Daphne Sheldrick helped save the lives of many elephants and various wildlife in Africa, working against the illegal ivory trade.

They even moved in to Dame Daphne Sheldrick just to make sure they can provide the best care for these elephants.

It is a sad reality in the Africa that many elephants die due to poaching. Sadly, if the mothers are killed, their babies die as well because baby elephants are dependent on their mother’s milk for the first 2 years of life. Then, even when they already eat other food, they still have to drink milk for two more years. 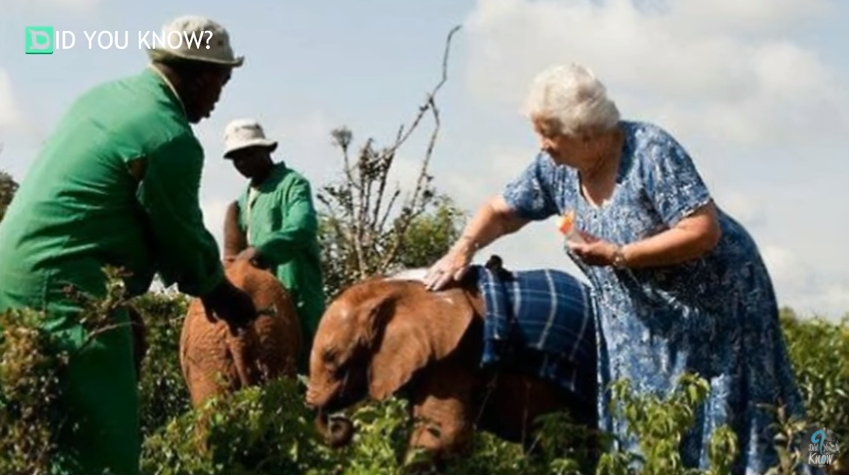 Dame Daphne eventually developed a special milk formula for these baby elephants from human infant formula mixed with coconut oil and vegetable fat. This has led to lower mortality rate for the orphaned baby elephants.

Even after her husband died, Dame Daphne continued her work in Nairobi, establishing the David Sheldrick Wildlife Trust to continue his legacy.

Thanks to Dame Daphne who ‘mothered’ these orphan elephants, many survived and grew stronger despite the deaths of their mothers. Each elephant is assigned a keeper to attend to its needs, ensuring the babies have a better chance of survival. 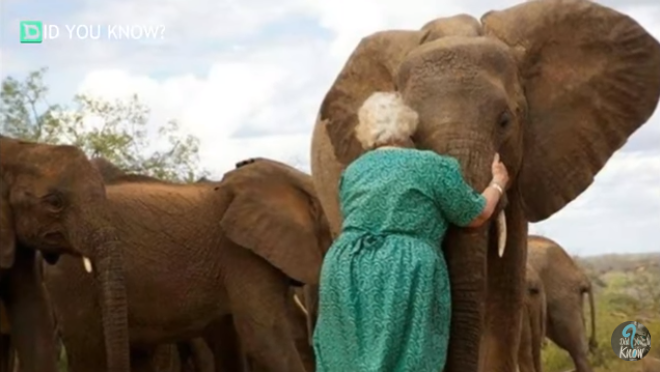 As they got older, the calves are moved to Tsavo National Park located 200 miles away. This allows them to live with the wild elephants and finally be at home with their own kind.

But these gentle giants do not forget the love and care they had received from their human mother, Dame Daphne. Each time she visits the facility, these elephants would line up to give her a hug.

According to her, elephants are similar to humans, but better.

“They’re not corrupted. Their sense of family is as strong as ours. Their memories are amazing and their convoluted thinking and reasoning is equal to that of a human … The caring and nurturing is far greater in elephants than it is in humans, and loyalty and friendship endures,” Dame Daphne explained.