While we often see karma as something bad that happens that comes back to you after doing something bad, there is also this thing called ‘good karma’ wherein the good that you did will also come back to you in another good form.

This is what happened to a young cashier who paid for a little boy’s $2 shortage on his order. For his kindness, he received $200 in rewards!

An 18-year-old student who works at Freddy’s Frozen Custard & Steakburgers in Katy, Texas, to save for his nursing education, Travis Sattler certainly doesn’t have a lot of money to spare but when a little boy went to the restaurant one day to buy a custard but didn’t have enough to pay for his order, the young man didn’t hesitate to swipe his credit card so the boy can buy the treat. 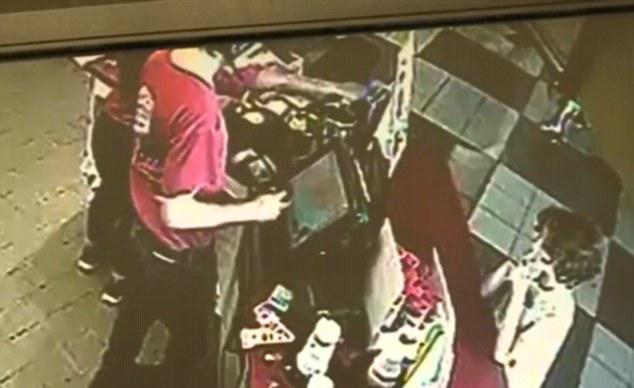 According to Travis, “He was a little nervous that he didn’t have enough, and he kind of just ended up handing me everything he had.”

After counting the boy’s money, Travis saw that he still needed $2 but because he took pity on the kid, he simply swiped his credit card and told the young lad not to worry about his order.

He later told reporters, “He had a massive smile [and] the widest eyes [when he] ran back to his mom and told her what happened.” 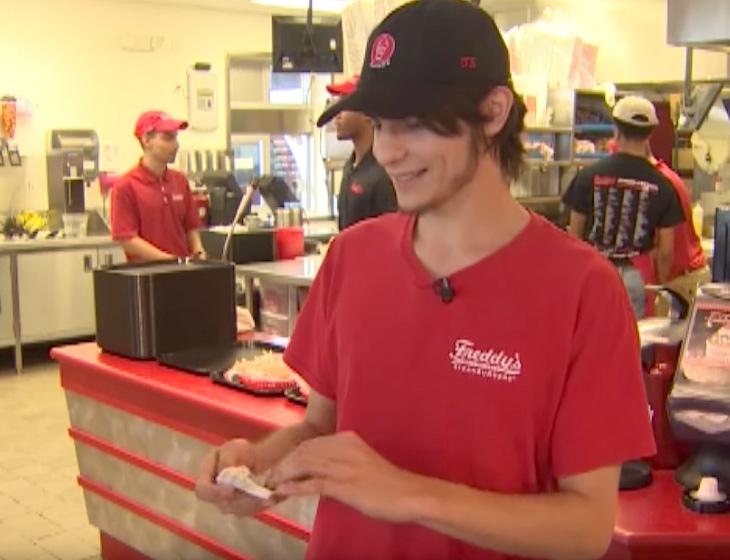 Happy with what Travis had done to her son, the mother then asked the boy to give back the receipt to the cashier. Inside the folded receipt was a $100 bill. At the back of the receipt, the mother wrote, “Thank you for being so nice and paying for my custard. We need more people like you.”

But Travis’ reward didn’t end there. After learning about his good deed, Travis’ boss Padden Nelson also gave him an additional $100 reward!

For Travis, paying for the kid’s $2 order shortage was something that he did to brighten up the boy’s day but he ended up making his day brighter as well!