We often see children playing on streets, unattended by their parents. We tend to consider them homeless as they spend the whole day asking for food from passersby. Considering that they aren’t home and not with their parents means they are not properly taken care of. And it sometimes breaks our heart knowing that innocent young kids experience such.

Parenting is a big responsibility. With the growing population in our country, a man opens an awareness and hits us with reality about having so many kids.

Shaun Manzo, the policeman who shares his experience on how he bumped into a playful kid who stays often in the busy streets of Boni, Mandaluyong. He started his post with a disclaimer, not to brag but to just open awareness to parents to refrain from having kids more than they can take care of. Mazo said that every child deserves to be loved and be taken care of. 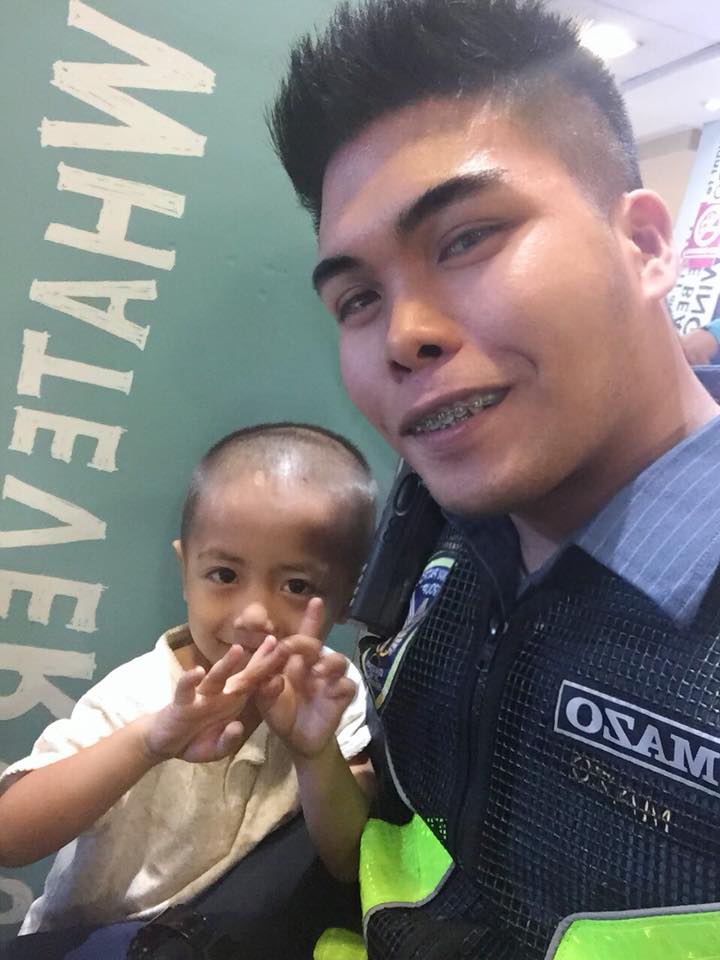 According to Shaun, his heart breaks for the kid who he always sees roaming around his assignment area in Boni Mandaluyong. He usually spots the kid wearing no clothes and slippers. Shaun often sees the kid roaming around McDo near Boni MRT. One time, he asked the kid which food he wants to eat in McDonald’s. The kid then points his fingers at a toy. Right there and then, Mazo ordered a happy meal for the kid. 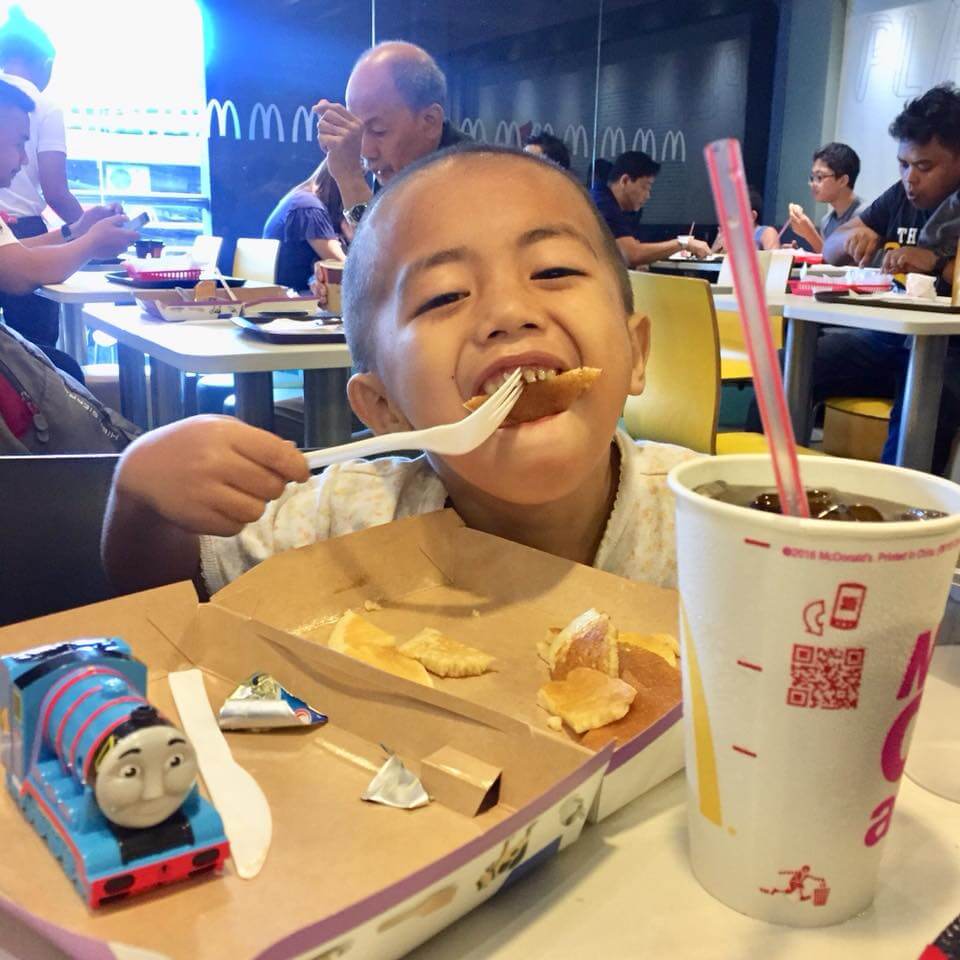 Shaun generously bought the happy meal for the street kid. On the pictures uploaded, the kiddo looks happy with a full tummy and a toy. The kid, a little bit shy, gave thanks to the generous policeman. Mazo felt teary-eyed and filled with joy at that time. He also shared that customers in McDonald’s oftentimes give extra food to Diego. The 3-year old young kid gives happiness to those people around the area. 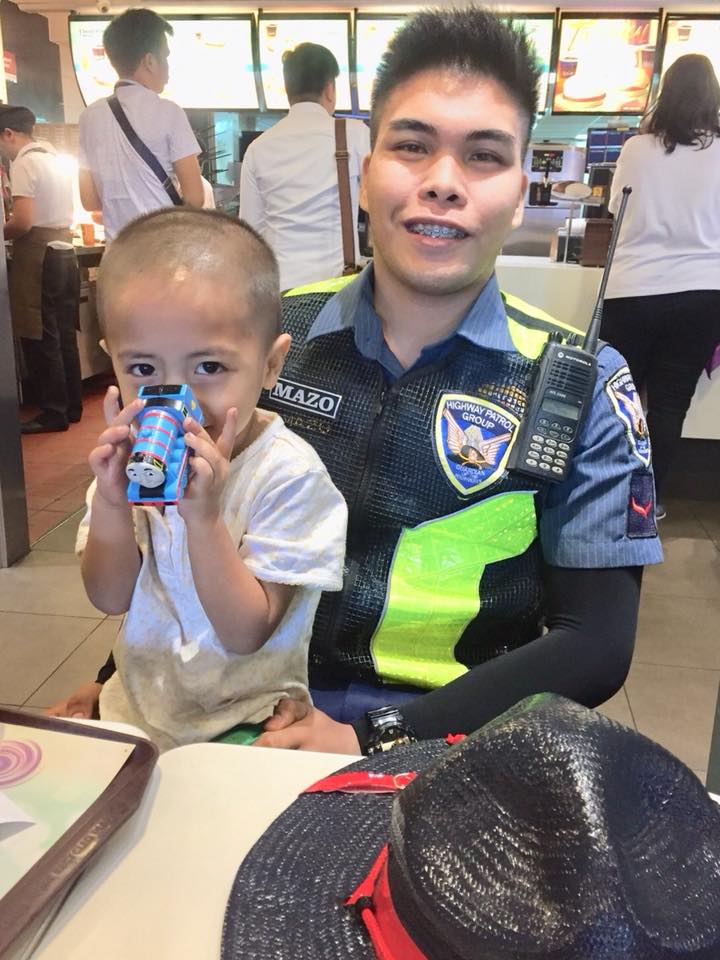 Mazo found out that Diego lives around Boni area and they are 9 kids in the family. He gave a pet name to the kid by calling him “Diego” (pertaining to a character in Dora the Explorer). Being far away from family, he found a friend in Diego. The kid sometimes calls him “Papa.” According to Shaun, the kid reminds him of his nephew whom he misses already. Diego, despite not given with proper needs from parents, stays cheerful and smart.