Kids go viral for swimming with crocodile at the beach, but the creature is not their pet – it is actually their father’s catch! Scary, huh? 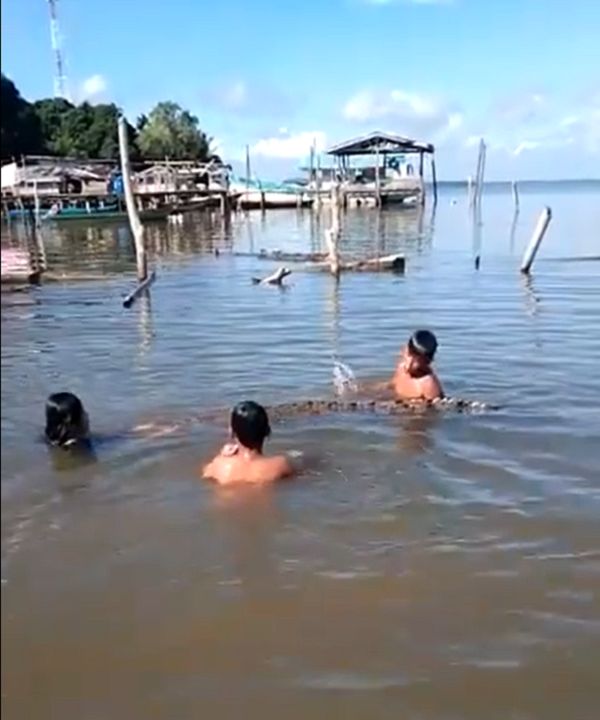 Swimming with a Crocodile

Crocodiles are known to be scary creatures, whether on land or in the water. With powerful jaws and a strong body, even a juvenile crocodile could drag a full-grown man into the waters for its meal! 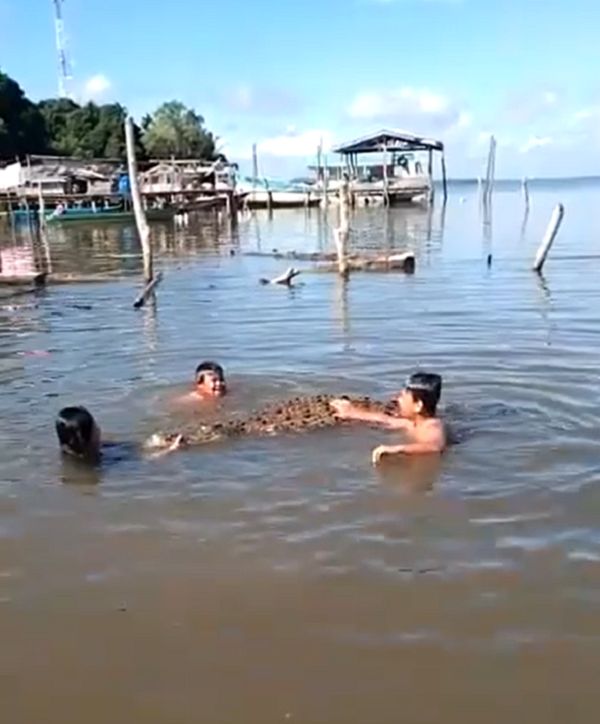 As great hunters, crocodiles easily blend in with the murky waters and look like logs. They can stay there, unmoving, for many hours! But don’t let their stationary figure fool you because they can actually move so fast when they aim to catch their prey!

So, it’s not a good idea to swim in rivers or beaches with murky waters, particularly if there is a possibility that a crocodile might be in the area. 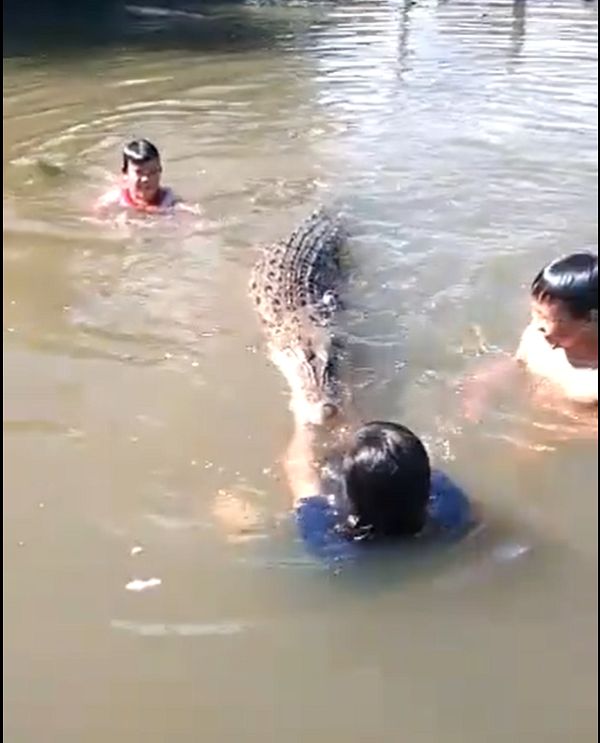 But some kids in Sabah, Malaysia recently went viral for swimming with a crocodile at the beach! Such brave, if not reckless kids, huh? Why would they even consider swimming with one, considering that it could easily catch them with jaws and drag them deep into the beach’s brownish, murky waters!

The kids could be seen laughing as the crocodile swims with them, leading some netizens to wonder whether this one is a pet that they had been raising since it was a baby. But is it even possible to train a crocodile that way? Aren’t they predators by nature? 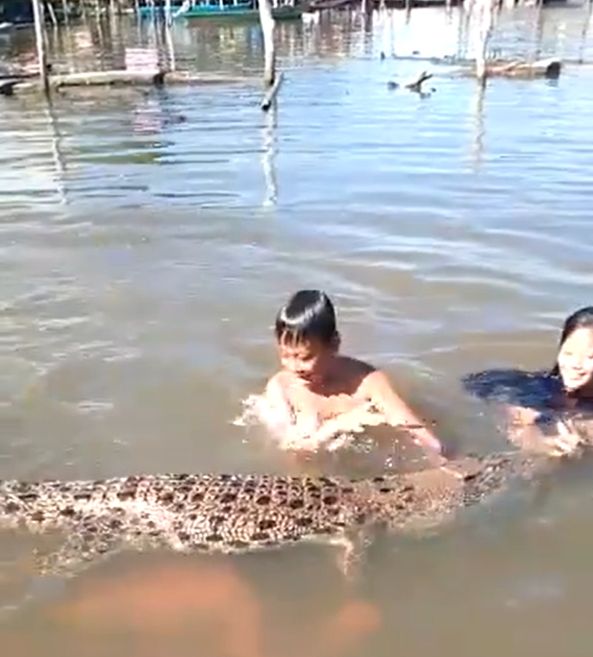 While many debated whether crocodiles could distinguish between humans that raise them and potential food, a number of netizens argued that this crocodile might not be alive! After all, who would risk doing this?

The video shows the kids swimming while the crocodiles floats at their midst. Some moments later, it could be seen opening its mouth while swimming closely with one of the kids. But just as many other netizens predicted, it is not alive. 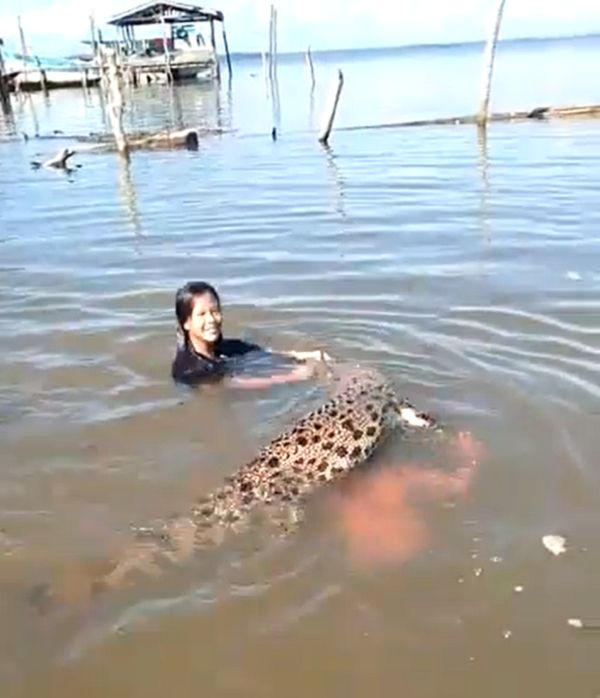 The crocodile was caught by these kids’ father and he could be heard telling people not to try this reckless behavior because they are only doing this as the creature is not alive! Whew.

Currently the largest crocodile in captivity is Cassius, believed to be over 100 years old. The crocodile measures 5.48 m (17 ft 11 in) and was captured in northern Australia back in 1987 before it was transferred to the Marineland Melanesia wildlife park.

Its record was briefly broken by Lolong, the crocodile caught in the Philippines that measured 6.17 m (20 ft 3 in). Lolong was believed to be over 50 years old.