Many of us know how difficult it can be so stay awake while doing something important, such as studying or doing reports late at night. But one kid experienced something hilarious that’s really so rare. He got a temporary lizard imprint ‘tattoo’ after sleeping on one while he was studying! LOL.

Kid Gets Temporary Lizard Tattoo after Sleeping on One

In a post that has gone viral on Twitter, netizen Jackson Lu shares a photo of a kid with bleary eyes. It is obvious that he had just woken up and looks really angry. But netizens had a big laugh after seeing the imprint of a lizard on his cheek. LOL. 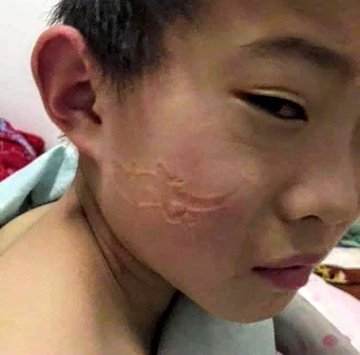 The temporary imprint tattoo came from the lizard that he had accidentally slept on while he was studying. The creature lies unmoving on the boy’s book. It is unclear what exactly happened here and whether the boy is to be blamed for the lizard’s immobilization at this point but netizens simply found this so hilarious.

He must have squashed it flat! Poor kid. Poor lizard. But this is really so hilarious that netizens could not help but comment their lizard and studying jokes. Many netizens simply laughed at the photos but others commented that they hoped the lizard could still be revived. LOL.

There were also others who said that they truly dislike lizards and were lucky that they did not experience this kind of thing while sleeping. No wonder the boy looks really angry in the picture! 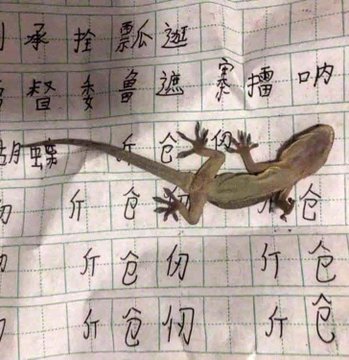 Information on the kid is limited and the photo uploader did not elaborate what happened next but we’re sure he won’t be sleeping the next time he does his lessons!

What is an Imprint?

An imprint is a mark or outline of something on a surface or a body. This can be temporary or permanent, depending on the type of surface the object had imprinted on and the conditions surrounding the imprinting.