Most wealthy parents shower their children with lavish gifts on their wedding day to express how much they love them. While this has become a norm for many rich families, an Indian tycoon decided to do something equally different and wonderful to celebrate his daughter’s wedding.

Ajay Munot, a cloth and wheat wholesaler in Maharashtra, India, has decided to build 90 houses for the homeless instead of spending his money on a lavish wedding for his daughter Sheyra. Munot realized that there is a better way of spending the money rather than investing it in a one day event. With the help of Prakash Bamb, a family friend and member of the Legislative Assembly, he came up with the decision that will change the lives of many slum dwellers in their town. 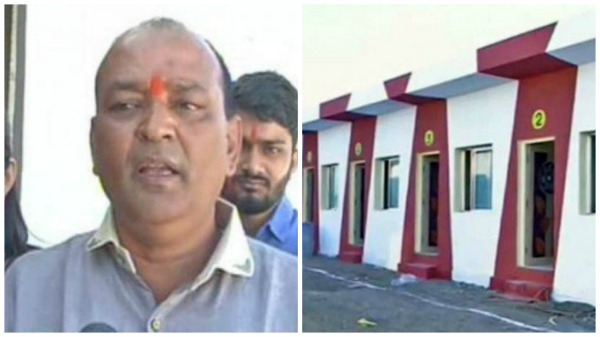 The wealthy businessman started building 108 houses on two acres of land with the goal of finishing them on his daughter’s wedding day. However, he only managed to finish 90 of them by the time the bride and the groom said their “I do’s”.

In order to get a free home from Munot, the person had to be poor, must be living in slums in the town and must not suffer from any kind of addiction. Those who were selected by Munoc and his family now have a safe haven as well as access to electricity and potable water.

Luckily, both his daughter and the groom were supportive of Munot’s decision to help the needy. In fact, they were the ones who gave the house keys to the beneficiaries.

Sheyra told ANI: “I am very happy with the decision and consider it the biggest gift for my wedding”.

“This is the new chapter in history and I hope that the same concept will be followed by the other rich communities,” Munot said.

“We have some responsibilities towards our society and we tried to comply with it.”

What should you expect in an Indian wedding?

An Indian wedding is usually filled with rituals, traditions and celebration that lasts for several days. About 100 to 100,000 people attend the wedding and oftentimes, guests are not known directly by the bride and groom.