Fostering is a very emotion-pulling act to do. Whether you foster children or animals, it is hard when the time comes to say goodbye already. Especially when a bond has already formed.

If it is difficult for people to let go after you have given much care to a child, it must also be difficult for animals to do so. This is what happened to the case of a three-year-old dog, Blossom. 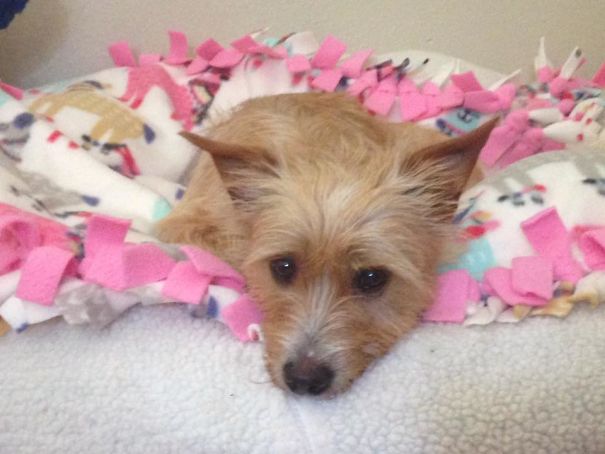 Blossom became pregnant when she was given up by her original owners to Westie & Scottie Rescue Houston, in Texas.

The shelter found out that she has heartworm disease in the advanced stage. Although the disease was treatable, they couldn’t start treating her while she was still pregnant. They had to wait for her to give birth. 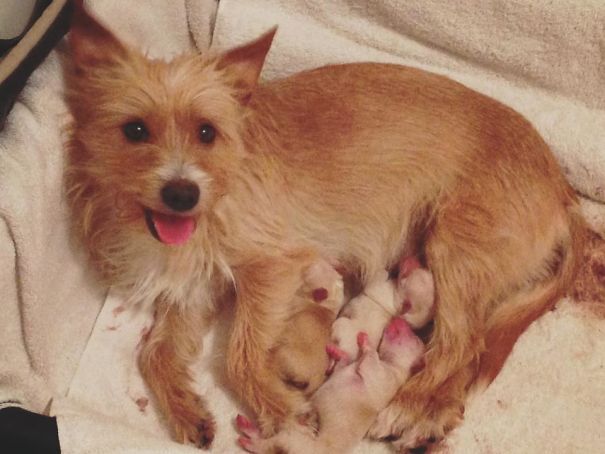 The intake coordinator at the shelter, Maggie Escriva decided to foster Blossom until she gave birth and is clear from heartworm.

While in Maggie’s foster care, Blossom gave birth to three puppies. They were named Begonia, Bluebell, and Buttercup.

Sadly, Begonia and Bluebell both passed away because of an infection that formed even before they were born.

Poor Blossom was inconsolable. Maggie posted on her Facebook that no one was able to console Blossom and she was frantic. 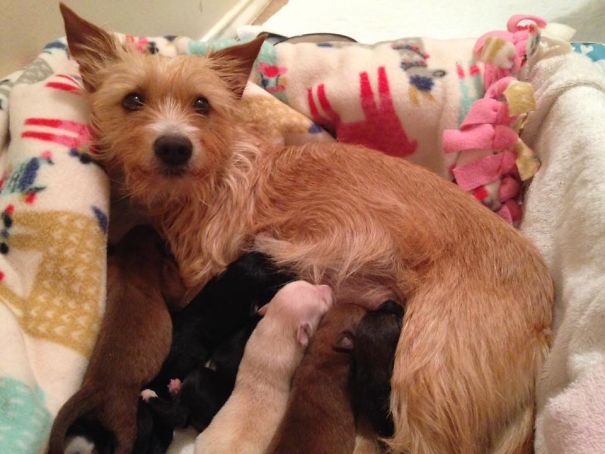 Shortly after the loss of Begonia and Bluebell, Maggie heard of a litter of puppy that was thrown out of a window of a car. These were still young and vulnerable that they haven’t even opened their eyes yet.

There are 8 puppies that were thrown but sadly, only 6 survived. They are desperately in need of a foster momma.

Maggie thought this was the perfect solution for Blossom’s heartache. 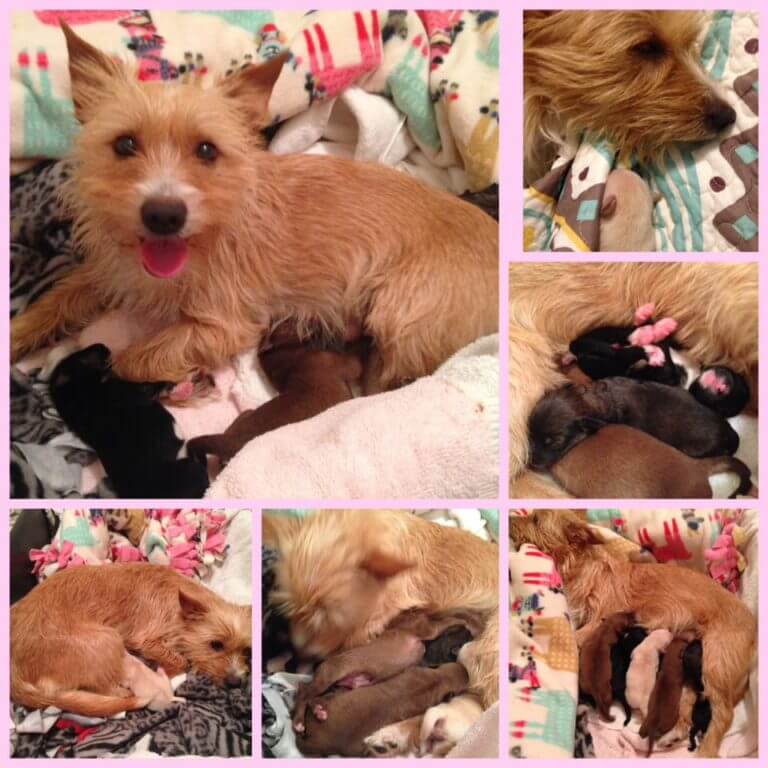 Even though it was a bit dangerous to the health of the puppies and Buttercup, Maggie risked it. Blossom was ecstatic, without second thoughts she nurtured the new puppies like they were her own.

According to Maggie, Blossom just looked at the tiny babies, “climbed into the bed and started cleaning and feeding them.

Watch the beautiful video below:

Blossom was able to raise the puppies strong and big. They were all given flower names following Blossom’s name.

Blossom is also clear of heartworm and is ready to be adopted by another loving family.