When they got married, John promised Linda he would love her “through thick and thin, through sickness and health”, until death do them part. Many decades later, this promise was challenged by Linda’s memory loss.

Linda has lost her memory, possibly even forgetting who she was and who this kind guy staying with her was yet John loves her enough not to give up on her even as the times are rough.

When she lost her ability to read, he did not turn her away. Instead, this loving husband began to teach her how to read again, patiently going through flash cards so she could re-learn how to read even while they were having a date at Starbucks. 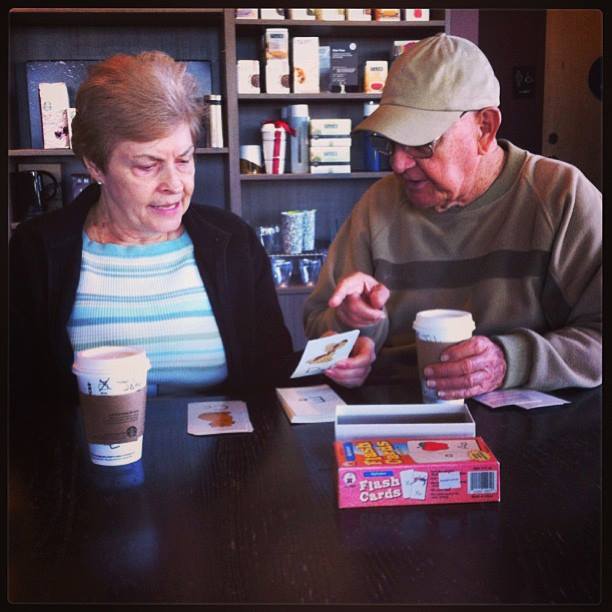 It was how social media user sho3 found them one day. Sho3 shares a photo of the two, along with their heartwarming story on Reddit where it had quickly gone viral. The touching moment was also shared on Facebook page, Love What Matters, where hundreds of people commented that this was surely proof that true love still exists!

What a beautiful love story…

While dementia or Alzheimer’s Disease and an accident are among the leading causes of memory loss, there are 5 other surprising causes of this rather frustrating medical situation.