Home
Lifestyle
This Woman Wore Body Paint for a Day but No One Noticed!

Would you dare go out in public wearing just body paint? That really is a terrifying prospect, right? The thought that you are naked in public even if you have ‘clothes’ on – since the clothes are really just paint!

Well, one woman took on the challenge and was quite surprised at the results and the insights she was able to gain after wearing body paint for a day.

Julie Nolan admitted that she’s never tried body painting before – and that’s already enough to make one feel nervous, especially because she has to go out in public wearing her painted on clothes! Body painter Pashur will creat her ‘clothes’ and make her look like she’s really wearing some. Would it work out? Well, the answer is a big ‘yes’! 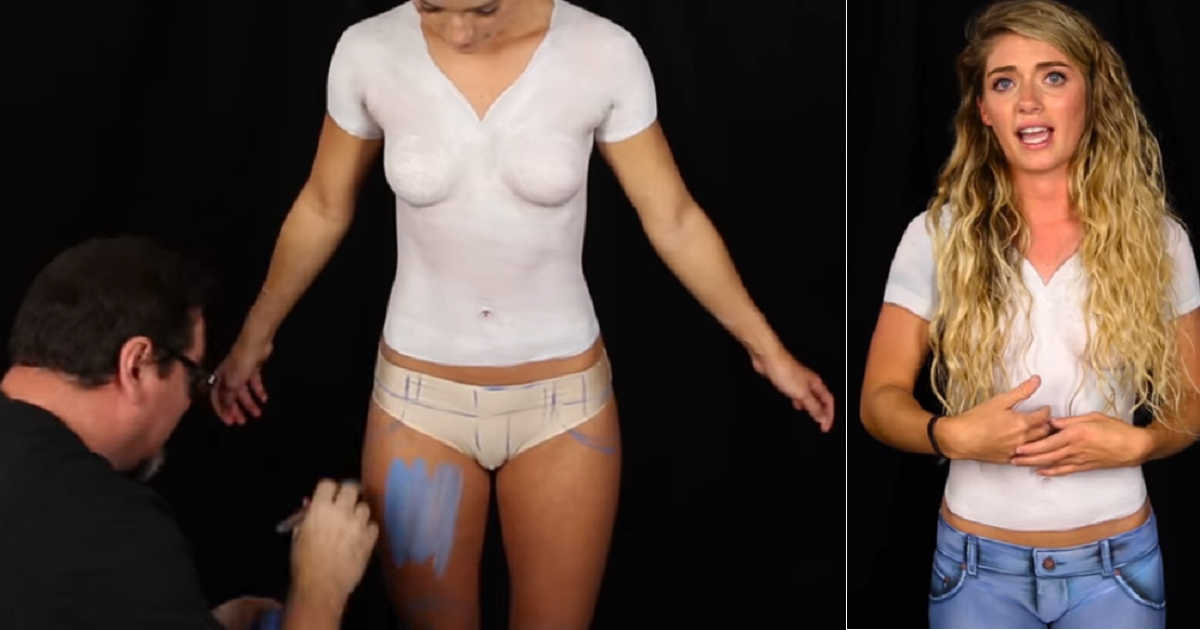 Screenshots from video by BuzzFeed Yellow

Pashur really knows his craft. He was able to create ‘clothing’ for Julie using various paints. He made sure to pay attention to details to create the illusion of real clothing on the model. From the white t-shirt down to the denim jeggings, Pashur was able to create clothes that aren’t really clothes.

When Pashur was done, even Julie couldn’t believe her eyes! This guy really knows his craft… It was time for them to test whether people would notice anything.

Julie went to crowded public places and restaurants just to check if anyone would notice but Pashur had done such a great job that no one knew she was just wearing body paint until she told them!

At the end of the day, no one noticed the body paint at all! This led Julie to a surprising insight that this can be related to insecurities – that you feel like you are naked but no one really notices anything! What a touching video…

What is Body Paint?

Body paint is the art of paint the human body – it is much like a tattoo but it is only temporary.