Homeless since birth and growing up as a beggar on Paterno Street in Quiapo, Manila, Philippines, many would say that Rodallie S. Mosende might never succeed in life – for how can she go to school and earn a degree, anyway?

And even if there are people who have succeeded even without finishing their studies, most of these highly successful ones simply got lucky and had some help from other people. Thankfully, someone did help Mosende in her studies!

When photographer Rick Rocamora created a documentary featuring the homeless in Quiapo back in 2011, Mosende’s story was among those that struck a chord not just in him but in one anonymous benefactor who decided to send her to school.

Growing up as a beggar who would later hustle food from vendors when her mom got sick, Mosende promised to pay them off when she grows older and get a job. She was determined to finish her studies despite being homeless!

For food and transport while studying at the Lyceum University of the Philippines (Manila campus), she worked as a street sweeper. 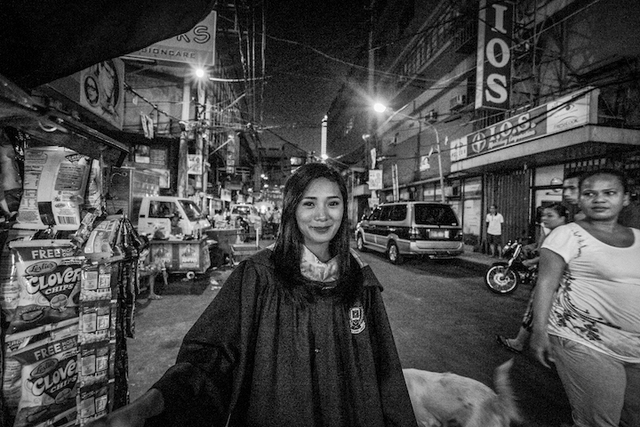 Her hard work and determination paid off. She recently graduated with a degree in International Hospitality Management from the school, specializing in cruise line operation in hotel services, reports The Filipino Times.

Not only that, a job in the cruise industry will soon be in her hands! And because such jobs could earn her big money, having a home is also going to be a reality for Mosende and her family in the near future!

Indeed, Mosende is another inspiring example that poverty should never be used as an excuse for not succeeding in life because time and again, there are people who come from the poorest of the poor in society, just like Mosende, who managed to turn their life around to reach for their dreams.