While the rest of the world still has to wait for December 2015 to watch the Star Wars “The Force Awakens”, one superfan was granted a rare view of the early cut before the movie’s actual release date.

Daniel Fleetwood loves the movie franchise so much that upon learning he has terminal cancer, one of his dying wishes was to watch the latest installment, “The Force Awakens”, before he dies. Although it seemed quite attainable since official trailers of the movie have already been released, Daniel was afraid that he would already be dead before the movie will be released this December.

Family and friends began a campaign in hopes that the good people of Disney and Lucasfilms would grant Daniel’s dying wish. Aside from the GoFundMe campaign for Daniel to raise funds for his treatment, the #ForceForDaniel campaign was launched on social media for his Star Wars screening wish. 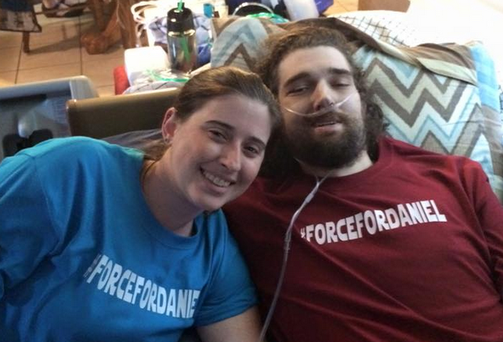 The campaign reached the eyes of several film actors and, eventually the best persons to grant this Star Wars superfan’s final wish. In the first week of November, Daniel’s wife Ashley excitedly thanked “family, friends and awesome strangers!” after revealing that the wish was granted by the filmmakers.

She said, “Today the wonderful Disney and Lucasfilms made his final dream come true, in the amazing typical Disney way, they really do make dreams come true!”

Less than a week after Daniel watched the early cut, Ashley broke the sad news that he already passed away. She posted, “Daniel put up an amazing fight to the very end. He is now one with God and with the force. He passed in his sleep and in peace. He will always be my idol and my hero. Rest in peace my love.”

It is amazing that the filmmakers went out of their way to grant one superfan’s last wish but as one Reddit user had put it, “Imagine if, as a director, you found that a dying man’s last wish was to see your product. Your work of art. Out of all tangible things available to man, it is your movie that a man wants to see before he dies.” How true!