MANILA, Philippines- Senator Francis “Chiz” Escudero’s celebrity wife has decided to defend him against people annoyed by his “robotic” manner of speaking.

Shortly after the conclusion of the Comelec-organized vice presidential debates on Sunday, April 10 at the University of Santo Tomas (UST), Escudero became a hot topic on social media for his unusual way of speaking. According to many netizens, Escudero spoke like a robot. He was even compared to Apple iOS virtual assistant Siri (Speech Interpretation and Recognition Interface). 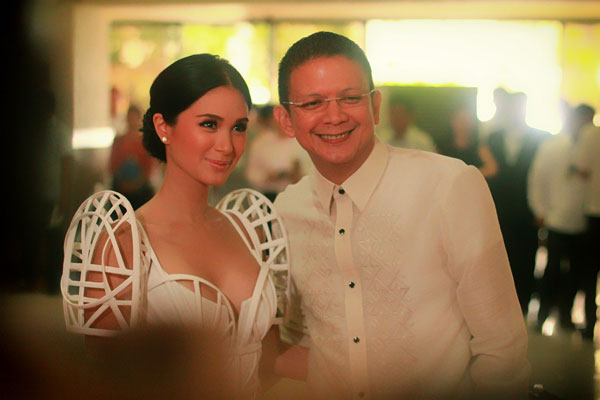 While several others commented that Escudero was seemingly reciting a poem while answering questions during the debate, analysts noticed that the vice presidential candidate chose to be “safe” during the heated political discussion. Unlike his opponents, Escudero refused to ask grilling questions to his rivals.

#SayChiz ❤️ be like a flowing water. Only through its softness that it breaks the rock, and finds itself in the immensity of the sea.

(Can’t find the way? It’s not the tone of voice. It’s what you have done.)

Why Sen. Escudero Didn’t Attack His Rivals in Debate

Sen. Escudero has revealed the reason why he chose not to attack his rivals during the recently concluded vice presidential debate.

The lawmaker explained that it’s not his character nor style to destroy any of his fellow candidates. Moreover, Escudero believes that it’s not his job to belittle what others have done or point to their mistakes. According to him, it doesn’t have to come from him as he thinks people are already aware of these.