The latest State of the Nation Address (SONA) of Philippine President Rodrigo Duterte generated different reactions from the people, with their responses mostly dependent on which side they are on – but one man was so touched by president’s speech that he made a generous donation of a Hyperbaric Oxygen Chamber which was mentioned in passing.

The chamber barely got a minute mention in Duterte’s SONA, with the president only asking whether the country’s military hospital even had one but an impressed Tinton Deveza quickly posted his donation on Facebook.

Because he had no direct connections to Malacañang, financial consultant Deveza wrote on Facebook to quote the president’s question regarding the hyperbaric chamber. He added that he’s donating the machine which he bought for Php10 million – and he’s freely giving it to the government to save soldiers’ lives! Isn’t that amazing? 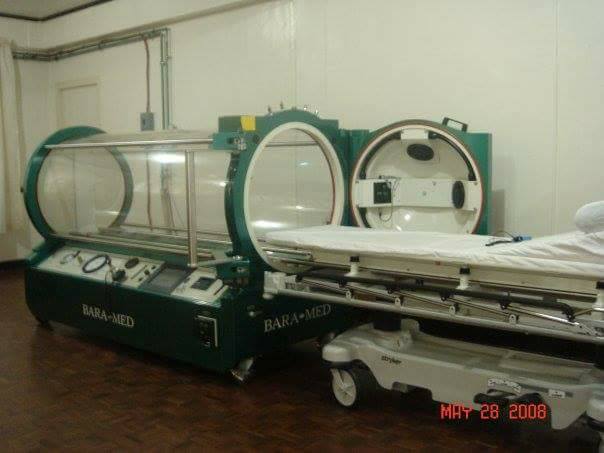 Deveza also mentioned a certain Dr. Jojo at V. Luna General Hospital (the AFP General Hospital) who knows how to operate the machine. He implores the president to accept his family’s “humble donation”.

He also joked that the man inside the chamber in the photo is not part of the donation. LOL. It is unclear whether he was the man in the chamber and why their family owns a hyperbaric chamber but the Filipino people could certainly feel grateful that this very rich and very generous man made this amazing donation. 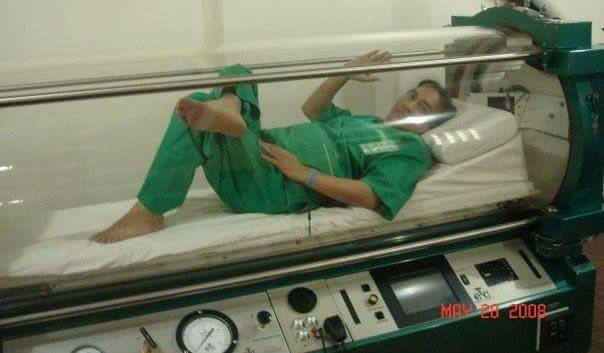 Not only will this machine help countless soldiers heal faster and have more chances of surviving their ordeal, the generous donation also means the government was able to save a lot of money (at least Php10 million) it would have needed to procure the medical equipment!

What is a Hyperbaric Oxygen Chamber?

This medical equipment is used for oxygen therapy for decompression sickness such as that in scuba diving but it also has other practical applications, including combating serious infections, wounds that won’t heal due to severe injuries (such as what soldiers suffer, including amputation) or diabetes, and bubbles of air in the blood vessels.