Pao Atienza promised his then-girlfriend that he would attend her graduation day but after they have broken up, he still managed to fulfill his promise to the girl! And this has earned him much praise on social media.

In a post that has since gone viral on Facebook, Atienza revealed that he had second thoughts about attending the event because they were no longer together and haven’t even talked for over a month yet he chose to go, instead, to fulfill a promise he made.

At the event, he met with her father and brother who chatted with him before the ceremony started. He noted how the girl’s father looked really happy with her achievement. 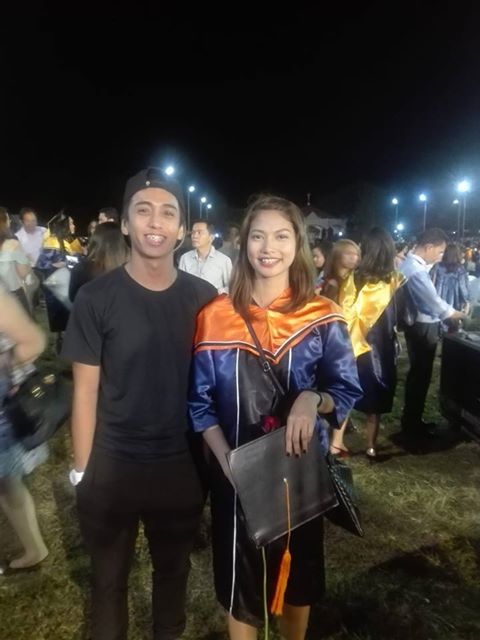 As the ceremony started, he moved away from the family and watched the proceedings. When the girl was called on stage, he couldn’t help but feel overwhelming emotions as he watched her accept her diploma. Feeling proud that she has achieved her dreams, he felt tears flowing down his face – and right at that moment, her elder sister spotted him! Oooops.

The elder sister reassured him, saying, “Okay ka lang ba? Kaya mo yan.” (Are you alright? You can do it.)

He admitted that he cried because he felt happy that he was able to accomplish what he promised when they were still together.

A short while later, the girl texted him and jokingly asked for her gift. He congratulated her and told her how happy he was that she has achieved this new chapter in her life.

After the family took some photos, he drew the courage to also ask whether they could take a photo together. She agreed and this was the same photo he would later post on social media.

Afterwards, they bid each other goodbye. Atienza said he felt happy that he was able to fulfill his promise, saying that he did it to be a man of his word and not because he hoped to win her back.