With so many grand marriage proposals going viral on the internet these days, a lot of guys feel pressured to top these with their own unique proposals yet one does not really have to spend a lot of money to propose marriage to the one they love – so, guys, do not be pressured by these expensive, very grand proposals because you can have a unique proposal and your girl will love it! What matters, really, is that she can feel the love and effort you’ve put into the proposal.

Take for example this cute video shared by John Mamaril of the proposal by his friend Jun Navarrete to girlfriend Janine Rosales.

As you can see in the clip we will share below, Jun was trying to perform a magic trick for his girlfriend but what the latter did not know is that the supposed magic trick was actually but an intro to his proposal.

While Jun was supposedly trying to perform his magic trick on his girlfriend, putting his thumb on her forehead, one of their other friends was actually also trying to put a ring on Jun’s hand (only that person’s hand can be seen in the clip). 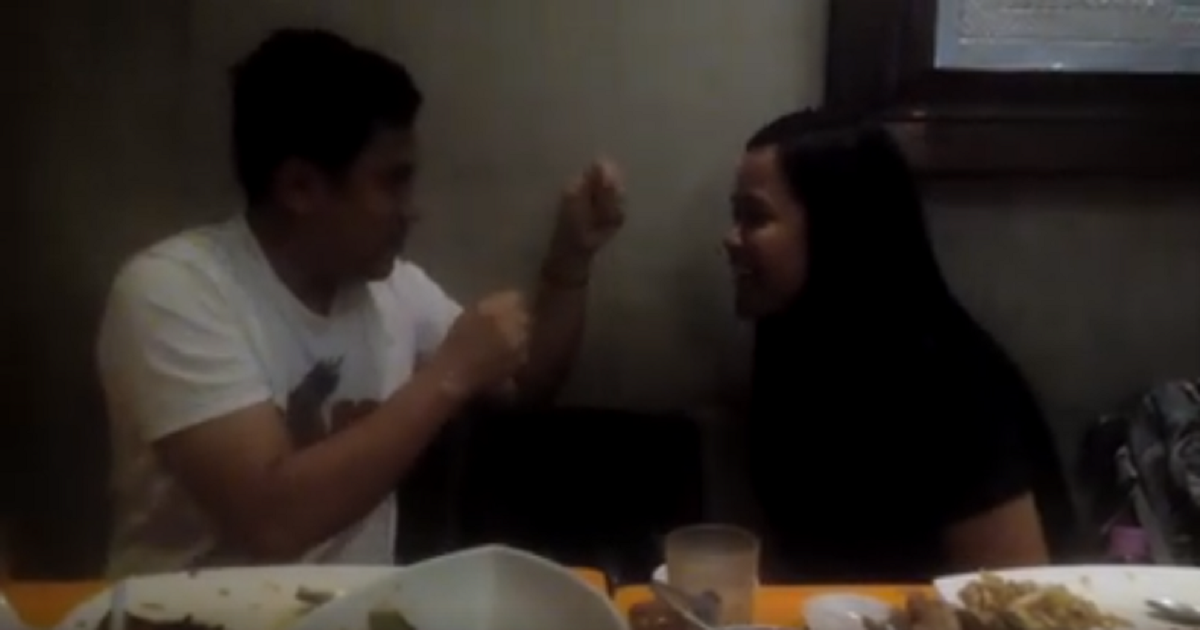 Screenshot of video by John Mamaril/Facebook

It took a second try before the person holding the ring was able to pass the ring to Jun without Janine seeing.

Everyone was shouting with delight when the ring finally reached Jun’s hand and he quickly showed it to Janine – more so when the surprised girl gave her resounding “yes!”

In the comments section, someone revealed that the wedding is set in December this year – but we’re not quite sure whether Jun would have more ‘magic tricks’ up his sleeve by then to entertain his would-be wife and their cool friends…

There are so many ways that a man can propose to his girlfriend (or even vice versa) but a lot of guys still prefer unique proposals.

Here are some ideas for unique proposals:

One of the cutest marriage proposals I've ever seen! Grats Jun & Janine!