It has been orbiting the Earth for some 100 years but asteroid 2016 HO3 is so small (some 120 feet across and no more than 300 feet wide) that it took scientists a long time before they realized it was actually there!

Now dubbed as the Earth’s “mini-moon”, this heavenly body is believed to have been captured by the Earth’s gravity for some 100 years; though it is still light and small enough not to be totally locked to the planet. It is quite possible that in a few hundred years, this little asteroid will break free of the Earth’s gravitation pull and go off to space for another adventure, possibly to become a moon to another planet in the future. 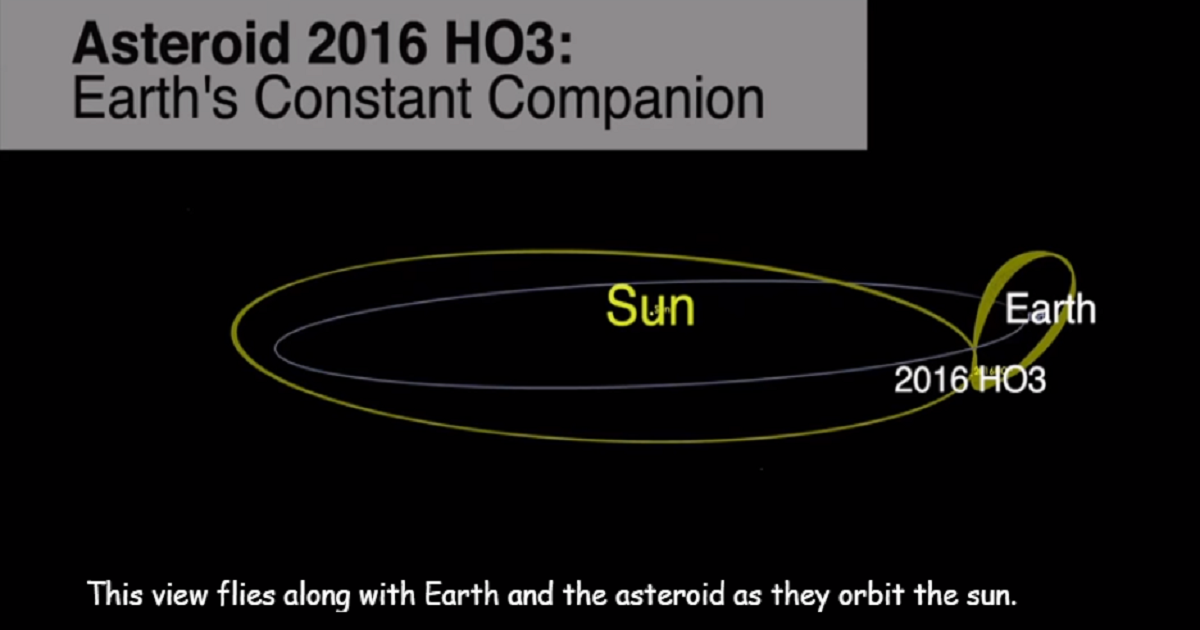 The newly captured satellite is also farther from the Earth than the primary moon, with a distance ranging from 38 to as much as 100 times the distance between the Earth and the moon! This is also another reason why this new mini-moon was not discovered right away.

Still, according to projections and studies made by scientists after its discovery, 2016 HO3 is in a subtle dance with the Earth and the primary moon – and there is no immediate danger of it crashing into either heavenly body.

Also, it never really comes closer to the Earth than some 9 million miles (14 million kilometers), so there’s no need to fear that an Armageddon is set to happen in some near future because of 2016 HO3.

The label, 2016 HO3, is also going to be temporary for this small heavenly body – and we should expect it to be named into something more interesting quite soon.

The manager of NASA’s Center for Near-Earth Object (NEO) Studies at the Jet Propulsion Laboratory in Pasadena, California, Paul Chodas revealed, “The asteroid’s loops around Earth drift a little ahead or behind from year to year, but when they drift too far forward or backward, Earth’s gravity is just strong enough to reverse the drift and hold onto the asteroid so that it never wanders farther away than about 100 times the distance of the moon. The same effect also prevents the asteroid from approaching much closer than about 38 times the distance of the moon. In effect, this small asteroid is caught in a little dance with Earth.”

Up until very recently, the Moon has been known as the Earth’s one and only natural satellite. It is believed to have been formed some 4.5 billion years ago, right after the Earth was formed. Some theorists believe the Moon was a product of a collision between the Earth and Theia, a hypothesized ancient planetary-mass object believed to be the size of Mars.

The Moon is in synchronous rotation with Earth; this means that it always shows the same side to the planet.