A photo on Twitter recently went viral as it showed a cute 5-month-old baby girl posing with a gift she got from her loving grandfather – a gigantic teddy bear. Posted by Sabrina Gonzales, mother of baby Madeline Jane, the post has so far received over 67,000 likes and more than 45,000 retweets.

It all started when Grandfather Gonzales, who works at Costco, posted a photo of himself in front of big teddy bears. Sabrina then left a comment on the photo, jokingly, saying her little Maddie definitely “needs one of these.” 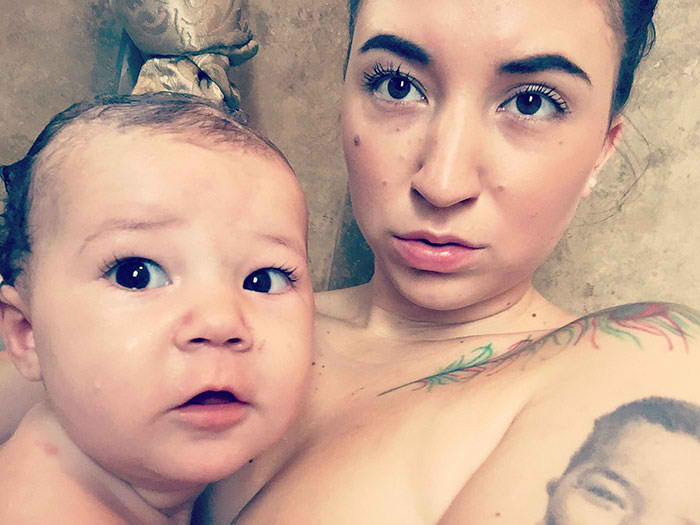 She was, however, later surprised when she received a message from the grandfather – who took the joke pretty seriously. 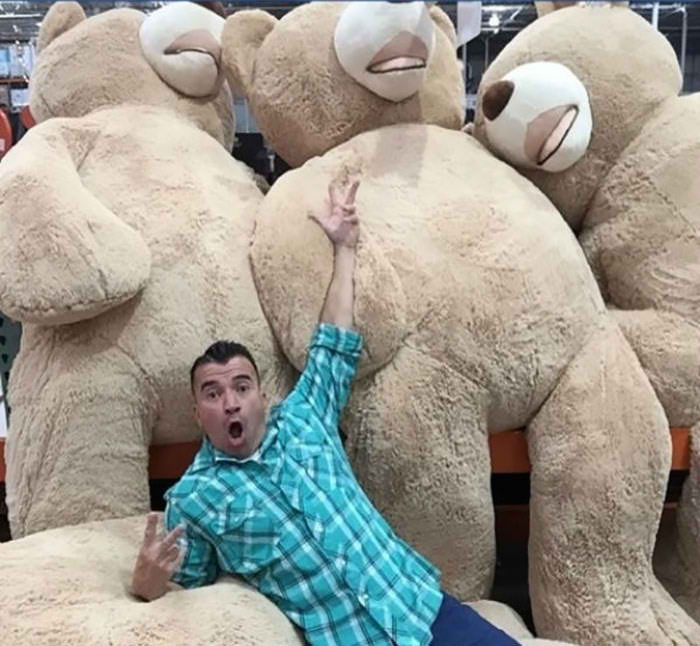 As quoted by BoredPanda, Sabrina said:

“Next thing I know, I receive a text from him saying he bought her one.” 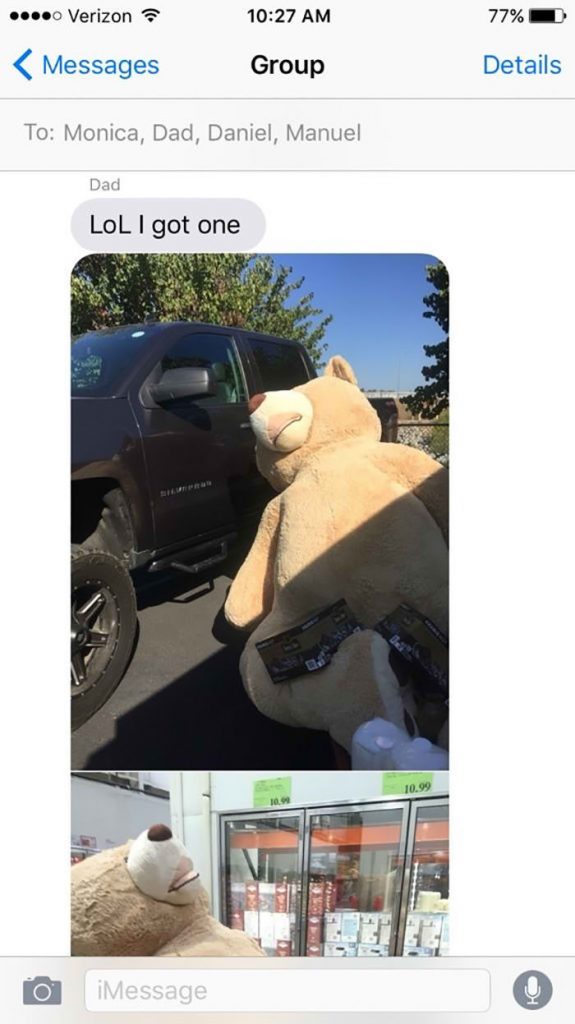 Eventually, the mother posted a photo on Twitter where we can see Maddie and the massive teddy bear. Netizens immediately noticed the cute post and it started to take a life on its own as it achieved viral status. 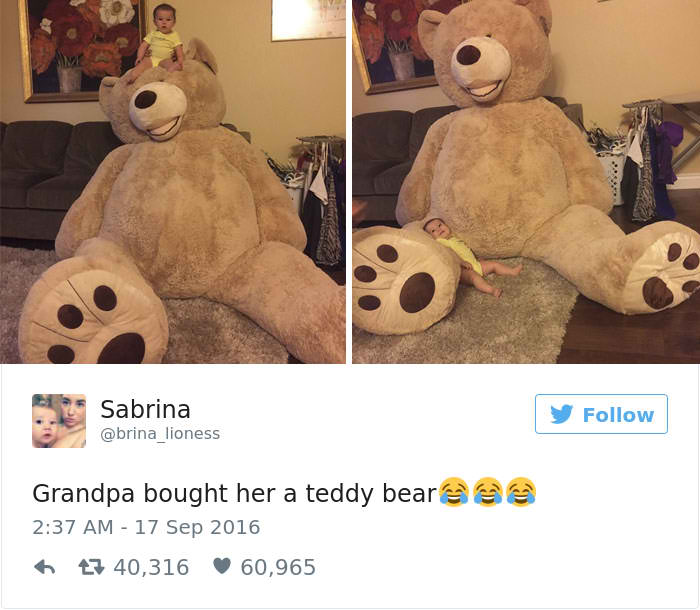 Not surprisingly, the amazing Grandpa Gonzales was later dubbed by many netizens as the “coolest grandpa ever.” We couldn’t help but agree!

What Is The Origin Of The Teddy Bear?

The origin of the teddy bear, as we know it, dates back to November 1902. Theodore Roosevelt, then President of the United States, went on a Mississippi hunting trip with his hours. The group was unsuccessful in finding any wild animals, even after hours of searching.

“Finally,” FactMonster tells us, “the group did track down and surrounded a helpless bear. One of the guides asked the president to shoot the bear so he could win a hunting trophy. The president refused, and news reporters throughout the country spread the story of Roosevelt’s kind act.”

“Not long after this took place, a famous cartoonist named Clifford Berryman drew a cartoon based on Roosevelt ‘s rescue of the bear. When a store owner in Brooklyn saw the cartoon, he decided to make toy bears to sell in his shop. He asked president Roosevelt for permission to use the name “”Teddy’s Bear”” for his toys, as a reminder of the bear Roosevelt had set free.”