One guy in Atlanta has raised the bar for proposals several notches higher by offering his sweetheart 5 rings when he proposed to her after an exhilarating helicopter ride to set the mood! Netizens couldn’t get over the fact that this guy was able to offer 5 diamond rings when they can’t even afford to buy one.

William Hunn has been together with Brittany Miller for just a year but because they’ve been friends for over a decade, he knew that she is the girl that he wishes to spend the rest of his life with. Not only is she his girlfriend, but Brittany is also his best friend, William explained. 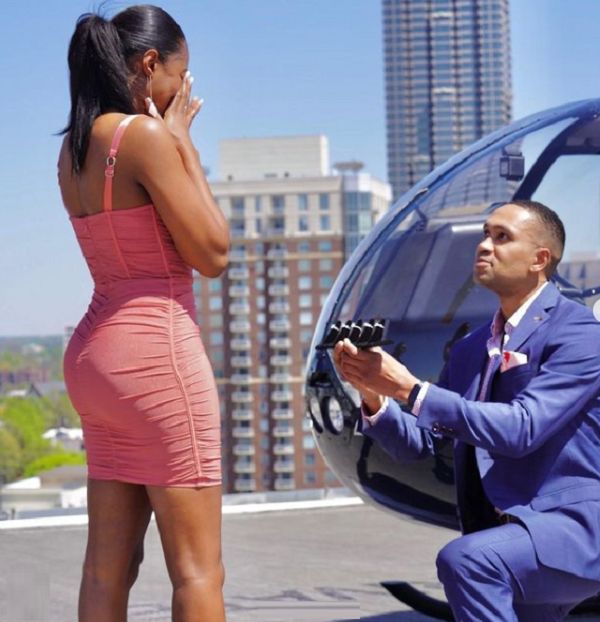 Because he felt so sure that Brittany is the one, William took her ring hunting under the guise that it will be for a vlog. What she didn’t know is that William was, indeed, making a vlog but it was for a proposal that he planned and filmed for 30 days.

Brittany had picked a rectangular-cut diamond ring which William used to film the proposal video. He would take a video while he was with her but only when she isn’t looking or if she had her back towards him. 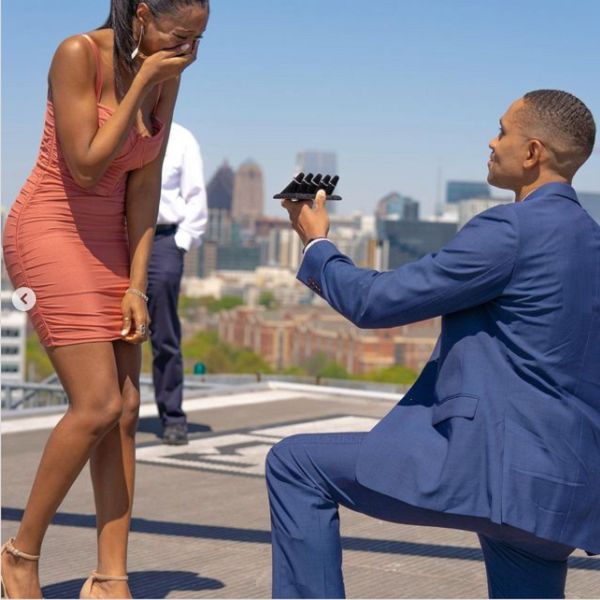 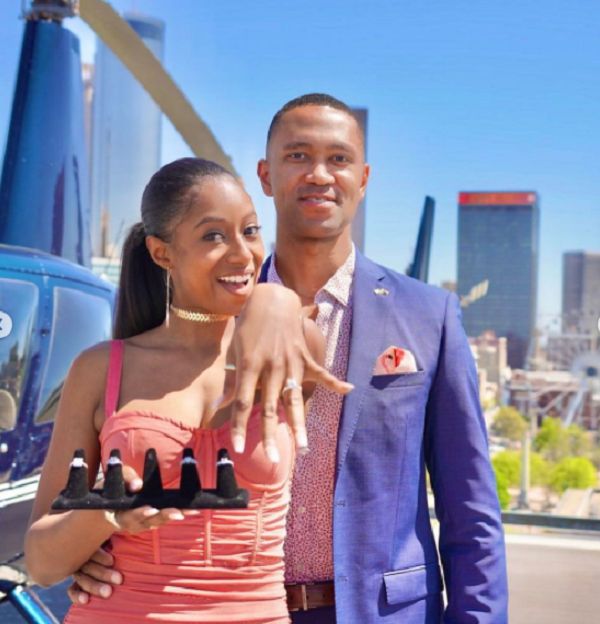 On the day of the proposal, William took Brittany on a romantic helicopter ride to enjoy the scenic views of Atlanta. As the helicopter landed on the helipad, Brittany’s heart ‘just dropped’ seeing their respective families and some of their closest friends waiting. Photographers and videographers were also there to capture the moment.

“When I saw them come up to the rooftop, my heart just dropped … all I could think was, ‘Oh my gosh, it’s about to happen, it’s about to happen.’ If he had just had our family come from out of state to meet for the first time, and surprised me with one ring, I would have been just as happy. But he wanted to make it very very unique and special, and he did that,” Brittany narrated. 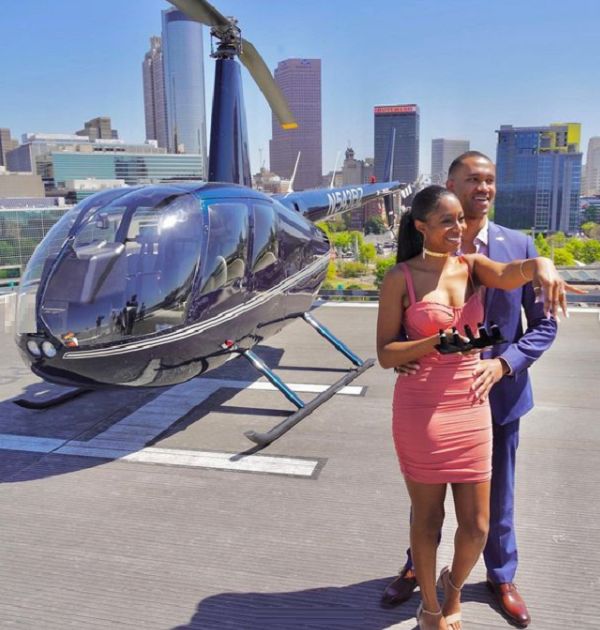 But when William dropped on one knee, he took everyone’s breath away because he whipped out 5 rings! While some netizens think it is too much, many loved the creativity and how he’s really offering Brittany his everything.

“I had no idea @ichillwillfixit was following me around for a month with one of the rings he proposed to me with. It ended up being the one I chose. He took a lot of risks flashing this behind my back but he managed to pull it off. The fact that he took a month to make this video was so thoughtful and creative. Thank you fiancé,” Brittney wrote on Instagram.

Her final pick is still that first ring she chose when they went shopping but it’s great to know she still has other options. 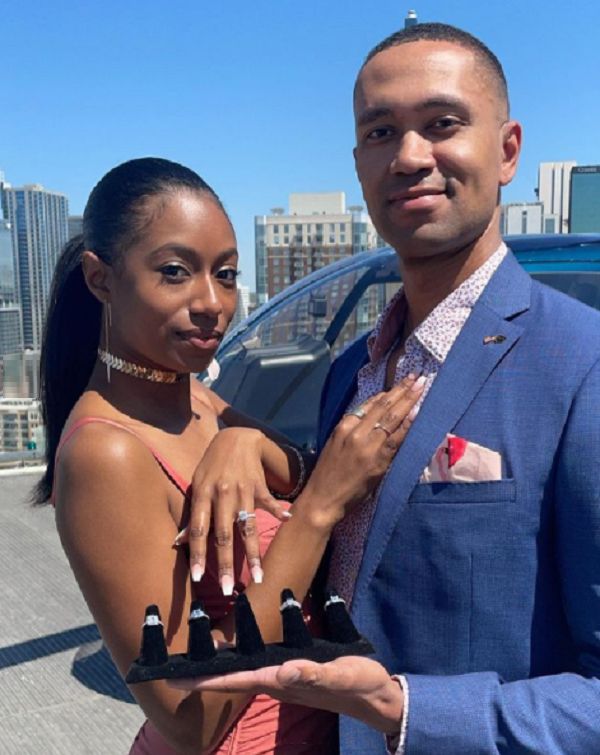 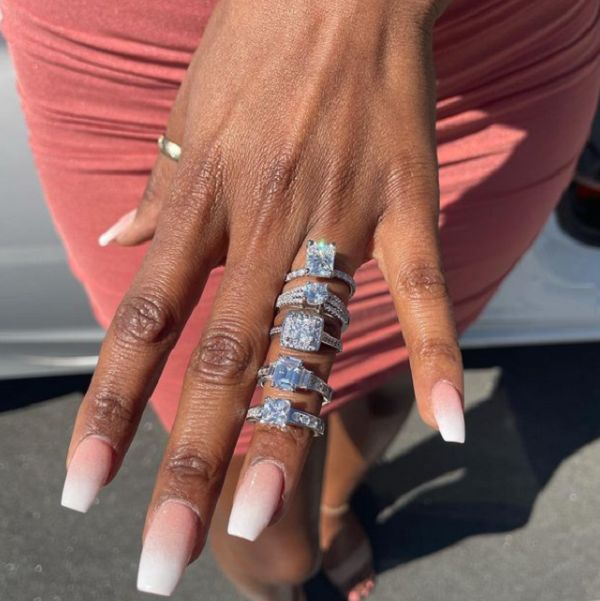 “She Said Yes! Asked my best friend to spend the rest of our days together! & gave her 5 different options to choose from! @mz_miller I thought I knew what love was till you came into my life. Can’t wait to see all the blessings that God has in store for us!” William happily announced.

Interestingly, William was bringing a diamond tester to make sure the rings are real. Wow.

What is a Diamond Tester?

A diamond tester is a small, portable device with a needle-like tip that’s placed on top of the diamond. It will make a sound or will indicate on the display whether the diamond is real or not.