Pinoy dancers recently earned the admiration of no less than Jennifer Lopez, also known as J.Lo, as they participated in the viral #J.LoTikTokChallenge. The group danced to the challenge that’s supposed to copy the Latin diva’s SuperBowl performance.

She’s already 50 years old but Jennifer Lopez proves that age is really just a number with an impressive performance alongside 43-year-old Shakira during the Super Bowl Halftime Show that took place last February 2 at the Hard Rock Stadium in Miami, Florida. 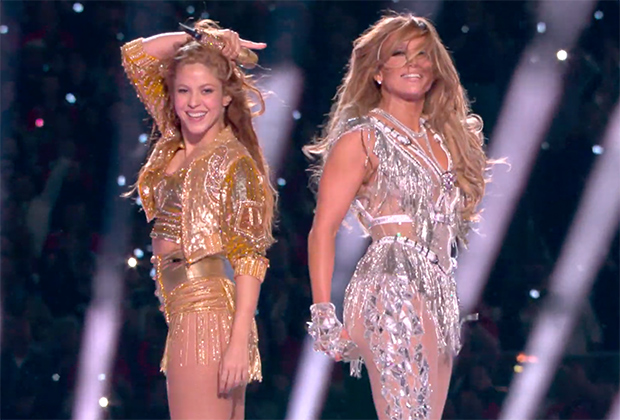 The epic performance got a lot of fans on their feet as they cheered for this superstar also known as J.Lo. And while it’s not surprising that most people might be unable to pull the moves that J.Lo and Shakira did for the impressive halftime show, this did not stop many from trying, anyway.

This sparked a #J.LoTikTokChallenge that J.Lo announced on her social media accounts.

“The #J.LoTikTokChallenge is on! This week dance to #QueCalor / #LoveDontCostAThing from my #SuperBowlLIV Halftime Show performance! I’ll reshare my favorites on TikTok,” J.Lo wrote.

Fans went wild, of course! After all, getting noticed by no less than your favorite artist is a truly amazing thing!

Pinoy Group Gets Shoutout from J.Lo

As promised, J.Lo posted several videos from fans that she loved. One of these is a video by a Pinoy group from Cebu City.

Daryl Alindao and his group copied the hypnotic routine if “Love Don’t Cost a Thing” from the SuperBowl performance – and the Latina diva loved it! And they got a thumbs up from no less than the real Jennifer Lopez.

J.Lo shared their video on her Instagram stories, adding a sticker that says “Love it!” to the post. 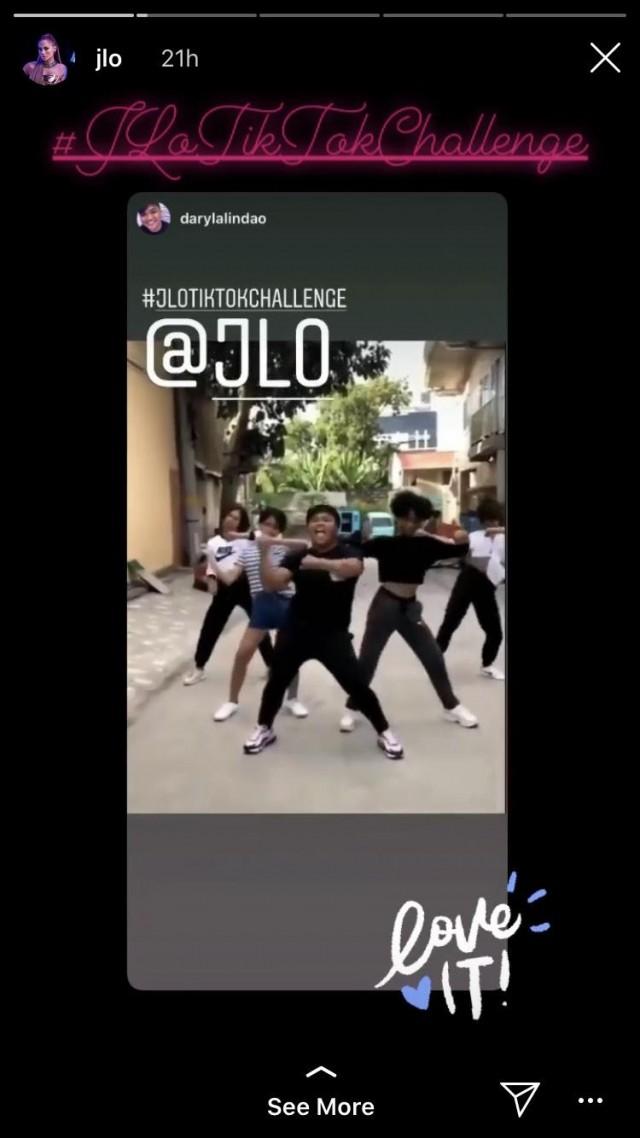 The group now wants to do more J.Lo videos.

Born as Jennifer Lynn Lopez on July 24, 1969, J.Lo began her career as a ‘Fly Girl’ dancer on “In Living Color” in 1991 before pursuing an acting career in 1993. She got the lead role for the “Selena” biopic in 1997 that made her the first Latin actress to earn over US$1 million for a film.

She went on to star in other successful films, including “Anaconda” (1997) and “Out of Sight” (1998) before venturing to the music scene in 1999 with the release of her debut studio album “On the 6”. She propelled the Latin pop movement in American music, soon become one of the most popular and influential female stars.

J.Lo has an estimated net worth of US$400 million.