There are many places in the Philippines that could not be reached by motor vehicles. In these places, animals like carabaos and horses become the primary means of transport.

As a beast of burden, carabaos do a lot of things not just in these remote areas but also help out in the farm, helping farmers in many different ways. So, we understand that they can be quite precious to the residents – especially because they do cost a good deal of money to buy.

Now, there’s this video taken somewhere in Davao, southern Philippines where a kid was more concerned with the carabao than the man who was nearly drowning in the flood.

Although in Visayan, the video clearly shows how the kid was concerned with the carabao (kabaw). At first, the kid screamed out warning to the man, telling him not to cross the flooded road because the water was too deep for the carabao. 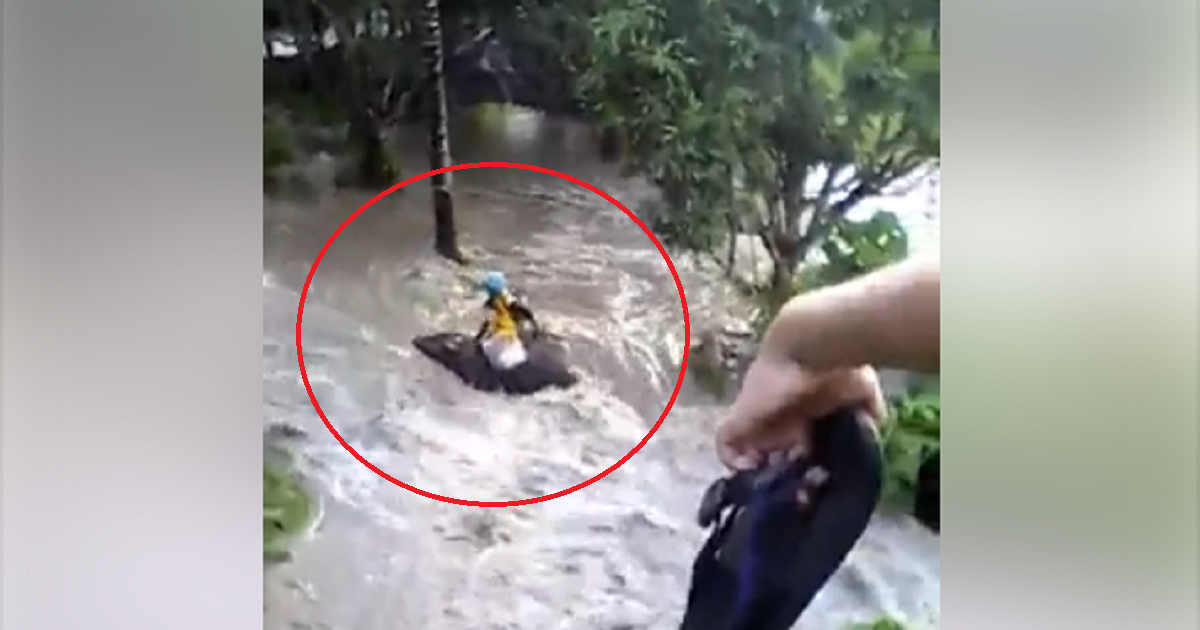 But as the man continued to cross the flooded area, it was soon clear that the child was correct and that the carabao couldn’t make it through that spot! The kid could be heard screaming out, not just warning the old man but also feeling sorry for the carabao.

While the kid did comment that the man was pitiful as he was in danger of drowning in that flooded spot, concern for the carabao prevailed.

The clip would soon go viral, gaining over 3.7 million views since it was uploaded by Irish Ong on her Facebook account. Ong credits netizen Cess Lumen Lanticse for the video, saying she had a good laugh after watching the video because of the child’s comments about the carabao.