A fruit seller who actually holds a PhD surprises everyone as she leads the market protest while speaking in fluent English! Wow.

It could not be denied that we often hold assumptions about a person’s level of education based on the nature of his/her job.

For example, those who do manual jobs such as construction workers or market vendors are assumed to be people who did not finish their college education while office workers and those holding higher positions are believed to be college graduates.

That’s why in Indore, India, a fruit seller recently went viral because she surprised everyone with her fluent English and that fact that she actually holds a PhD! Whoa. Why is she still a fruit seller with such a qualification? 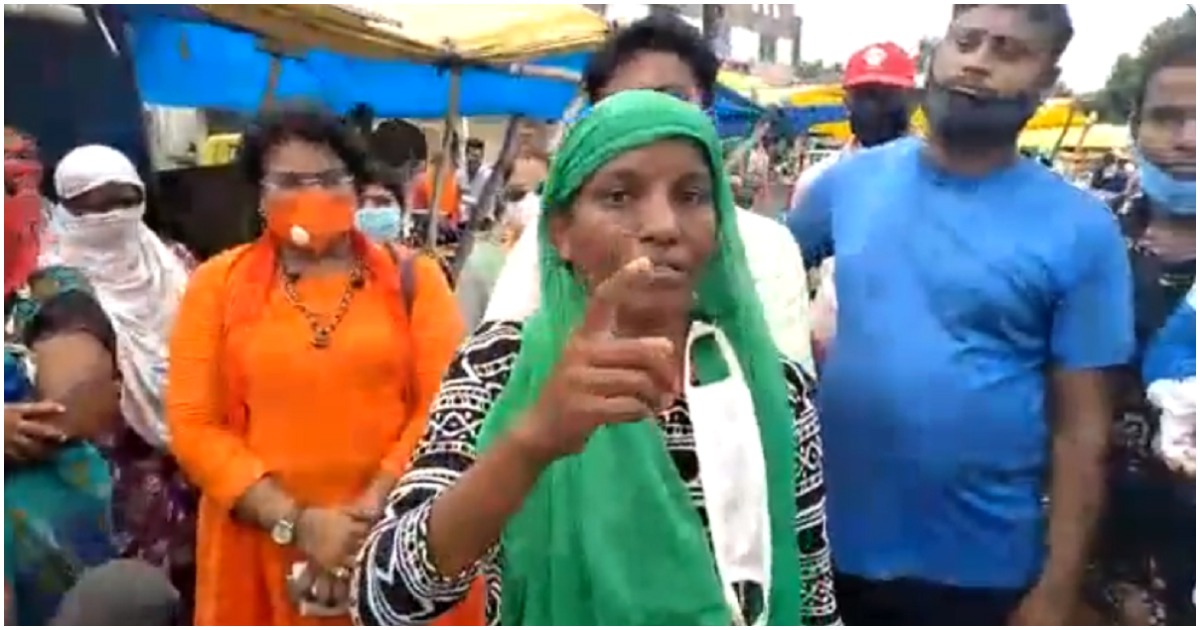 Identified as Raeesa Ansari, the fruit seller actually holds a PhD (Doctor of Philosophy) in Material Science from Devi Ahilya Vishwavidyalaya in Indore, India. But it led to many questions as to why she’s a fruit seller when she could actually be working in a prestigious university as professor or researcher.

Ansari claims that she was unable to find a job even after graduating with a PhD because she’s a woman and a Muslim. She completed her PhD in 2011 but no institution hired her; she believes this is due to “prejudices against her community”.

“The first question is: who will give the job to me? The perception that coronavirus is being generated from Muslims has become common now. Because my name is Raeesa Ansari, no college or research institution is willing to give me a job,” Ansari added.

After months of trying to find a job in her field of study, Ansari eventually gave up and simply turned to her family’s business.

Ansari recently went viral after leading the protest against the Municipal Corporation for locking down the marketplaces in Indore, affecting the income of fruit sellers like herself.

After the video went viral, some of her professors reacted and said they could remember her a brilliant student but are surprised to learn that she remained a fruit seller even after she completed her PhD.

*Today, A vegetable seller surprised everyone with her English*

Protest against the Municipal Corporation of #Indore for selling vegetables in Partial Lockdown.

She studied Ph.D in M. science & physics. she said that she had no research & job because she is Muslim. pic.twitter.com/sooqoPUsqM

Can You Get a PhD after a Bachelor’s Degree?

It is a popular misconception that you can only get a PhD after earning your Master’s Degree.

That’s still the traditional route in Europe and other places but such has already changed in the US, Canada, and some other countries where a Master’s Degree is no longer a requirement to enroll for a PhD program.

Another option is for a student to enroll in a Master’s Degree but get ‘fast-tracked’ to the PhD program without completing the requirements for Master’s Degree.