A girl who was just having fun on an amusement park ride got the surprise of her life when a seagull crashed onto her neck while the ride was moving at 120 km per hour! Everything was caught on the ride’s camera but her friend was unaware of what’s happening.

Although there are still thousands, even millions, of active COVID-19 cases across the world, many places are already slowly going back to normal.

There are still restrictions being imposed, but lots of public places, including amusement parks, are open again in the US and other places where massive vaccinations are being done. 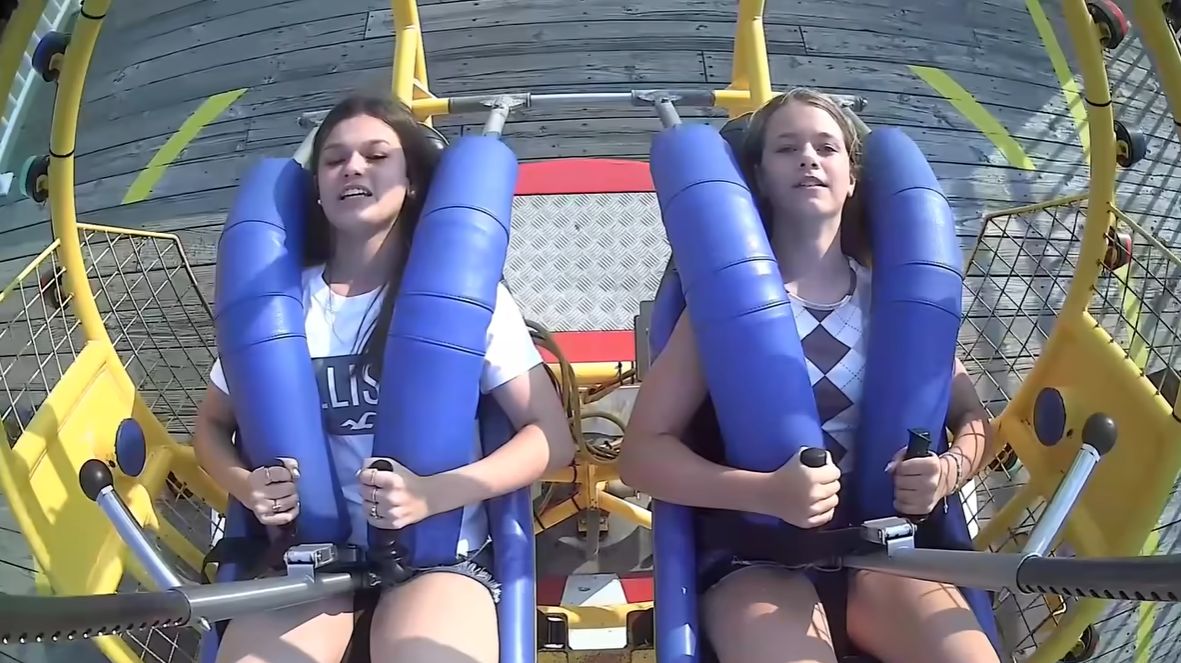 Two teens were enjoying their time on the SpringShot ride at Morey’s Piers in New Jersey, USA, when a seagull landed on one of them while the amusement park ride was moving at around 120 km per hour.

The bird crashed onto the neck of 13-year-old Kiley Holman, while her screaming friend was oblivious to what was happening beside her.

Just like Kiley, the bird must have been so surprised about the crash and it struggled to hold on, with its wings slamming on the ride’s harness.

Moving fast against the wind, Kiley struggled to get the bird off her neck.

Thankfully, after a few seconds of struggle, Kiley managed to remove the bird and it flew to safety. Whew! 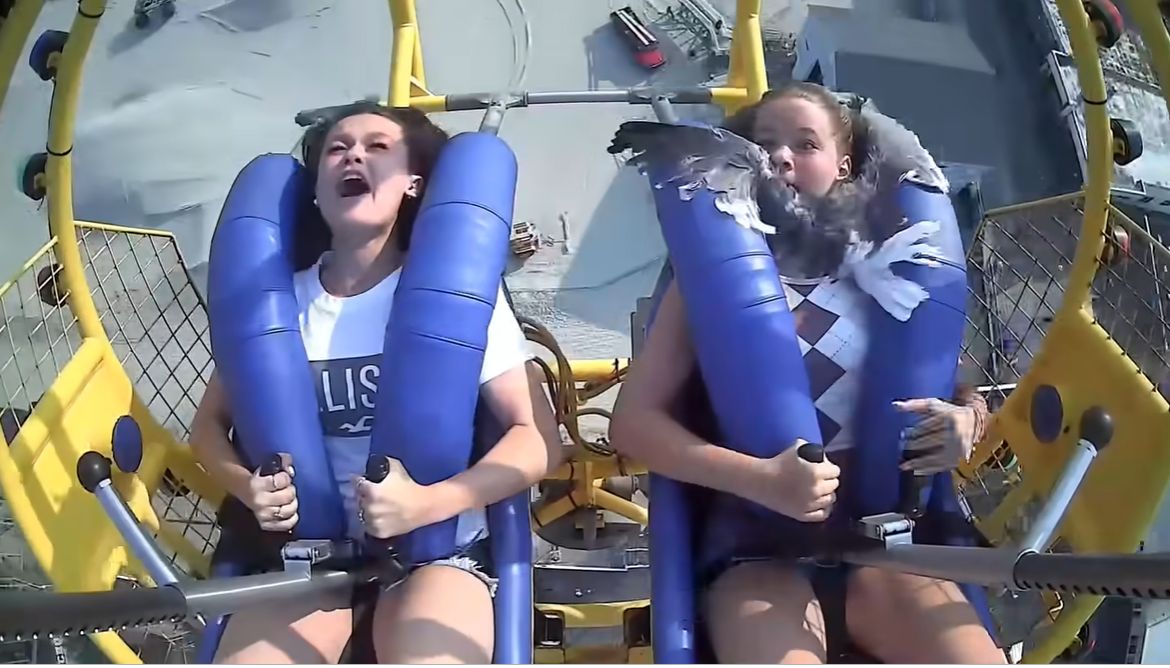 “I always wanted to catch a seagull. I guess that’s my way of catching it,” the teen joked afterward.

Kiley was lucky that the bird didn’t hit her face because it could have caused serious damage at that speed.

Netizens are jokingly calling the bird as “evil”, though it was, of course, also just a victim in this incident. Oooops. Here’s the video:

Did you know that getting hit by a bird can be dangerous, especially if you’re traveling at high speed? Bird strikes have been known to damage airplanes.