Of course, everyone expected the rabbit to win! After all, who would lose a race to the slow tortoise, anyway? No one, right?

Well, the rabbit was so confident he would win the race that halfway across the track, he stopped and took a rest. He could have easily reached the finish line and rest there but knowing that the tortoise is so slow, he knows that he could still easily defeat the reptile even he took a break. 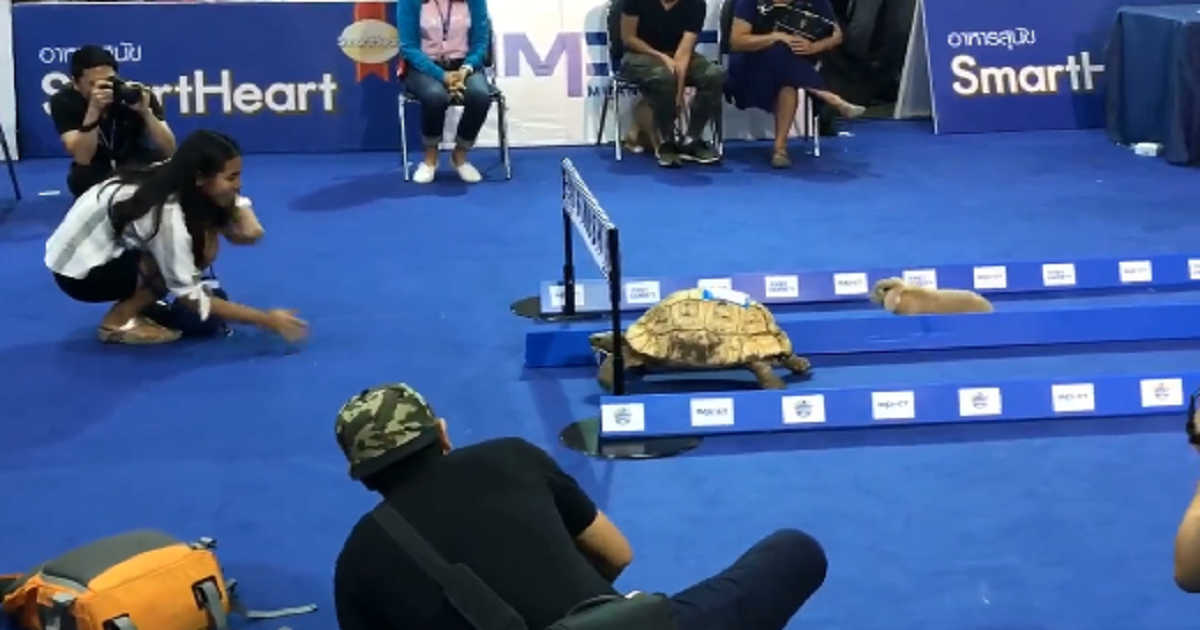 But the rabbit did not expect that he would fall asleep.

Meanwhile, the tortoise plodded on. He knew there was no way he could possibly win the race but after taking on the challenge, he decided to go on to the finish line despite having almost zero chances of winning.

Amazingly, despite being slow, the tortoise won the race! By the time the rabbit woke up, he ran as fast as he could to the finish line but it was too late. The slow tortoise had won.

Well, that was a fable – and quite unbelievable right? Still, it has been made as a great example for people to learn a lesson from – that the fastest people do not always win the race because the ‘slow and steady’ can overtake them if they get distracted from their goals.

Still, some people thought it would be a good idea to actually do the race and, well, test the story. What do you think happened? Surely, the rabbit won that race, right? After all, that fable was just a story and rabbits are fast. Hmmmmm.

Check out what actually happened in the real-life race between the rabbit and the tortoise:

Who Wrote the “Rabbit and the Tortoise”?

The story is credited to Aesop, a storyteller and slave in ancient Greece who wrote several stories, mostly fables.