While Philippine President Rodrigo Duterte has millions of supporters, he also has millions of bashers – and there are some who go out of their way to criticize everything that he does.

But while most people simply bash the president over his actions or even take his supporters to a virtual fight on social media, there are those who hate him so much that they blame him for just about anything that happens in the country, even natural calamities – and there are also those who wish harm on the country or his family just to ‘teach Duterte a lesson’!

One of these bashers is fashion blogger Bryan Boy who tweeted last week, “I can’t wait for typhoon season to hit Philippines para maturuan ng lesson si Duterte (so Duterte can be taught a lesson). Go right ahead and burn your international aid.” 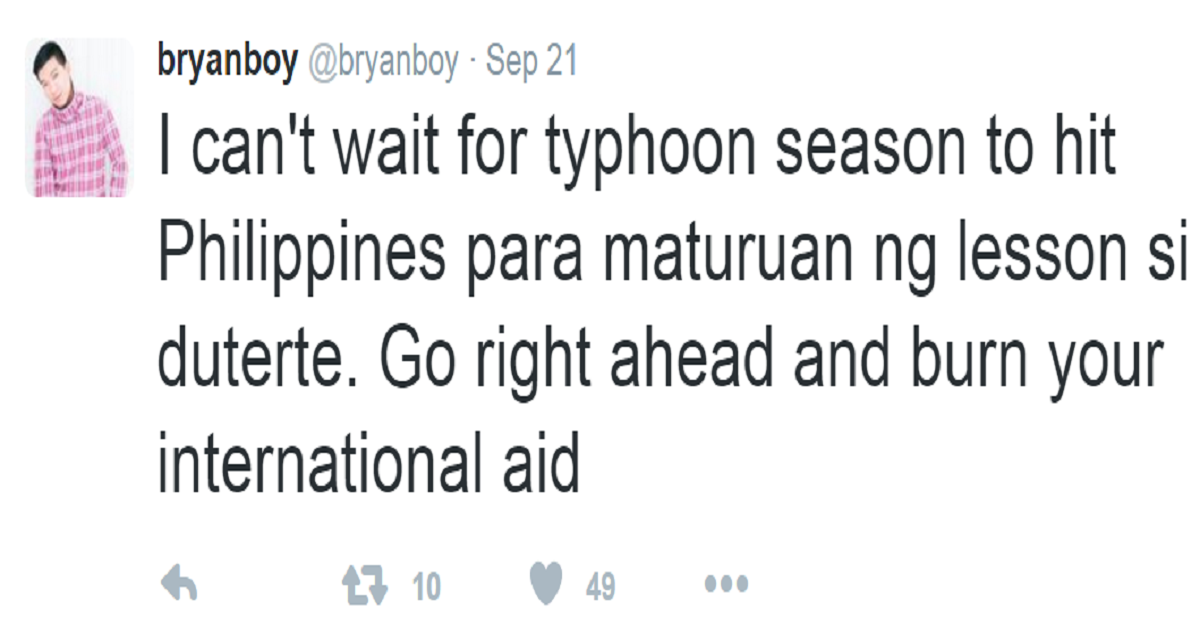 It is clear that Bryan Boy is implying that he wants a huge natural calamity to happen because international aid often comes during devastating calamities such as the deadly supertyphoon Yolanda which brought billions of aid from across the world.

Government officials, especially then Interior Secretary Mar Roxas have repeatedly been accused of misusing the Yolanda funds, especially because people had expected the Yolanda-hit areas to be greatly improved by now as billions of money has been received to rebuild these areas yet it shocked people, including now Housing Czar VP Leni Robredo that only about 1% of Yolanda home projects have been completed and released to the recipients nearly 3 years after the calamity happened! 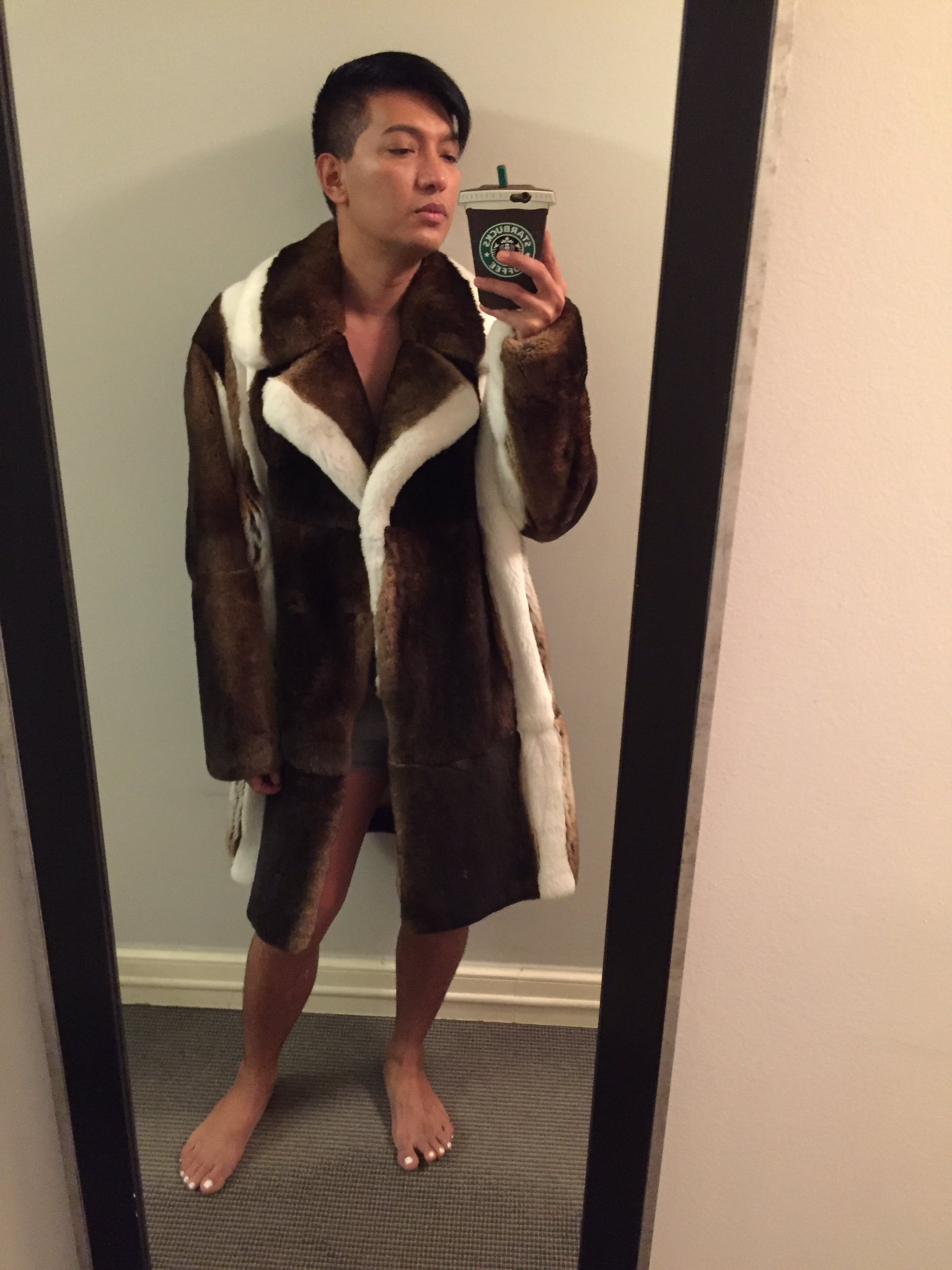 People couldn’t help but ask where the billions of Yolanda funds went! Naturally, the government officials of the Aquino administration were blamed because they were, after all, the ones who handled the money.

So, it seems that Bryan Boy wants something like that to happen for Duterte to fail and ‘burn’ the international aid. It seems that the fashion blogger has conveniently forgotten that Duterte, then the mayor of Davao City, had one of the first ones to actually bring aid to the calamity-stricken areas!